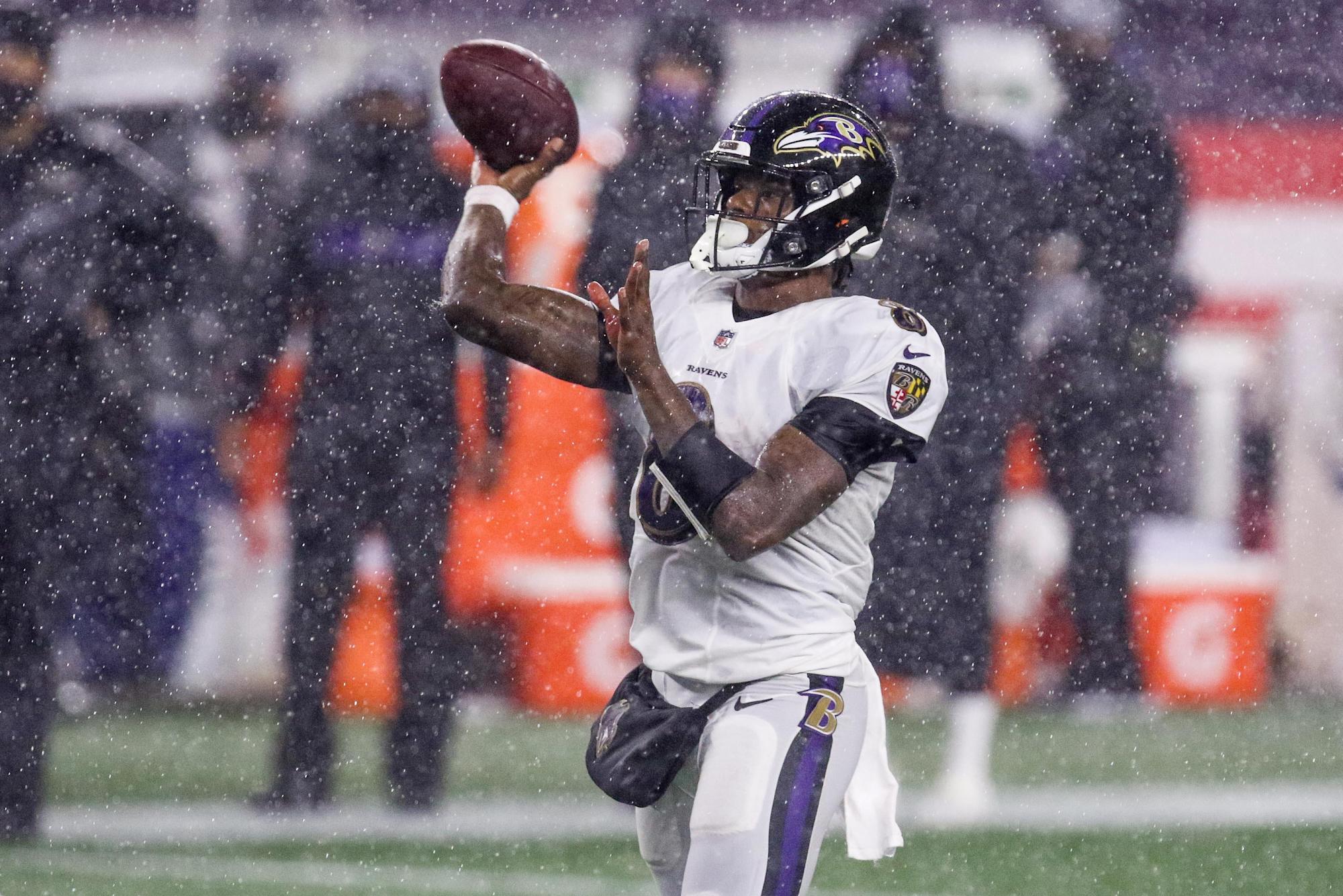 The Baltimore Ravens have been getting a lot of attention from Pro Football Focus over the last few days and weeks. They’ve provided plenty of controversial opinions on players like Lamar Jackson and J.K. Dobbins, and have seemingly once again riled up Baltimore fans with another Ravens take.

Eric Eager of PFF named his top-10 quarterbacks in the NFL, and received quite a bit of backlash from multiple fanbases based off of his rankings. However, the decision that was arguably the most controversial was Eager putting Baltimore quarterback Lamar Jackson at No. 10 on his list behind a few players that some deem worse than the former Lousiville star.

In reality, Jackson probably ranks anywhere from 3rd to 7th on the lists of many. However seeing the fourth-year signal caller behind players like Matt Ryan, Kirk Cousins, Baker Mayfield, and even Dak Prescott is a bit surprising to say the least. Despite a relatively poor playoff performance over his first three seasons, Jackson has proved to be a dynamic threat with both his arm and his legs, and not just anyone can put up the numbers, break the records, and win the awards that Jackson has in such a short amount of time.

There are plenty of talented quarterbacks currently starting around the NFL. Ranking them can be difficult, but for a former unanimous MVP who has dominated the league since becoming the starter in the middle of the 2018 season, being ranked at No. 10 doesn’t do him a lot of justice when comparing him to other talents across all of football.