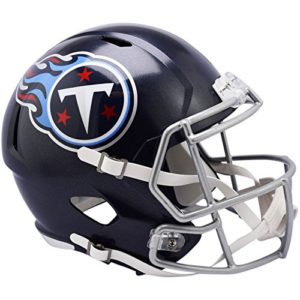 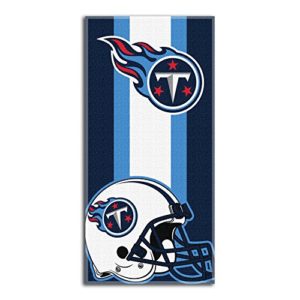 Previously often known as the Houston Oilers, the group was based by Bud Adams who owned it till his loss of life in 2013 and started play in 1960 in Houston, Texas, as a constitution member of the American Football League (AFL). The Oilers received the first two AFL Championships along with 4 division titles and joined the NFL as part of the AFL–NFL merger in 1970. The Oilers made consecutive playoff appearances from 1978 to 1980 and 1987 to 1993, with Hall of Famers Earl Campbell and Warren Moon, respectively.

The team relocated from Houston to Tennessee in 1997 and performed on the Liberty Bowl Memorial Stadium in Memphis for one season. The staff then moved to Nashville in 1998 and performed in Vanderbilt Stadium.

For these two years, they have been often known as the “Tennessee Oilers”, but changed their name to “Tennessee Titans” for the 1999 season. The group currently plays at Nissan Stadium in Nashville, which opened in 1999 as Adelphia Coliseum. The Titans’ training facility is at Saint Thomas Sports Park, a 31-acre (13 ha) site at the MetroCenter advanced in Nashville.

Throughout the club’s historical past, the Titans have played within the Super Bowl once (XXXIV, at the finish of the 1999 NFL season); the Titans lost 23–16 to the St. Louis Rams. Led by Steve McNair and Eddie George, the Titans made the playoffs in all however one season from 1999 to 2003 but only made the playoffs twice within the subsequent thirteen years. Since 2016, the Titans have had 5 consecutive winning seasons, probably the most since they were the Houston Oilers, and made three playoff appearances in that time.