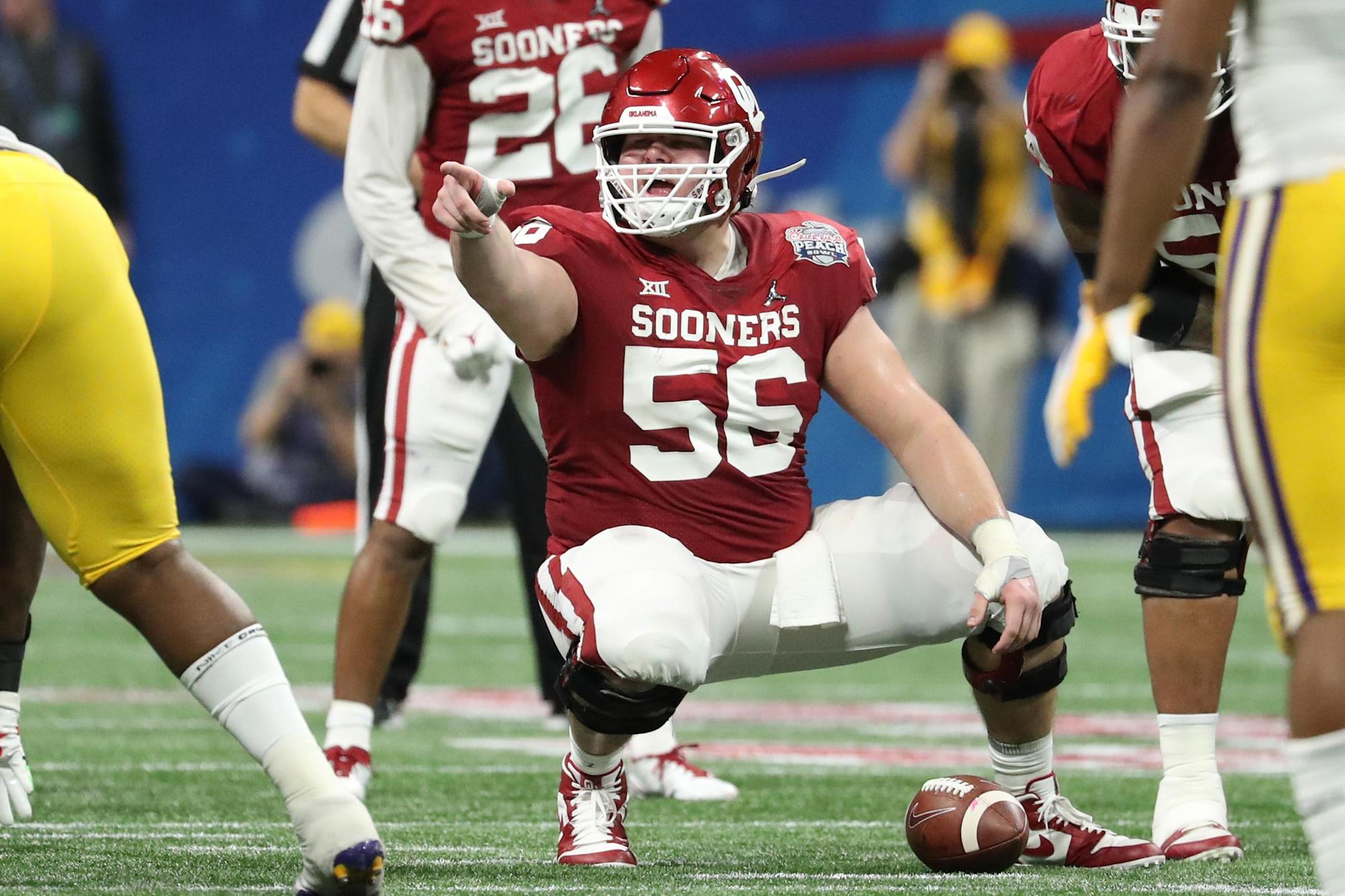 Up next is Oklahoma center Creed Humphrey:

– Very reliable pass blocker. Allowed zero sacks, had a 0.3% blown pass-block rate and was only charged with two holding penalties in 2020, per Sports Info Solutions. Over his three-year career (and 37 starts), allowed 28 pressures and zero sacks on 1,297 pass-blocking snaps, per Pro Football Focus

– Displays good awareness and football IQ. Quickly identifies threats to his quarterback and reacts accordingly. Will pass off twists and stunts when needed. Consistently keys on the “most dangerous man” and communicates post-snap protection adjustments to his guards. Looks for work when he’s uncovered

– Really good at walling off defenders and sealing run lanes. Smooth athlete in space and quick for his size. Has no trouble getting to second-level blocks early. Not really a people mover in the run game; wins primarily with body positioning, blocking angles, leverage and hand placement

– Shows great competitive toughness. Battles through every rep and shakes off mistakes quickly. Finishes blocks through the whistle

– Has the flexibility, balance and lower-body strength to recover/re-anchor when defenders get into his chest and create pushback

– Has three years of starting experience

– Allows power rushers to get underneath him and collapse the pocket a little bit from time to time. Struggled somewhat with bull rush from former Baylor nose tackle Bravvion Roy in the 2019 Pac-12 Championship Game

– Arm length (32 1/4″) could be a minor concern for teams when projecting his performance against longer-limbed interior defensive linemen, but remember this: the Packers just watched Corey Linsley play at an All-Pro level with 32″ arms

If the Packers aren’t satisfied with some combination of Jon Runyan Jr., Simon Stepaniak and Lucas Patrick at center and right guard, they may feel inclined to draft an interior offensive lineman early. Humphrey could be an ideal Corey Linsley replacement at center, and he’d be a great fit for Matt LaFleur’s wide-zone run scheme with his ability to pull and get to the second level.

In terms of play style, he reminds me a little bit of Ryan Kalil, the former Carolina Panthers All-Pro center. Humphrey is two inches taller than the five-time Pro Bowler but has similar athleticism and a comparable skill set. Both players display a high football IQ, are good pass blockers and rely more on positioning and technique than pure power to execute their blocks in the run game.

Probably pick No. 29, although they may be able to trade down and still select him. With the injury history of Alabama center Landon Dickerson taken into account, Humphrey could be the second interior offensive lineman off the board after USC’s Alijah Vera-Tucker. At a minimum, it sounds like he’ll be a top-50 pick.