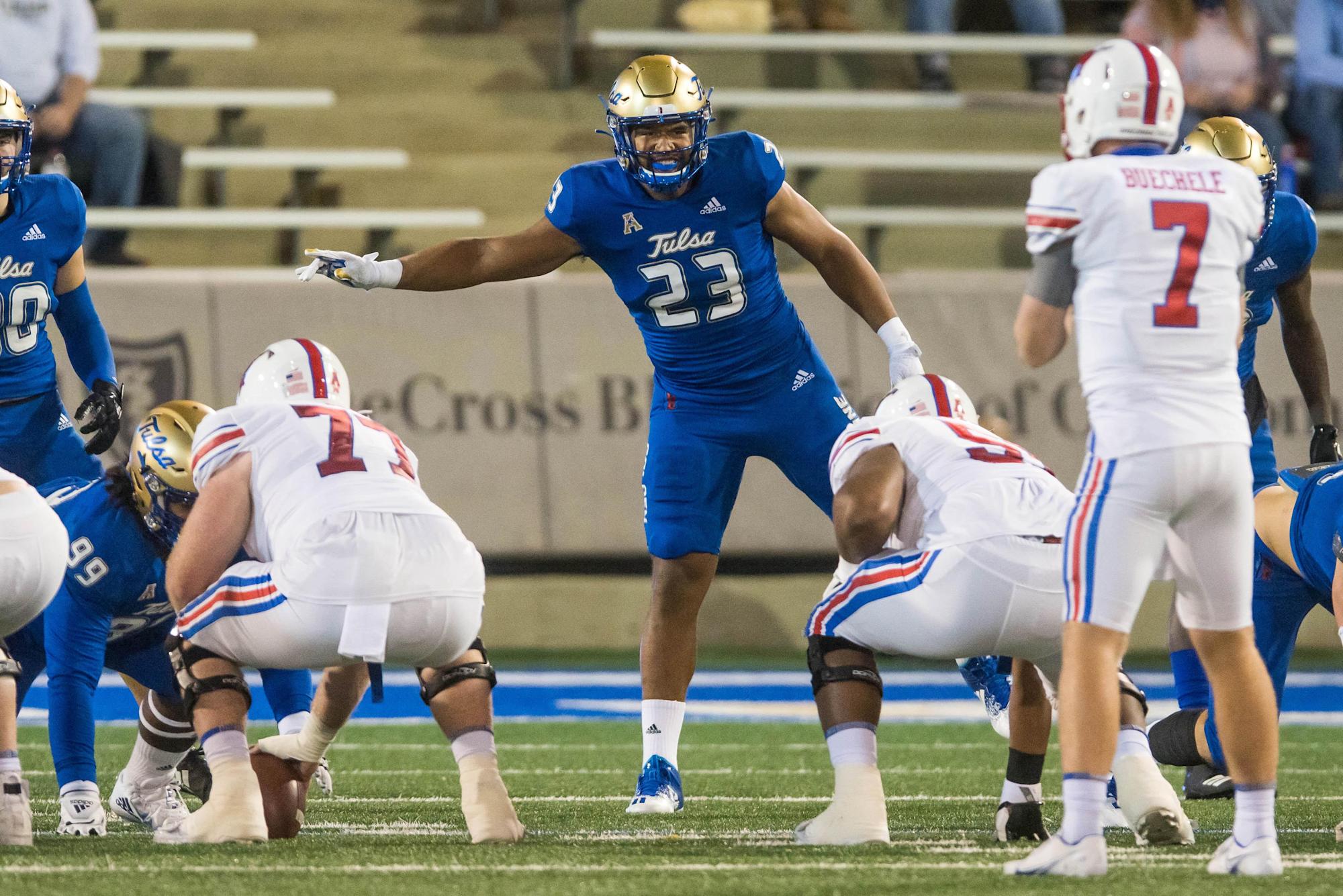 Up next is Tulsa linebacker Zaven Collins:

– Exceptional size for his position. Stands at a legit 6-4 and carries 260 pounds very well. Great build with long arms and torso with ideal muscle mass

– Really quick to fly to the ball. Has sideline to sideline range and explosive movements firing off the ball

– As a run defender, beats blockers to the point of attack with his supreme play speed

– Good tackler thanks to his ability to take effective angles and prowess to secure and bring down ball carriers. Has an impressive motor to make second effort tackles

– Super comfortable dropping into coverage. Gets good depth and has a good feel for routes developing behind him. Is able to get in good position to take away passing lanes

– Effective pass rusher that can occasionally play on the edge take on a tackle by implementing a speed rush. More times than not will have a positive impact affecting the quarterback. Finished with 7.5 sacks in three seasons

– Decent blitzer. Uses burst and timing to beat offensive linemen off the snap and disrupt plays

Early on, it would be best to implement Collins as a WILL linebacker. This would allow him to showcase his downfield burst and tracking ability while bringing down ball carriers from the backside of plays. Both Krys Barnes and Kamal Martin are better suited as MIKE linebackers. Having Collins on cleanup duty is an ideal role for him, and he can also fill in on obvious passing downs. The Packers could line him up on the edge and kick Za’Darius Smith inside if they wanted. Collins would provide a nice change of pace as a pass rusher and may find some success there. Eventually, Collins could become a full-time linebacker at the MIKE position if he gets better at using his hands and length to take stack and shed blocks.

Former NFL linebacker Karlos Dansby. Dansby was a very successful linebacker for four different NFL franchises, including the Arizona Cardinals, Miami Dolphins, Cleveland Browns, and Cincinnati Bengals. He played 14 seasons and finished with 1,417 tackles, 43 sacks, 20 forced fumbles, and 20 interceptions. Like Dansby, Collins projects to be a do-it-all linebacker, who can remain effective in a variety of roles.

Collins is a first-round talent, but he’s not the most NFL-ready inside linebacker coming out. Teams have more pressing needs, which could allow him to fall into Green Bay’s lap at No. 29. The back end of the first round feels like good value for his skill set, but the Packers could try to trade back into the 30s and still select him. However, that’s a risky call because you risk not getting your guy. Green Bay could do worse things with their 29th pick than selecting Collins. He has a chance to be a dynamic chess piece and a transcendent talent for years to come.