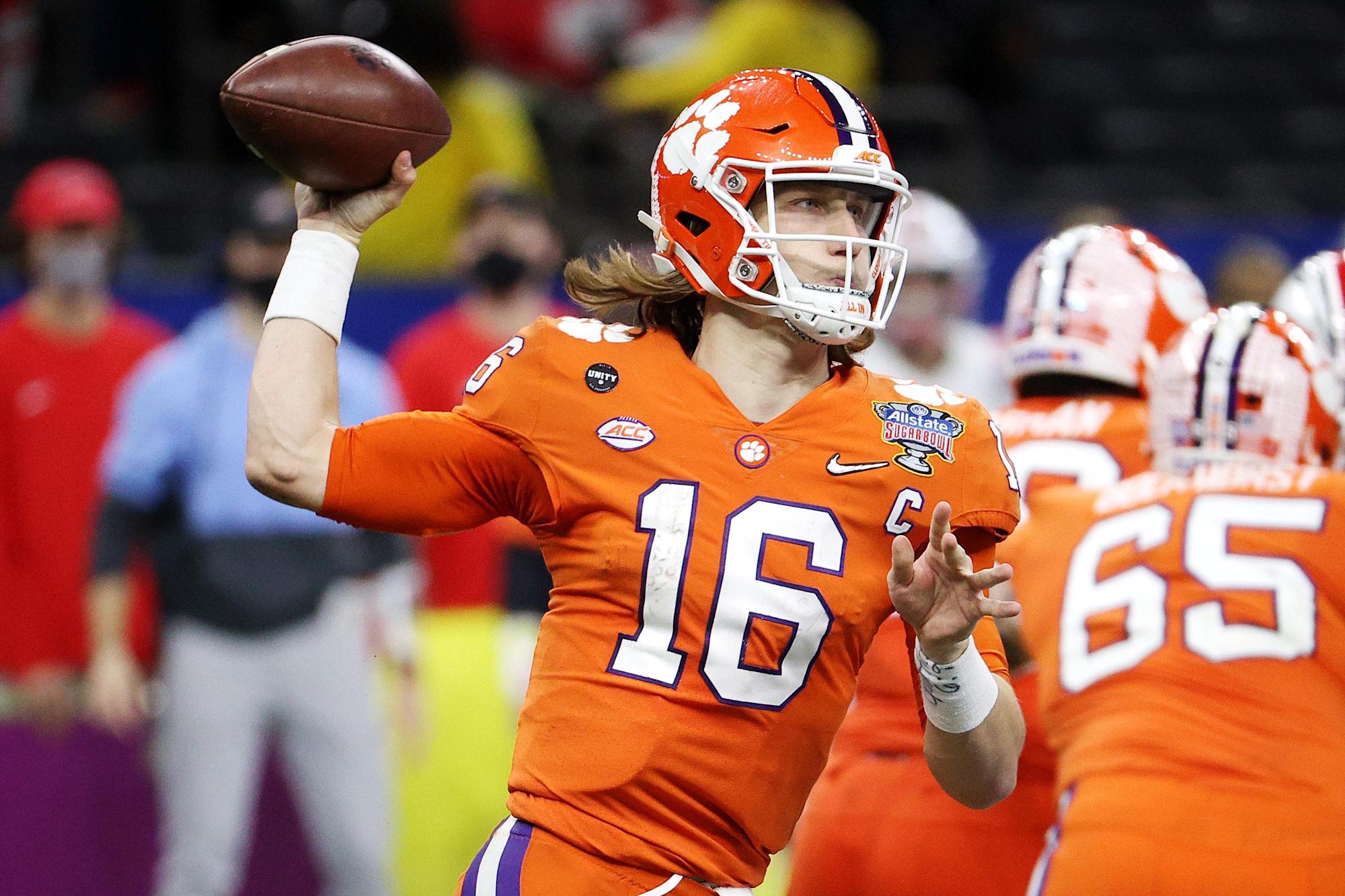 We’ve known for quite some time that the quarterback class for the 2021 NFL draft was a special one, but it could be historic.

Never before in NFL draft history have we seen four quarterbacks selected with the first four picks, but with this year’s talented crop of top passers, could it finally happen?

Alabama’s Mac Jones doesn’t wait too long to hear his name called, either, as this mock sends him to the New England Patriots at No. 7 overall after a trade up from No. 15 with the Detroit Lions.

A pair of talented pass-catchers are the first non-quarterbacks off the board in this projection, with Florida tight end Kyle Pitts heading to the Cincinnati Bengals at No. 5 overall, and LSU wide receiver Ja’Marr Chase landing with the Miami Dolphins at No. 6 overall.

The Carolina Panthers wisely snatch up Oregon offensive tackle Penei Sewell at No. 8 overall, while the first defensive players off the board are back-to-back cornerbacks, with Alabama’s Patrick Surtain (No. 9 overall, Denver Broncos) and South Carolina’s Jaycee Horn (No. 10 overall).

The Lions luck out after their move down to No. 15, as they still manage to land a top-10 talent in Penn State linebacker Micah Parsons.

To check out the complete first-round projection at CBS Sports, click here.