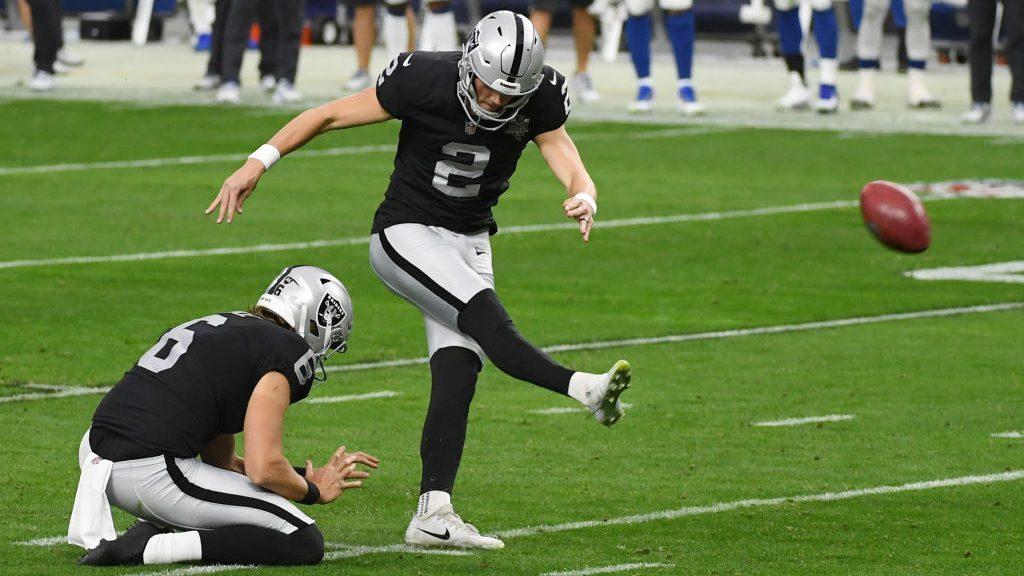 The Raiders have made a couple of moves at kicker over the last two days.

Las Vegas placed Daniel Carlson on the reserve/COVID-19 list on Saturday. On Sunday, the club re-signed Dominik Eberle to replace Carlson on the active roster.

Eberle spent the 2020 season on the Raiders’ practice squad after signing with the club as an undrafted free agent out of Utah State. Hailing from Nuremberg, Germany, Eberle set eight program records while at Utah State.

The Raiders had cut Eberle on July 26 to make room for punter Corliss Waitman on their roster.