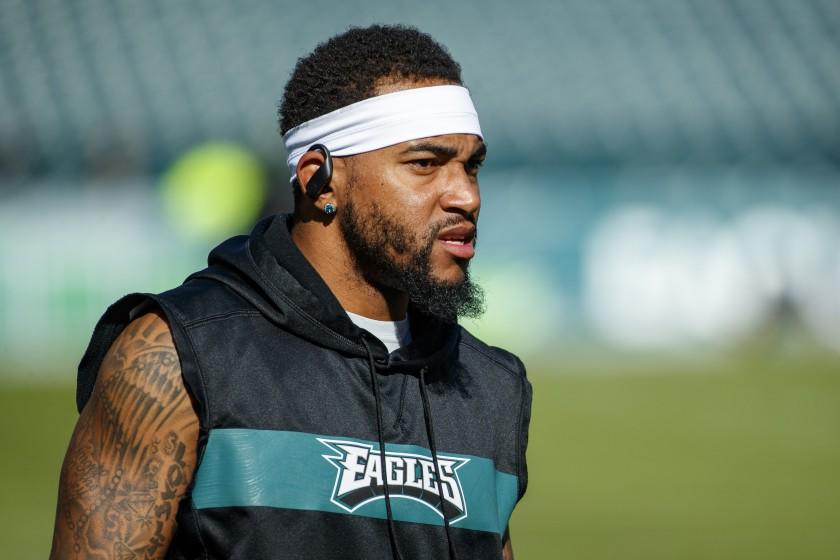 As the Rams prepare for the NFL draft, The Times will examine their roster. Part 1 of 8: Receivers and tight ends.

But in 2020, the Rams lacked a deep threat, a speedy player who could run longer routes, stretch the defense and create more opportunities for Woods and Kupp.

In March, the Rams signed DeSean Jackson to fill that role. During his 13-year NFL career, Jackson, 34, established himself as one of the league’s elite playmakers, especially on longer routes. He has averaged 17.4 yards per catch. Eight times, he has finished a season with receptions that covered 80 yards or more.

Jackson was sidelined or slowed by injuries the last two seasons with the Philadelphia Eagles and played in only eight games. But Jackson, a Los Angeles native, is eager to be reunited with coach Sean McVay, Washington’s offensive coordinator when Jackson played there in 2014-2016.

“To be back home is a great addition for my family and for where I’m at in my career,” Jackson told reporters last month.

Last season, Woods caught 90 passes for 926 yards and six touchdowns. Kupp caught 92 passes for 974 yards and three touchdowns, but was forced to sit out an NFC divisional-round playoff game because of knee bursitis.

Van Jefferson, a second-round draft pick in 2020, caught 19 passes for 220 yards and a touchdown.

Free agents: The Rams signed Jackson to a one-year contract that could be worth as much as $4.5 million. The departures of Josh Reynolds (52 catches), who signed with the Tennessee Titans, and tight end Gerald Everett, who signed with the Seattle Seahawks, were expected.

Draft: The addition of Jackson won’t preclude the Rams from possibly drafting a speedy receiver who could supplant Jackson if the veteran’s recent injury woes continue.