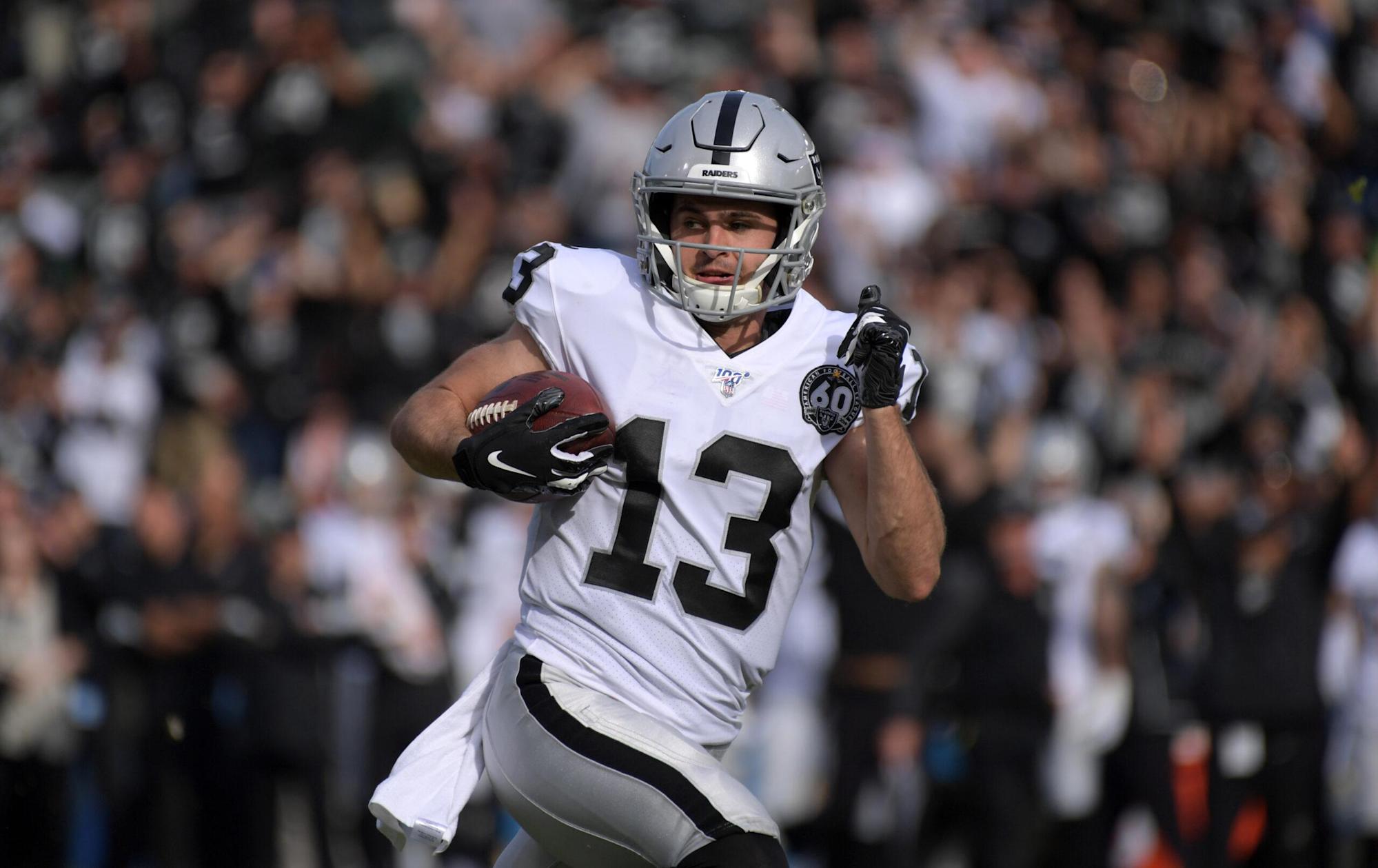 Derek Carr called Hunter Renfrow’s number a few times in Wednesday’s scrimmage between the Raiders and Rams. That alone is nothing worth reporting. It was who was lined up across from Renfrow and what he did to that man that makes it special.

It was All-Pro cornerback Jalen Ramsey. And Renfrow, quite frankly, lit him up.

Ramsey had been doing his signature amount of trash talking today and it started from the moment he first lined up across from a Raiders player in one-on-ones. He was also being far more physical than you expect to see in a practice session. Which made what happened next all the more delicious.

The fiery cornerback lined up in the slot a great deal today, where he was also coming up to make hits on ball carriers. Moments after Ramsey knocked off Josh Jacobs’s helmet and TE Foster Moreau got in his face about it, Derek Carr went right after Ramsey to see if he could back all that up in coverage.

Renfrow came across the formation from left to right, putting on a move that had Ramsey so far behind him that Renfrow had a good five yards of space to make the deep catch up the right sideline and was gone. This type of play for Renfrow is no fluke according to his quarterback.

Even still, so fool Ramsey once, big deal. But Renfrow was not done taking it to Ramsey. A short time later, Carr threw for his slot machine along the left sideline, this time with Ramsey in tight coverage. And Renfrow leaped in the air to lay claim to the ball right in front of Ramsey.

“I told Hunter on the bus ride back to [the team hotel], I said it give me confidence that I can cut it loose even sooner knowing that you’re going to fight for me against good corners,” said Derek Carr. “Like we saw, Jalen’s there. The catch that Hunter had to make, if not Jalen’s picking it or knocking it away, it gives me confidence to cut that ball loose to him no matter who’s guarding him. You can’t say that for everybody on the roster.”

It wasn’t long before Ramsey took to Twitter to shoot down all the talk about him getting burnt by the 5-10, 185-pound slot receiver.

Calling himself “the chosen one” is what we’ve come to expect from Ramsey. No doubt there was something said to that effect in practice today just before Renfrow laid him to waste. But while Ramsey talks, Renfrow just goes about his business. And afterward, moves on.

“(It felt) good I guess,” Renfrow said when I asked how it felt to make those catches on Ramsey after all the trash-talking. “For me personally I don’t really know when people are talking. I’m just kind of locked in and doing my job. But yeah it was definitely spirited. He’s obviously a great player. There’s a reason why he’s one of the best players in the league.”

“If I can beat Jalen Ramsey, I can beat anybody. Because he’s one of the best. And that’s how I approach it. He got me a few times today and so hopefully tomorrow we’ll make each other better again.”

I think it’s fair to say Ramsey will still be posturing tomorrow. And probably head out there looking to prove a point. Let’s just hope his hurt ego doesn’t lead to him physically hurting Renfrow or anyone else because at times today it seemed like that was his aim.