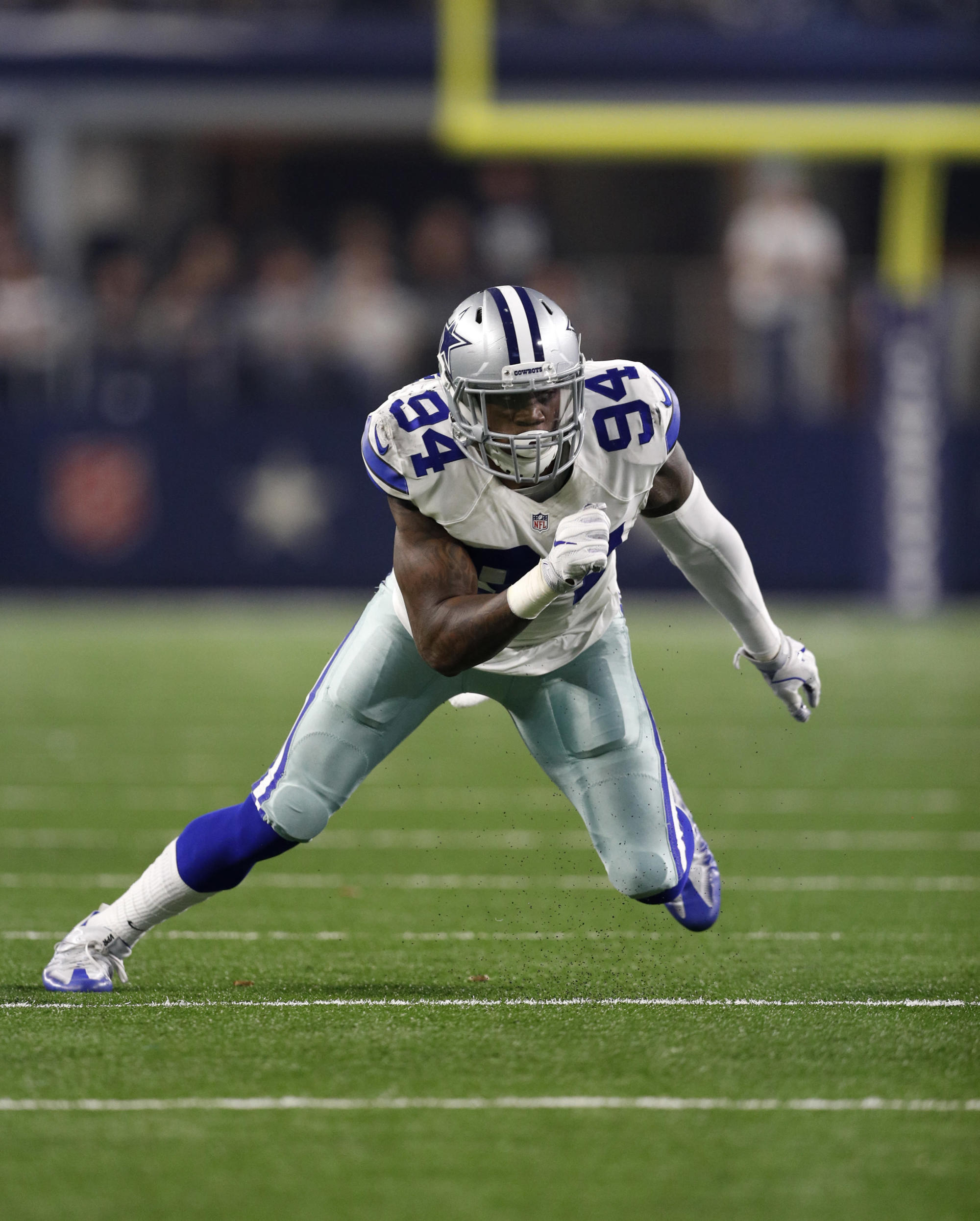 Randy Gregory is a talented defensive end for the Dallas Cowboys, and he just might be the most natural edge rusher on the roster. It’s taken longer than the team had hoped, but the Cowboys finally have Gregory available for a full offseason for the first time since they drafted him in the second round of 2015.

Gregory hasn’t been able to put it all together on the field just yet, primarily because he’s had so many interruptions to his stop-and-start career based on off the field infractions. but this appears to be the season Gregory breaks out to be a difference maker the defense desperately needs opposite DeMarcus Lawrence.

Due to suspensions and injury, Gregory has only played in 38 of a possible 96 games and has never been able to entirely prepare for a season. He has only scratched the surface of his ability since he’s entered the NFL and participating fully in the offseason program should benefit the Dallas defense. Last season, despite playing in just 10 games, Gregory still tied for third in sacks (3.5) and tackles for loss (6.5) on the Cowboys. His best season as a pro came in 2018 when Gregory played in a career-high 14 games picking up six sacks and 15 QB pressures. That year came off the heels of being suspended for the entire 2017 season and Gregory’s reinstatement coming in the summer. Those are impressive numbers for a player who missed a full year of football and couldn’t prepare for the following season until the summer. However, in 2018, one could see Gregory starting to work back into football shape. With five sacks in the final eight games he demonstrated what was possible if he could stay on the field. Another suspension for violating the league’s substance-abuse policy came in 2019 and caused Gregory to miss that season. He was reinstated again just in time to play last season, but for just 10 games as the commissioner decided he needed to miss the first third of the season even though he had been reinstated. Strangely enough, despite being back, he found himself behind lesser players such as Dorance Armstrong in Mike Nolan’s one-and-done defensive scheme and rotation. When Gregory played a large amount of snaps, the Cowboys’ defense was decidedly better. In the five games Gregory played 30 or more defensive snaps, the Cowboys allowed 20.8 points a contest. In the other 11 contests they allowed 33.5 ppg. Near the end of the 2020 season, it was easy to see Gregory had once again worked himself into football shape. Now clear from troubles as the league’s stance on not suspending players for marijuana softened, Gregory can build on that momentum and have a full offseason to prepare to be the edge rushing terror he was drafted to be. Off the field, he proclaims to be in the best mental state of his career, as he’s spoken previously of his depression and other issues which led to his marijuana dependency. https://www.youtube.com/watch?v=i4JeiQ0Hyzg Gregory can now to work on his craft and improve on all the complexities that will him better player. Barring injury, Gregory is slated to play in all 17 games and be Lawrence’s bookend. It could make for an explosive tandem. The last two seasons where Lawrence and Gregory have played at least 10 games together for the Cowboys, in 2018 and 2020 respectively, the duo has combined for 26.5 sacks. That might not seem like an impressive total but considering Gregory hasn’t played a full season in the NFL yet and missed significant time, it’s an admirable number. Gregory will be 28-years old when the season starts, so he’s still in the prime of his career. There’s no reason he can’t be a big part of the defense’s resurgence for Dallas. For now, it will be a contract year for Gregory as he’s set to make $2.1 million between base salary and workout bonuses. A payday could be coming, with both sides having reasons to work on a deal now but also with several reasons to want to see how things turn out in a first season without impediments. The 2021 season might be Gregory’s coming out party. The Cowboys have waited for this time and Gregory could finally be rewarding the team for their patience.

You can chat with or follow Ben on twitter @BenGrimaldi. This profile is part of our countdown series to the regular season.