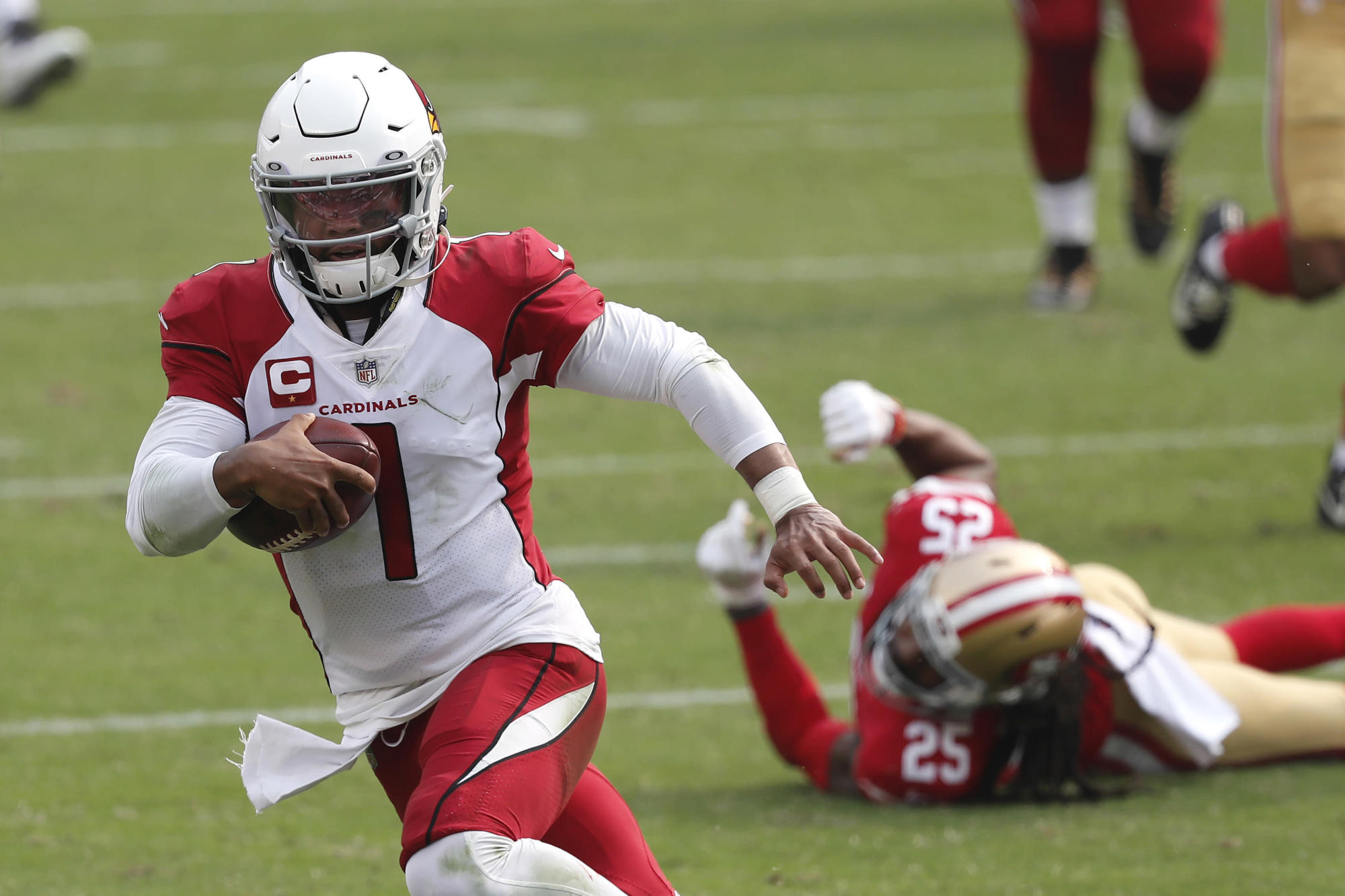 One way to judge the strength of a team’s schedule before the season starts is to look at the quality of quarterbacks they’ll be facing. It’s certainly not foolproof, but there’s no good way to go about evaluating teams before they’ve taken a snap.

San Francisco’s strength of schedule is not great following their last place finish in 2020, and that’s reflected in the quarterbacks they’re set to face.

A couple rookies are scattered across the board, Deshaun Watson and Aaron Rodgers’ immediate futures are both up in the air, and then a number of opposing QBs fall into the middle tier of NFL signal callers that could either win or lose their team a game depending on the day.

We took a look at the 49ers’ schedule and put the quarterbacks in order from worst to best, with a couple of backup QBs added in due to uncertain circumstances.

The Texans didn’t have a pick in this year’s draft until the No. 67 selection. They used that pick to take Mills out of Stanford. He played only 11 games in college.

Green Bay traded up to select Love in the 2020 draft and didn’t suit him up at all as a rookie. The Packers may have a huge problem if he’s starting Aaron Rodgers’ stead when they come to Levi’s Stadium in Week 3. Maybe Love is awesome, but for now he’s a complete question mark.

Deshaun Watson for a myriad of reasons isn’t on this list, so Taylor is the best QB option the Texans have. Taylor is just an okay quarterback and the case can be made to swap him and Dalton. Neither are particularly good and both are the definition of ‘bridge quarterback.’

Dalton started nine games for the Cowboys last season. He’s never been great and now he’s something south of mediocre. It’s hard to believe he’s still QB1 when the 49ers head to Chicago in Week 8, but the game is likely an easier one for San Francisco if he is.

Hurts injected enough of a spark into the Eagles at the end of last season to give himself the starting job this year. His numbers were underwhelming in three starts as a rookie, but he has plenty of room to grow. Still, it may be a year or two for him to start pushing up toward his high ceiling.

Fields should probably be the Day 1 starter for the Bears, unless they believe he’s so far behind developmentally that he wouldn’t be an upgrade over Dalton. He’s mobile, tough, and has a huge arm. We need to see it first with Fields, but there’s a chance the next time the 49ers see him he’s the best QB they face that year.

Lawrence was penciled in as the No. 1 pick as a true freshman at Clemson. Expectations are high, but the learning curve in the NFL is steep. Not to mention the Jaguars haven’t built up a ton of talent yet to help him out.

The trajectory for Burrow was very good prior to his torn ACL last season. It remains to be seen how he bounces back from a major injury, but he has a chance to be excellent as long as the Bengals offensive front can keep him upright.

It’s hard to imagine a change of scenery is going to do good for Goff since he’s leaving the protection of offensive wunderkind Sean McVay. He has more experience than the guys behind him, so he takes this spot, but it wouldn’t be a surprise if by the end of the year he’s pushed back a few spots.

Who knows what version of Wentz will show up back under the guidance of Frank Reich. If he’s the Wentz who the Eagles were so eager to trade, he’ll finish the year in a worse spot than this. Getting back with Reich could also elevate him back toward the MVP-caliber QB we saw in the 2017 season. Indianapolis is good, and Wentz’s play will make or break their season. For now, he sits in the middle.

Tannehill has been very good in two seasons with the Titans. Offensive coordinator Arthur Smith left this offseason to take the Falcons head coaching job though. It’s hard to imagine he tumbles or rises very far from this spot, but losing Smith could have a sizable negative impact on the former first-round pick.

Copy/paste the Cousins blurb here, but with Ryan’s name instead and Atlanta instead of Minnesota. He’s synonymous with late-game meltdowns in Atlanta though, which doesn’t help the perception of what’s been a pretty strong career.

It feels like a crossroads season for Murray in 2021. He struggled down the stretch last year after a strong start, but he is undeniably talented and he gives the 49ers fits. The Cardinals will be very hard to stop offensively if Murray makes the leap. For now he sits just outside the top three because he hasn’t put it all together for 16 games yet.

Stafford has never been in an offense close to as explosive as the one McVay puts together in LA. He won’t have anyone as good as Calvin Johnson, but he will have a run game and creativity from the play caller that are way above anything he had in Detroit. Stafford is an extremely talented player. Now he has a chance to pair it with the best complete team he’s been on.

The day Wilson is no longer the Seahawks’ starting quarterback will be a great day for the 49ers. He’s never won an MVP, but he’s been on that level. If Seattle insists on running the ball and limiting Wilson, all their doing is limiting their offense. Wilson is one of the NFL’s best quarterbacks, and he’ll continue to be one of the best the 49ers face.

The reigning MVP may or may not suit up for the Packers again. If he does – he’ll be the best signal caller the 49ers face. If he doesn’t – an already light schedule gets even lighter.