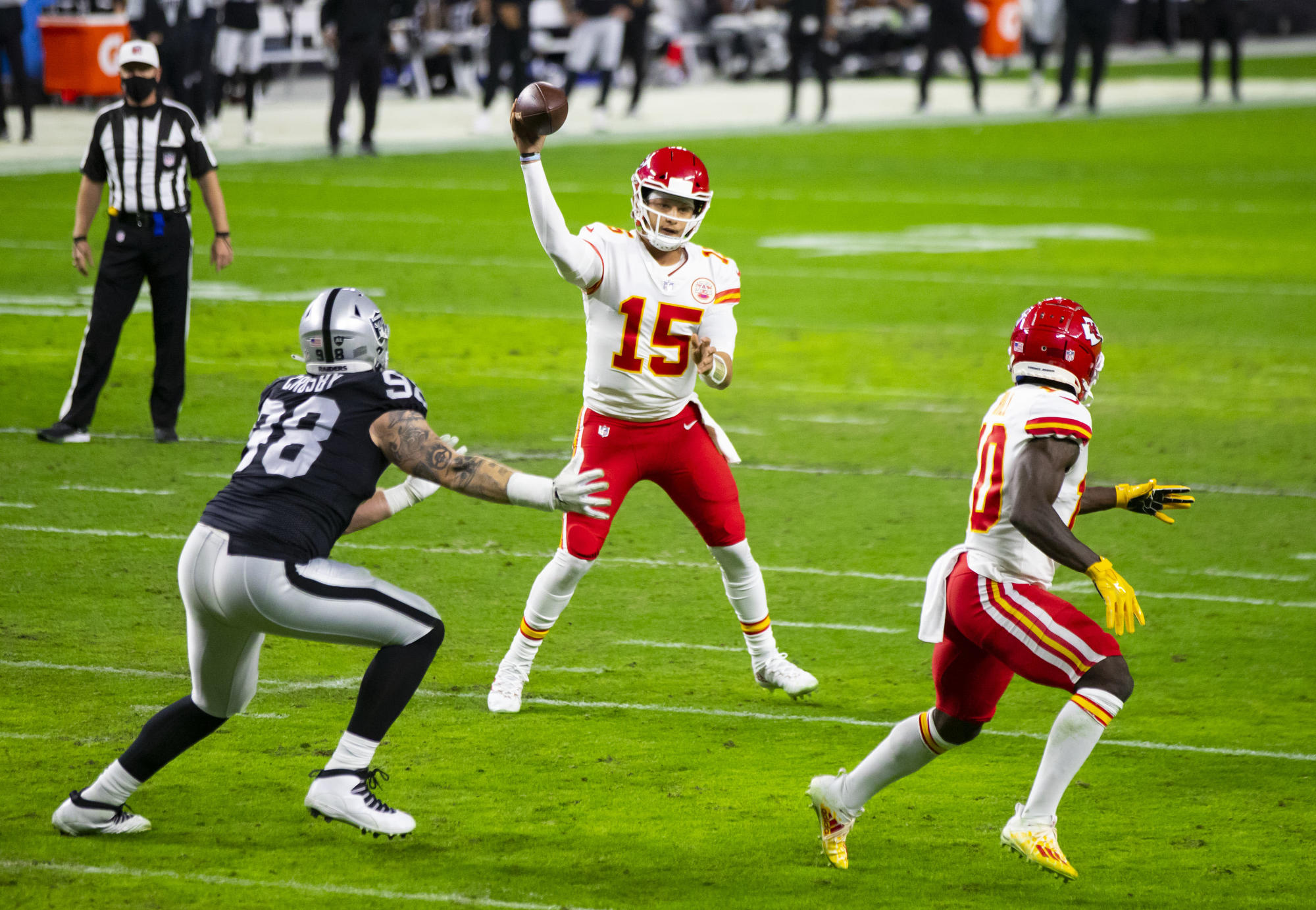 Before a team can think about going on a playoff run, they have to contend with the teams in their division. You win and you’re in. So, it’s kind of important how you stack up against your division rivals.

No position on the football field is more important than quarterback. Yes, it’s a team sport, but there’s a reason quarterbacks tend to be judged by wins and losses, even if it isn’t always entirely fair. It’s because how many wins a team has hinges heavily on the quarterback’s ability to put the team on his back.

So, naturally, that’s where we start in this series.

Mahomes is not just the best in the West, he’s one of the best in the NFL. Having won MVP, a Super Bowl, and a return trip to the Super Bowl the past three years. He needs no other explanation for the top spot in the division.

As a rookie Herbert wasn’t even the starter to begin last season. But a freak injury had him thrown into the fire in week two and he quickly turned the flame on opposing defenses. He threw for over 300 yards eight times, had a passer rating of at least 100 seven times, scored at least three touchdowns eight times, and at least two touchdowns 13 times.

Herbert finished having thrown for 4336 yards and 31 touchdowns to just ten interceptions, a passer rating of 98.3 and cruised to Offensive Rookie of the Year honors. And though the Chargers banged-up defense made wins hard to come by for much of the season, Herbert and the Charger are currently riding a four-game win streak.

Last season Carr set several career highs including throwing for 4103 yards, a 101.4 passer rating, and a QBR of 71. However, he’s never had a season in his career the likes that Herbert or Mahomes did last season. His fumbling issues continued as well, with 11 on the season.

The Raiders also faded down the stretch for the second year in a row, losing five of their last seven games to finish 8-8 on the season.

One of the most replaceable starters in the NFL, Lock’s underwhelming play has had Denver as one of the leading landing spots in a trade for Aaron Rodgers this offseason. That option is still on the table and obviously, if they pulled that off, the Broncos QB situation would jump up to at least second best, if not the top spot.

We work with what we got now, however, and that’s Lock as the starter in Denver. He and his 16 TD’s to 15 Int in 13 starts last season. And his 75.4 passer rating. He seemed to be the difference in 2019 that had the Broncos win four of their final five games.

That was not the case last season on a team with a solid defense and talented skill position players. Lock seems to be what is holding them back.