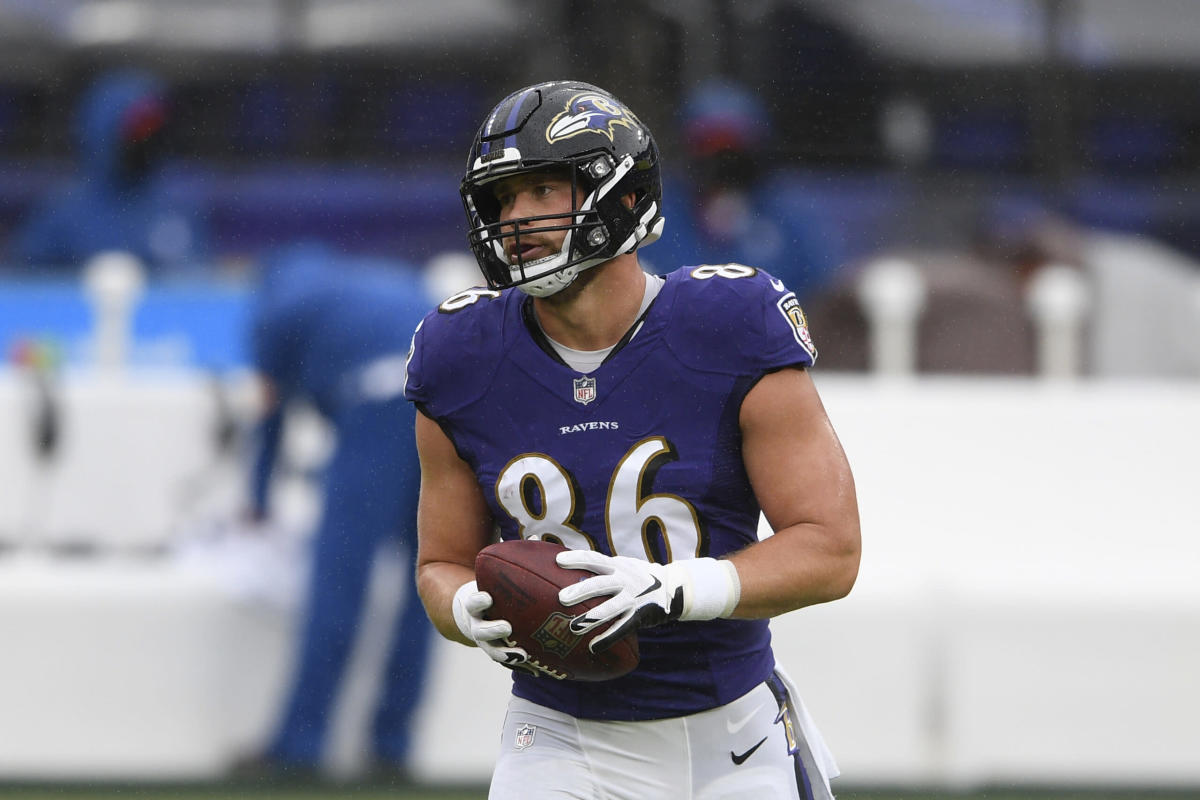 For a while, the Baltimore Ravens have been trying to figure out how their tight end position will look in Week 1 of the 2021 season. Mark Andrews is going nowhere as the team’s No. 1 tight end, but outside of him there have been a bunch of questions including when will Nick Boyle return from his season-ending injury he suffered in 2020, who will be Baltimore’s third tight end and more.

After head coach John Harbaugh said that that Boyle still isn’t ready to play, the team activated him off of the physically unable to perform list, signaling that they will either put him on injured reserve or that he’s close enough to playing where he doesn’t need to miss six weeks.

It was also reported that the Ravens were cutting tight end Eric Tomlinson.

Despite parting ways with the veteran, Tomlinson could return if Boyle is unable to play for the first few weeks of 2021, especially if Baltimore puts their star blocking tight end on injured reserve. Perhaps there is already a deal in place where after the Ravens bring back Tomlinson after Boyle is moved to injured reserve.

Tomlinson was signed after Boyle went down during the 2020 season, and performed well as primarily a blocking tight end. He filled Boyle’s role, which is exactly what they needed at the time.