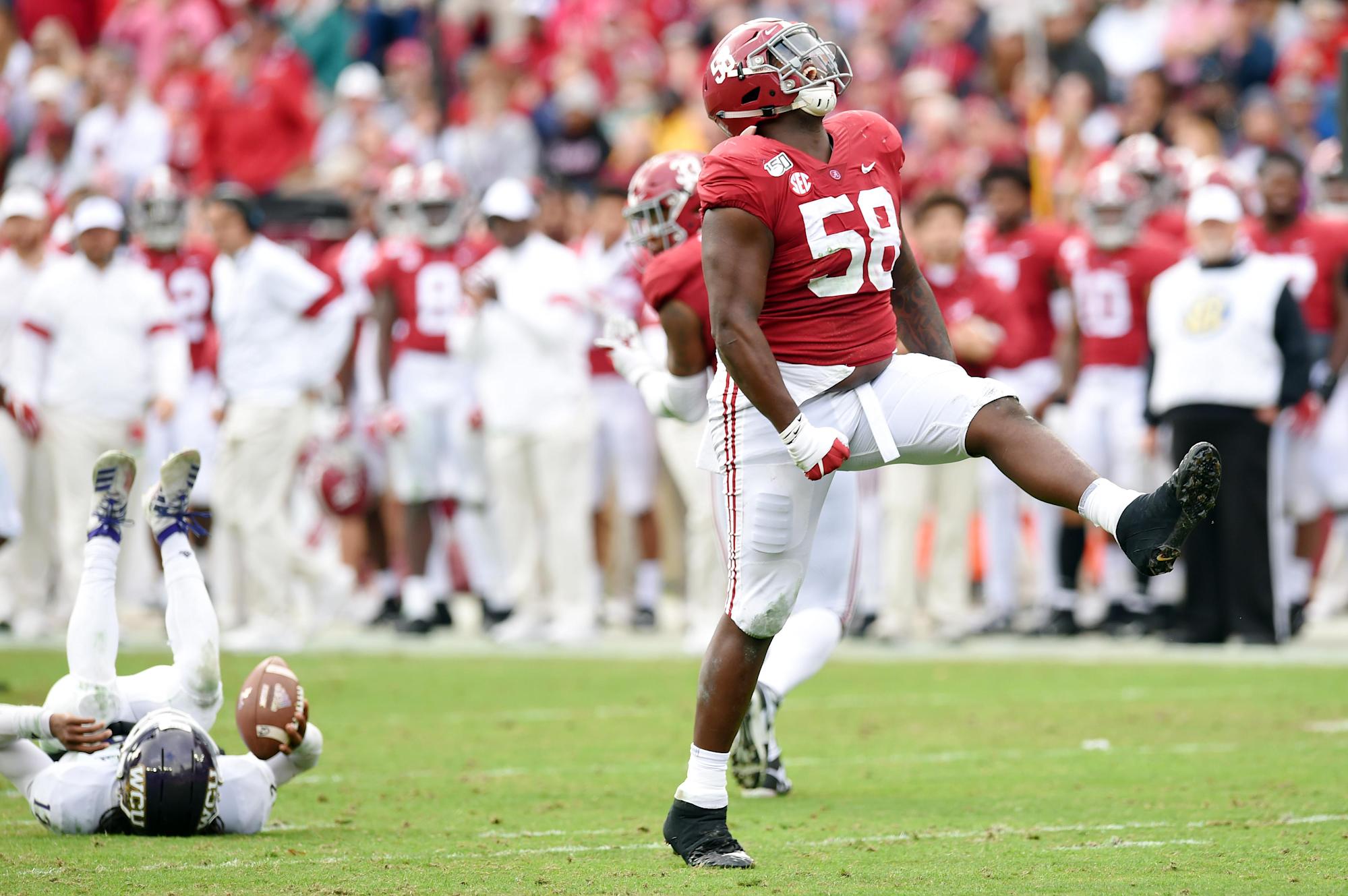 The Baltimore Ravens have a talented defensive line unit heading into the 2021 season. Led by Calais Campbell, Brandon Williams and Derek Wolfe, the group has elite run-stuffing ability while also being able to generate some interior pressure. However, with the trio all being over 30 years old, could Baltimore look towards the future and invest in a defensive lineman in the first round of the 2021 draft?

University of Alabama’s Christian Barmore is the best defensive line prospect in this draft class. He has a unique blend of size, power, and athleticism. He uses his hands to stun offensive linemen and has an array of moves that he utilizes to shed blockers with ease.

In his two years with the Crimson Tide, Barmore accumulated 63 total tackles, 10 sacks, and three forced fumbles. He was a consistent playmaker for Nick Saban’s defense, although he wasn’t always on the field due to the fact that he was rotated in with other talented players.

Barmore has the versatility to line up as either a 1-technique or 3-technique, which would help him fit in on Baltimore’s already somewhat positionless defense. Working at multiple different positions would give Don Martindale the ability to move not only Barmore around, but also players like Campbell, Williams and Wolfe.

For a Ravens defense that has sometimes struggled to generate interior pressure, Barmore would give them a great option as a pass rusher on third down if they don’t want to utilize him as a three-down player right away. With a fully healthy Campbell and an improving Justin Madubuike, Baltimore would have the potential for a much better interior rush group than in 2020.

While it’s unlikely that Barmore will be available when the Ravens pick in the first round at No. 27, Baltimore would probably entertain selecting him if he ended up falling into their lap. While drafting a defensive lineman most likely isn’t at the top of their priority list, selecting Barmore would set the Ravens up nicely for the present and for the future at the position.