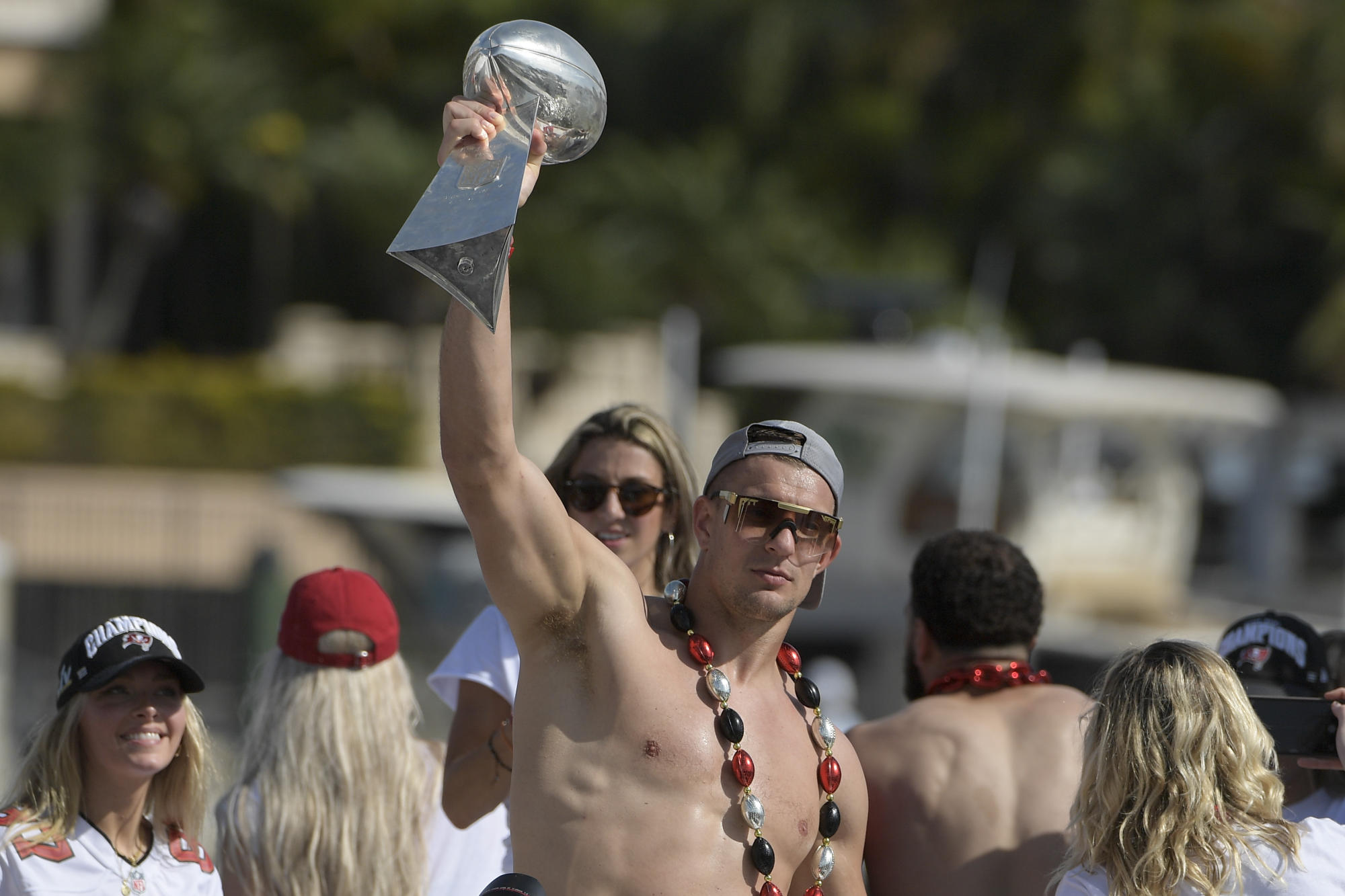 Wherever he is, whatever he’s doing, Rob Gronkowski is usually having the most fun. But the Tampa Bay Buccaneers tight end and recent Super Bowl champion took it to a new level on Friday.

The former University of Arizona Wildcat was in Tuscon to serve as one of the honorary coaches for the team’s yearly spring game on Saturday, but first he decided to set a Guinness World Record for highest altitude catch of an American football. On Friday, a helicopter hovering 600 feet in the air dropped a football down to the ground for Gronk to catch. Who else but Gronk, right?

It took him a few tries, but as usual, Gronk emerged triumphant.

Tedy Bruschi, another ex-Wildcat and former New England Patriots linebacker, was also serving as honorary coach, and captured the best first-person view of Gronk’s successful try and the ensuing celebration.

Bruschi also provided the best moment of that video: his own ecstatic, screaming face running toward Gronk after the catch was made.

According to Justin Spears of the Arizona Daily Star, the previous record was set at TCU in 2017. Actor Tyler Toney caught a ball dropped from 563 feet as part of a YouTube video series.