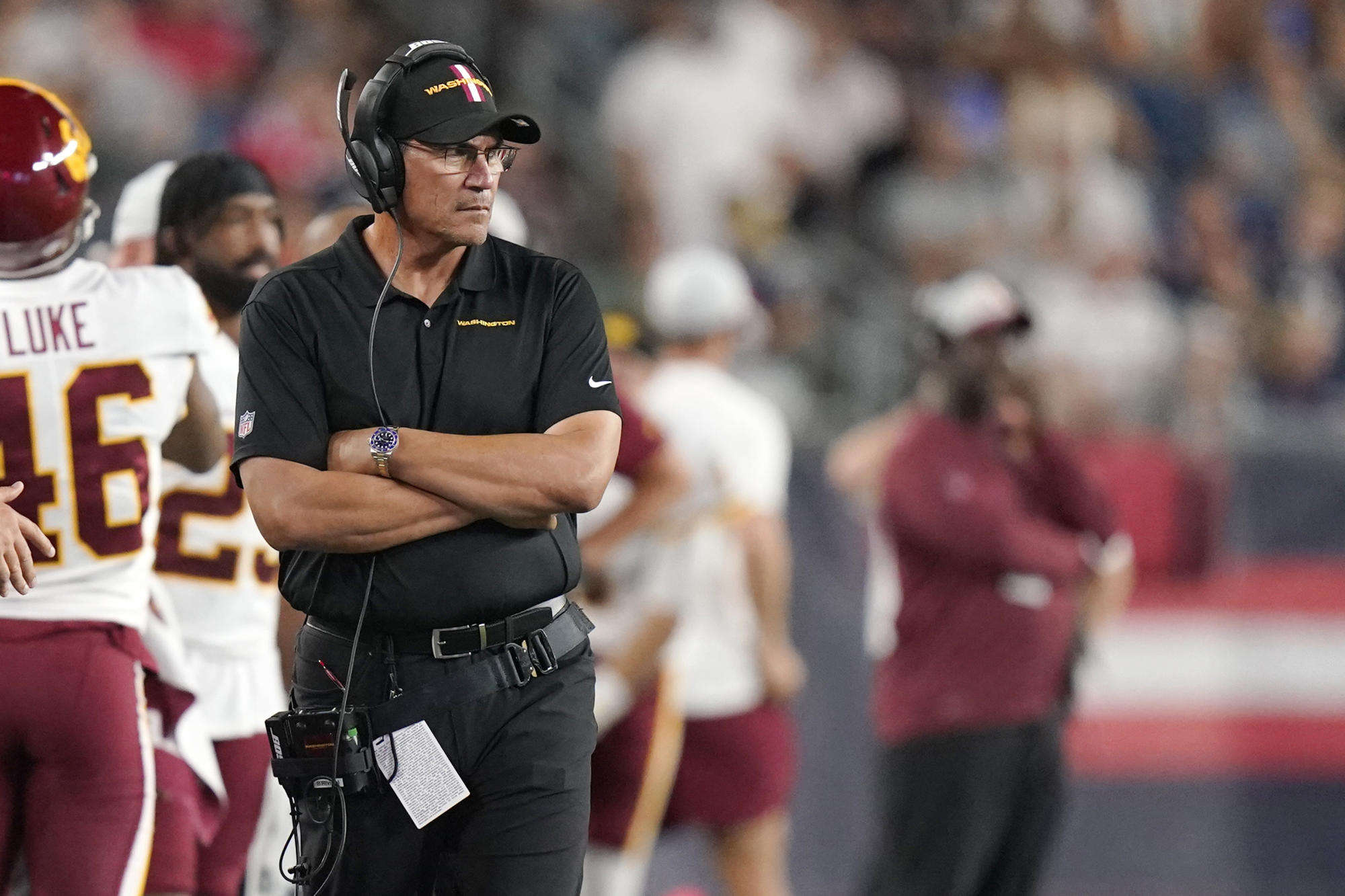 In an interview with MMQB’s Albert Breer published Monday, the veteran NFL coach blamed the practice for causing unnecessary death and called for de-platforming people who engage in it.

“Gen Z is relying on this,” Rivera said, referring to his phone as a source of information. “And you got some, quite frankly, f***ing a**holes, that are putting a bunch of misinformation out there, leading people to die. That’s frustrating to me, that these people are allowed to have a platform.”

Rivera didn’t name names. But he called out “one specific news agency” as a regular source of vaccine misinformation.

“And then, one specific news agency, every time they have someone on, ‘I’m not a doctor, but the vaccines don’t work,'” Rivera continued. “Or, ‘I’m not an epidemiologist, but vaccines are going to give you a third nipple and make you sterile.’ Come on. That, to me? That should not be allowed.”

Rivera is immunocompromised after fight with cancer

Rivera, 59, is preparing for his second season as Washington’s head coach and his 16th as an NFL head coach or coordinator. He is a cancer survivor. News of Rivera’s squamous cell cancer diagnosis broke last August during his first training camp in Washington. He underwent grueling treatments that left him 40 pounds lighter and needing help to walk from his car into the team facility.

In January, he announced that he is cancer free. But as a cancer survivor, he remains more susceptible to the health risks associated with COVID-19, which has now killed more than 620,000 Americans and 4.3 million people worldwide.

He’s leading a team that was a laggard in the NFL in terms of vaccination rates but has recently seen participation eclipse 84%. That uptick from less than 50% before training camp has arrived amid vigilant urging from Rivera for his players and team staff to get vaccinated.

“I’m truly frustrated,” Rivera said in July, per the Washington Post. “I’m beyond frustrated. One of the reasons I walked in with a mask on is I’m immune-deficient. … When I’m in a group and the group’s not vaccinated or there’s a mixture, I put the mask on, and I do that for health reasons because nobody really knows [about the new Delta variant]. I have to do that. And I just wish and I hope that our guys can understand that.”

In addition to Rivera’s obvious personal concerns about COVID-19, there’s football motivation for the coach to urge players and staff to get vaccinated. The NFL isn’t mandating vaccines for players. But it’s placing the burden of schedule disruptions entirely on players and teams deemed to be the source of a COVID-19 outbreak that forces a game to be canceled.

Instead of rescheduling games amid outbreaks like it did in 2020, the NFL is planning to outright cancel games this season. The team with an outbreak in a matchup that’s canceled will be credited with a loss by forfeit. Players on both teams will lose their game checks. The new protocol with game checks attached has ramped up peer pressure among players to get vaccinated.

But for Rivera, the subject of vaccines is obviously more about wins, losses and game checks.

“There’s enough positive science out there, if they’re going to tell me that over 600,000 people have died and 99.9% are people that were not vaccinated, well, what about the .1%?” Rivera told Breer. “Well, that .1% are people that had underlying conditions—old age, something else. It’s not young, healthy people.

“So I don’t know why. And then they talk about all this distrust. Well, if half the world wants it and can’t get it, what’s the problem with us? It frustrates me.”