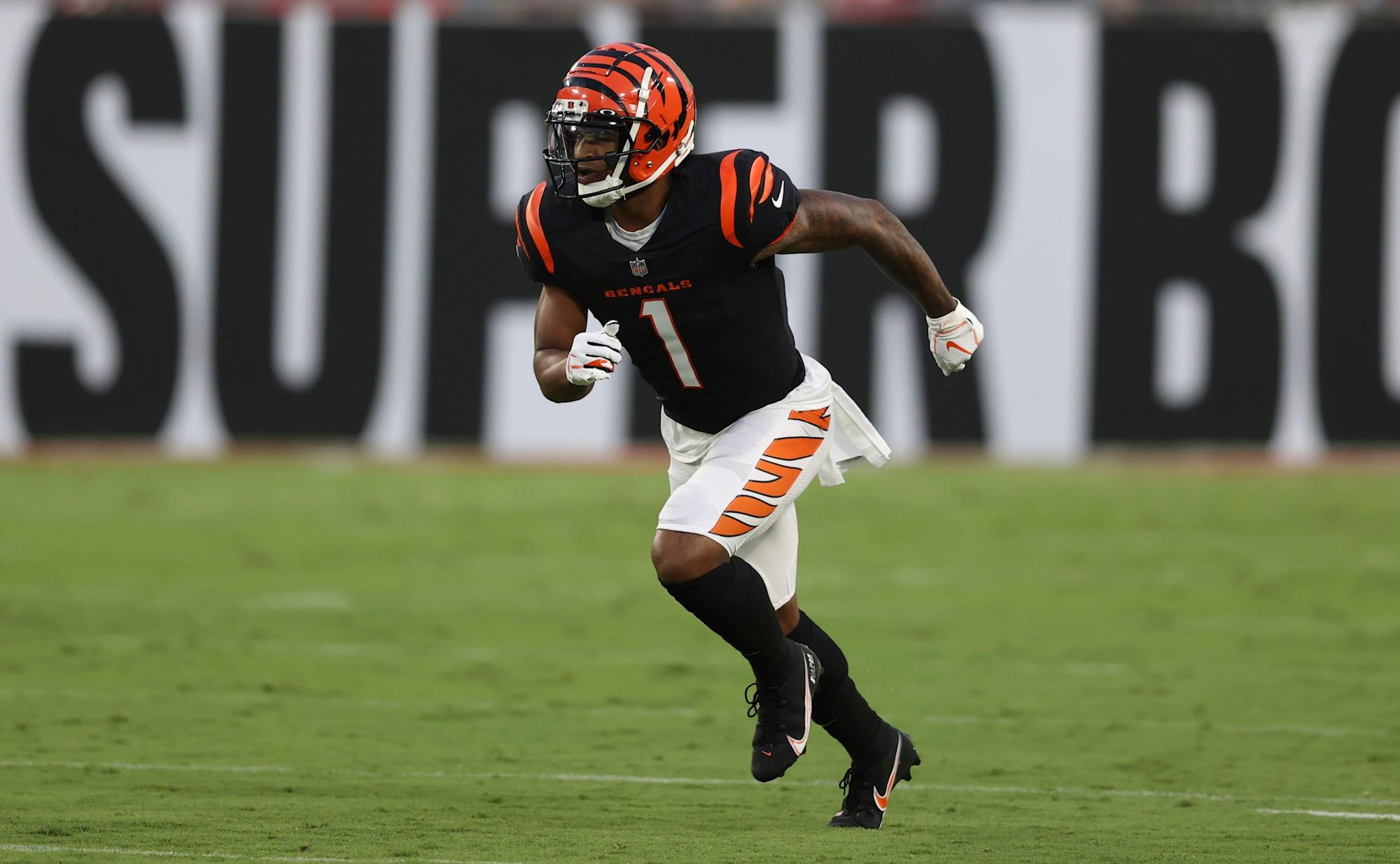 HYATTSVILLE, Maryland — The Cincinnati Bengals were dealt their first preseason loss on Friday night. After taking the lead late in the third quarter, the Bengals were unable to score another touchdown.

Several starters saw action well into the first quarter, the longest head Zac Taylor has kept his first-team offense and defense in so far this preseason. The Bengals’ pass rush was the highlight of the night while the starting offense was unable to really ever get going in both the run and pass game.

What we learned from the Bengals’ 17-13 to the Washington Football Team:

Ever since the Bengals selected Ja’Marr Chase with the fifth overall pick in the 2021 NFL draft, the expectations have been high. Chase was the best wide receiver in college football in 2019 and given his familiarity with quarterback Joe Burrow, it’s hard to believe many could have guessed Chase would have the slow start he’s had.

Chase dropped three passes on Friday night and all of them came on third down. It’s worth noting most of Chase’s practice reps come when Burrow is under center and it was Brandon Allen who was throwing him the ball at FedEx Field. The Bengals expect Chase to catch the ball, Chase does too. But there is something to be said about timing with quarterbacks and wide receivers and if Chase and Allen aren’t on the same page, that could contribute to their inability to connect. With that being said, the drops appear to be a pattern for Cincinnati’s first-round pick right now. Chase has dropped passes consistently during training camp, so much so both Taylor and Burrow have addressed questions regarding the play of the star receiver.

Burrow hasn’t dressed for a preseason game yet and Taylor has yet to announce if he will let his franchise quarterback see any game snaps before the Bengals’ home opener. If Chase continues to drop passes when Burrow is starting at quarterback, then this will be a different story.

Bengals’ offseason investment on defensive line looks to be paying off

After finishing last in the NFL in sacks and No. 27 against the run, the Bengals prioritized their defensive line in free agency. The team signed defensive end Trey Hendrickson and defensive tackle Larry Ogunjobi to complement Sam Hubbard and DJ Reader, who were both on the roster in 2020. Hubbard and Reader combined for four quarterback hits and a sack in the first quarter. Ogunjobi made a key play to stop the Washington Football Team’s fourth-and-1 from the 23-yard line. Hendrickson applied consistent pressure in the limited snaps he saw as well.

Veteran guard Xavier Su’a-Filo got the start at right guard for Cincinnati. Michael Jordan got the start in the Bengals’ first preseason game and was listed ahead of Su’a-Filo on the depth chart heading into the game. The Bengals’ starting offensive line had two penalties on their opening drive – a holding penalty called left guard Quinton Spain and a false start on tackle Riley Reiff. Jordan and second-round pick Jackson Carman got reps with the Bengals’ second-team offensive line. Cincinnati rushed for 111 yards on the night. The competition for who will play next to Reiff in Week 1 against the Minnesota Vikings is going down to the wire.

Bonus: Cornerback Jalen Davis and Darius Hodge continue to impress and are pushing for their spot on the Bengals’ 53-man roster. Wide receiver Trenton Irwin led the team in receiving yards with 24 yards on two catches. Irwin was Cincinnati’s leading receiver in the win over the Tampa Bay Buccaneers in the first preseason game with three catches for 35 yards.