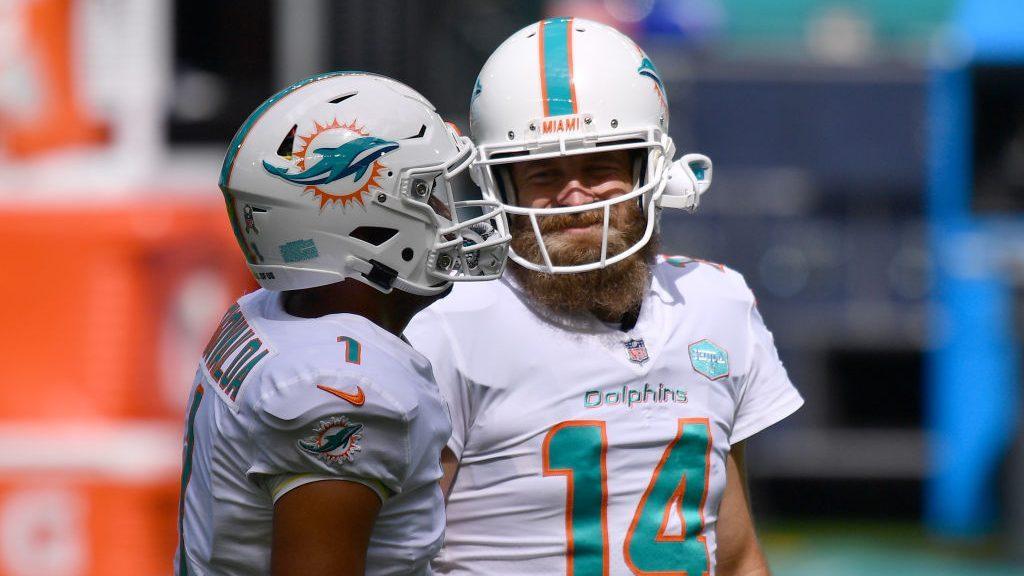 When the Miami Dolphins made their change at quarterback last seasons to give Tua Tagovailoa the reins coming out of their bye last October, Ryan Fitzpatrick totally took a backseat in hopes of bolstering the team’s rookie starter.

In the ESPN Daily podcast with Pablo Torre, Fitzpatrick said he basically didn’t take any reps in practice against a defense for weeks at a time to give Tagovailoa and fellow rookie backup Reid Sinnett the chance to get all the reps possible to help them improve.

“I stayed mentally sharp and ready and was still running, but I did not really throw football during practice, especially during like a practice setting against the defense,” Fitzpatrick said.

“I was fully in to helping Tua. And at the same time, I wanted this young guy, who otherwise would get zero reps throughout the year {as a third-string quarterback], to have an opportunity because I was in his shoes once. I sat there as a third- and fourth-string guy and just watched and watched and watched and never had any opportunity to get better. I saw it as a way to help Reid [Sinnett]. I saw it as a way for me to give extra help to Tua. And I also saw it as a way to prove to myself that I could come out of the stands five years from now and still play this game.”

Fitzpatrick didn’t have to wait five years to come off the bench and show he’s still got it. He returned to the starting role for a week after Tagovailoa injured his thumb in a November practice. He would also come off the bench in a game against the Las Vegas Raiders in Week 16 that included a desperation Hail Mary that, coupled with a 15-yard facemask penalty, led to a 44-yard Jason Sanders field goal to earn a 26-25 victory.

“It was such a cool play. It was an amazing moment,” Fitzpatrick said.