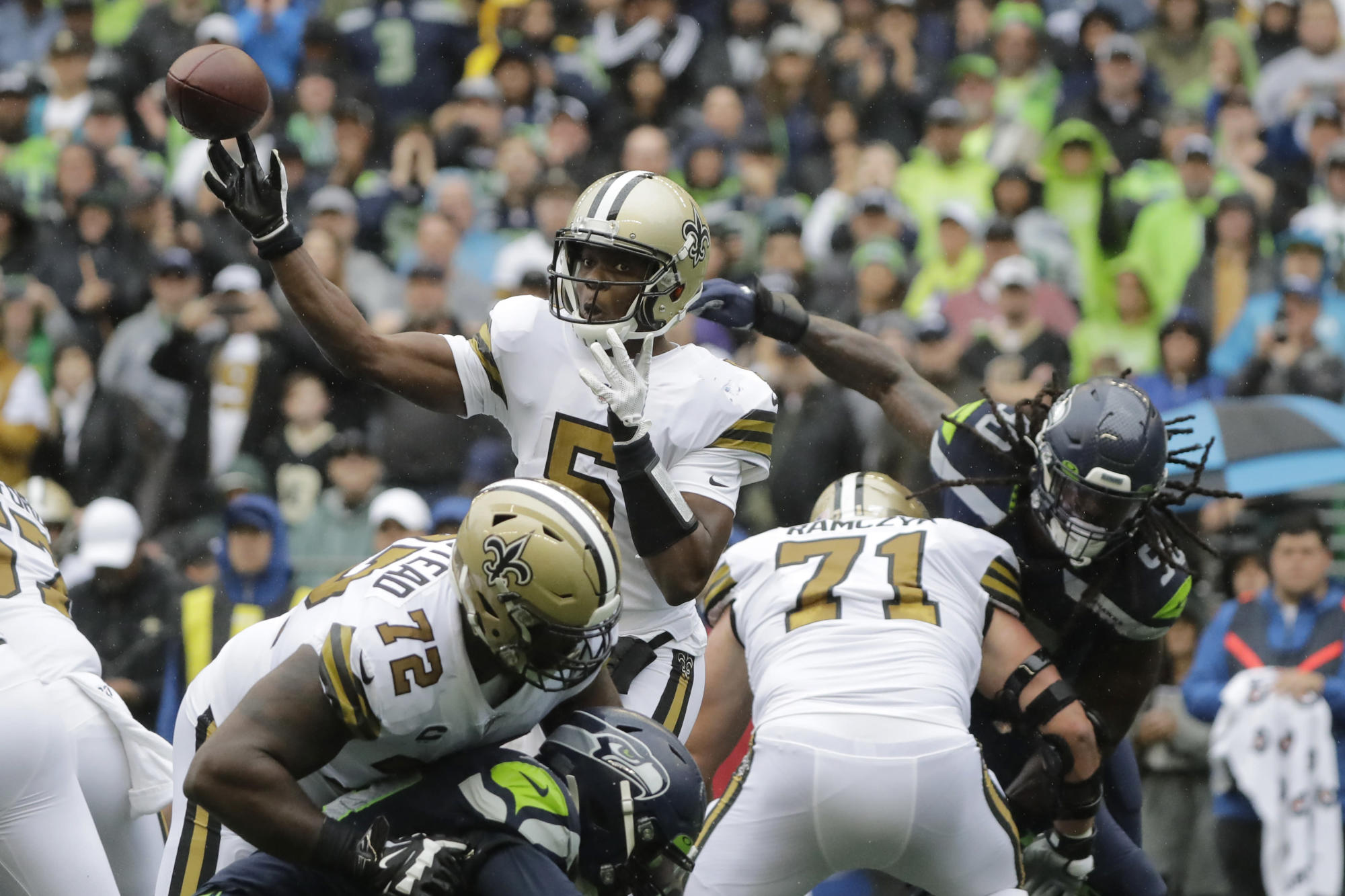 A bit of objectively good news struck the New Orleans Saints offseason last week, when the team announced a five-year contract extension with standout right tackle Ryan Ramczyk. Between the long-term stability that brings to their offensive line and the immediate salary cap relief his reworked deal includes, it prompted plenty of celebration. But new details are coming to light now that reporters have gone under the hood on his contract.

ESPN’s Field Yates first reported that the Saints wrote annual $1 million salary escalators into Ramczyk’s contract that will be triggered if he is named an All-Pro (first or second team) specifically at left tackle. NewOrleans.Football’s Nick Underhill confirmed that the incentive only applies if Ramczyk is listed at left tackle — “offensive tackle” or his pro position at right tackle will not qualify.

Right now, Ramczyk is the league’s highest-paid right tackle at $19.2 million per year, which is just ahead of the Eagles’ Lane Johnson at $18 million. If he moves to the left side, those incentives will help close the gap between him and the top-earning left tackles, who pull $22 million or more each season. It sure looks like a compromise between New Orleans and Ramczyk’s agent, with both sides acknowledging a delicate outlook for the Saints bookend tackles.

It puts a bright spotlight on Terron Armstead, the incumbent Saints left tackle who has started opposite Ramczyk throughout his NFL career. Armstead is a pending free agent in 2022 after the Saints restructured his contract earlier this offseason. Ideally, New Orleans will hammer out a new deal with their franchise left tackle before he hits free agency; he’ll leave more than $13 million in dead money behind should he sign with a new team instead.

But there’s the rub. The ideal result isn’t always what we get, especially when the salary cap takes an unprecedented nosedive amid a pandemic. The Saints are putting together contingency plans in case Armstead does end up leaving. This crafty contract language would ensure they have a readymade replacement in case Armstead hits the road next summer while keeping Ramczyk happy with more money.

What’s interesting is that this move is part of a larger plan. The Saints signed Armstead’s veteran backup James Hurst to a three-year extension earlier this offseason that carries significant incentives if he wins a starting job on either side of the line (while he focused on left tackle for New Orleans last year, he started half of the 2018 season at right tackle with the Baltimore Ravens). They’re also cross-training rookie draft pick Landon Young on the right side after his impressive career at left tackle for Kentucky.

So if Armstead moves on, the Saints have three candidates ready to compete for two spots, with immediate confidence in Ramczyk to anchor either side of the line. Hurst and Young should be ready to push each other to take the remaining starting job. It’s not a perfect outcome, but it’s probably the best New Orleans can do if they aren’t able to retain Armstead. Given their draft history, we can’t rule out a first-round tackle prospect on top of those contingencies.

Extending Marcus Williams and freeing up next year’s franchise tag would do a lot to help that. Williams and the Saints have until July 15 to ink a long-term deal or else he’ll be eligible for free agency again in 2022, when they would likely issue the tag again to buy more time in contract talks (as the Denver Broncos did with Justin Simmons this spring). Depending on how Jameis Winston performs, Armstead could very well be the Saints’ top pending free agent in the next cycle and a strong franchise tag candidate.

Again, that isn’t ideal. But you have to think it’s a scenario that Saints salary cap guru Khai Harley is preparing for. If he’s shown anything in a decade working the numbers for New Orleans, it’s being open to a wide range of possibilities. Let’s just hope the Saints don’t end up in a position to go with the least-worst outcome.