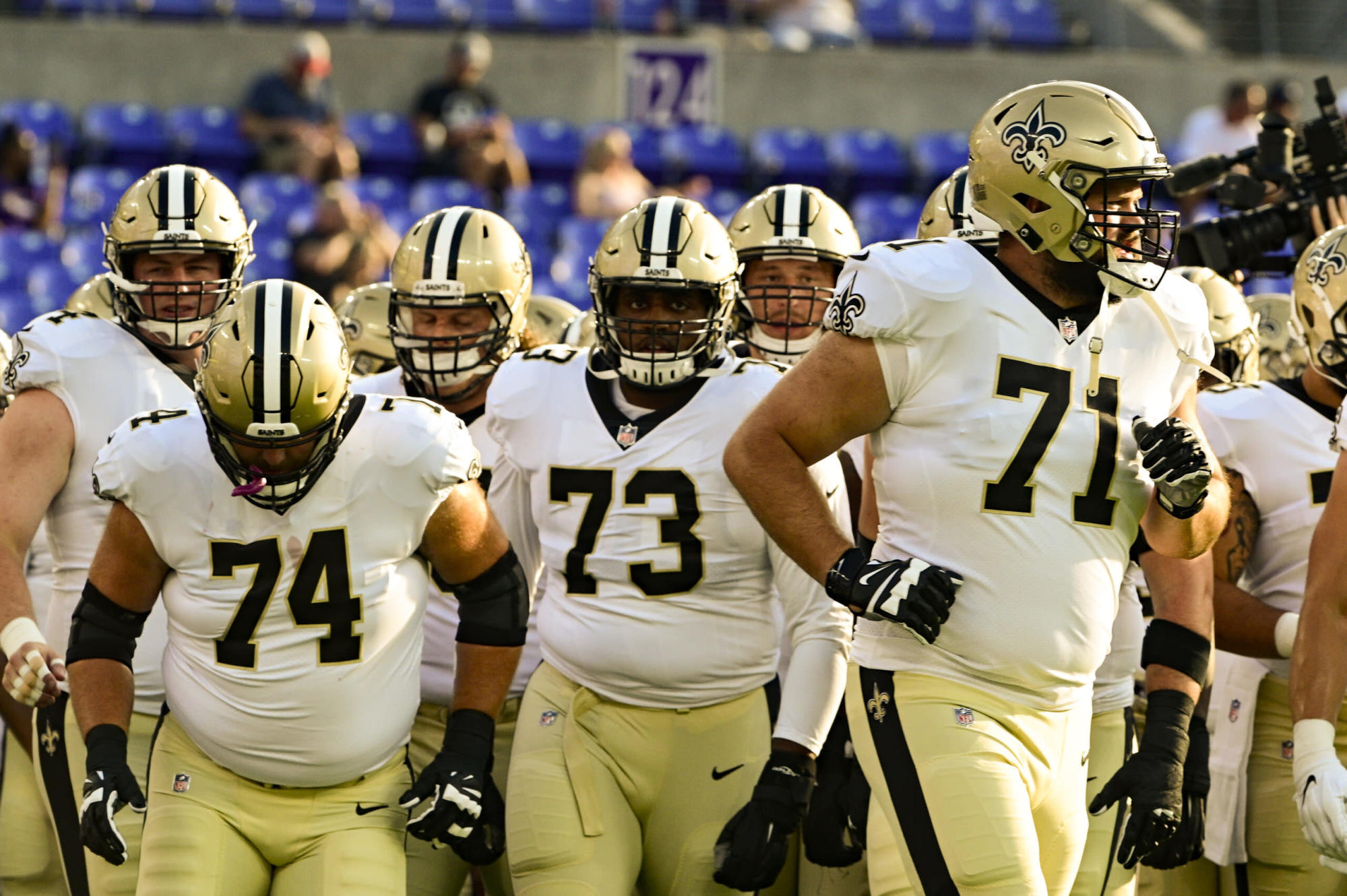 The New Orleans Saints fell short in their preseason game with the Baltimore Ravens, but winning wasn’t really the point. These exhibition matchups are all about self-scouting and evaluating players in different roles and situations to see how they respond. And there’s a lot to like if you view the game from that perspective.

To that end, I reviewed snaps counts and took them all in context of what the vision may be for various players up and down the depth chart. Check out each position group and my notes below. All snaps via Pro Football Focus play-by-play charting (and rookies are italicized):

Sean Payton forecast “18 to 22” snaps for his quarterbacks in a pregame interview, and the Saints stuck to that plan. We’ll see how the rotation changes in their second preseason game but the expectation is for Winston to run the first-team offense while Hill rotates down to the second-string. Book likely gets the second half to himself unless the Saints want to evaluate Trevor Siemian. As for the running backs: with Alvin Kamara inactive (veteran’s rest), Jones took the spotlight after an uninspiring first quarter from Murray and Freeman. It’s interesting that Washington got so few looks. Maybe the Saints felt he was more of a known quantity than Freeman and Jones, so they prioritized those two players instead.

Johnson notably led the tight ends in snaps played, and the majority of his reps were in the passing game (PFF charted him with just four snaps as a blocker). It makes sense to test his comfort level in running routes from a new position after entering the NFL as a wide receiver. He caught both targets sent his way to gain 71 yards, with an impressive 39 yards coming before the catch. He could climb the depth chart in a hurry if he continues working on his blocking in practice. As for the receivers: there was both good and bad from Humphrey, who led the position in both snaps played and targets (5), catching 3 passes to gain 29 yards, scoring their only receiving touchdown. Just 26.1% of his snaps came from the slot, too, so this was his chance to show he could separate against cornerbacks out on the boundary and along the sideline. However, 4 of his targets were contested catches, and one of them was picked off for an interception. There’s enough to work with here for him to get more looks, but he’s got to show he can separate from defenders better.

Murphy exited the game with an undisclosed injury and didn’t return, or else he may have continued to run with the third-string offense along with Young. Terron Armstead and Ryan Ramczyk were both inactive (veteran’s rest) which meant Hurst and Greenidge were promoted from the second-team offense. They allowed just one pressure (Hurst was dinged for a hurry) on 52 combined passing snaps, which is about as good a sign as you can ask for that your tackle depth is rock-solid. Also, 41 of Clapp’s 49 snaps came at center in relief of McCoy with the second team. The remaining 8 plays saw him shift over the right guard. He’s mainly played left guard in practice, so showing some ability to swing between both sides does a lot to help his case to make the team. Put his name down in pencil, but maybe not in ink (yet). Sweezy and Throckmorton have some versatility too.

46 different players got on the field with the special teams units, so we’re only listing those who saw 50% or more of those snaps. It gives a good idea of who the coaching staff wants to evaluate before roster cuts — almost all of these players will need to have serious chops in the kicking game if they’re going to win a spot on the opening-day depth chart. That’s critical for players who aren’t likely to start on Sundays. Maybe Baker has more time to show what he can do as a rookie draft pick. It has seemed like Armah had an edge over Smith for the lone roster spot at fullback, but these special teams reps could help decide that competition.

Kpassagnon had to step out of the game after receiving a bloody nose in the scrum following a tackle, though he was able to return after being cleared in the concussion protocol. That created an opportunity for Willoughby to play more often but he created just a single pressure (Kpassagnon had 3). What’s interesting here is how often Onyemata moved around. PFF charted him with more snaps played out on the edges (20) than in his usual spot inside (2). He also continued working deep into the night once the other starters were pulled. The Saints clearly wanted to evaluate him at another alignment in the defensive front, and it’s tough to argue with the results: he was credited with a pair of sacks, and only Davenport bagged more quarterback pressures overall (5 against Onyemata’s 4).

If the Saints only keep six linebackers (as they did last year), it means Dowell and Hansen are competing for the last open roster spot — Baun and Elliss are safe along with Demario Davis (veteran’s rest), Kwon Alexander (still-recovering from Achilles surgery), and rookie draft pick Pete Werner. Spence is putting on a strong audition to make the practice squad; remember, up to six players with unlimited NFL experience are eligible now. But McManis is pushing him, and greater exposure on special teams gives him a chance.

Neither Marcus Williams (undisclosed injury) nor Marshon Lattimore (veteran’s rest) dressed for this game, so the rookie defensive backs saw a ton of action. And it’s good for them to put that on tape. Wallace in particular got to show what he could do in a variety of situations, and from different alignments — PFF charted him as lining up at four different positions. The Saints also got a long look at veteran corners Poole and Amukamara. Poole didn’t allow a catch into his coverage, but Amukamara gave up two completions (on three targets) for 23 yards. He also yielded a pass-interference foul on a two-point conversion after his receiver beat him. Unless Adebo is going to keep climbing the depth chart (he just might), New Orleans needs to continue looking into more help at corner.