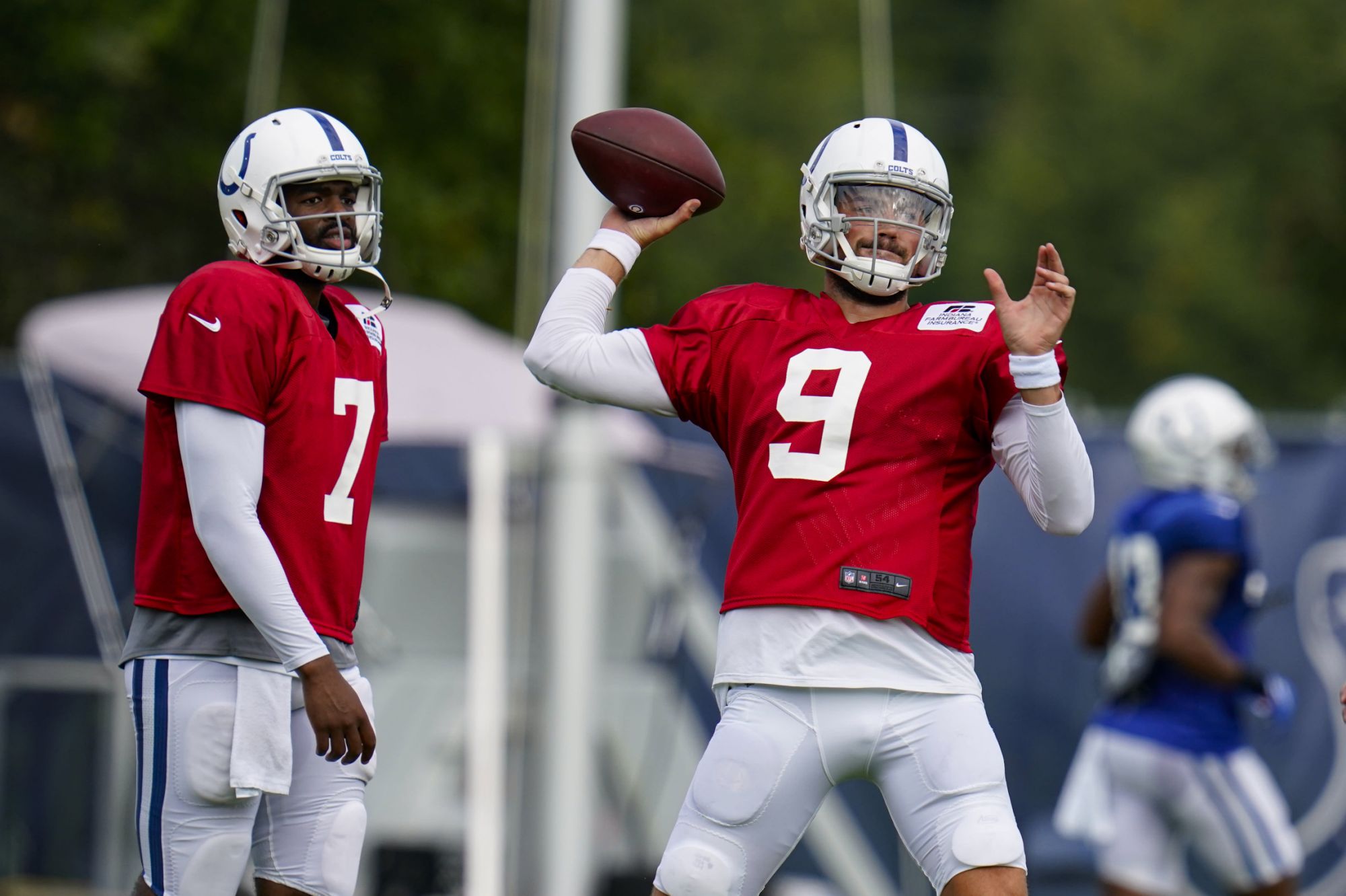 The Indianapolis Colts will be working hard this offseason to get new quarterback Carson Wentz back to form as a high-quality starting quarterback in the NFL.

That’s the priority for the team. But they will also finally get a deeper look at 2020 fourth-round pick Jacob Eason, who spent his rookie season essentially as a redshirt being a healthy scratch for every game.

The Colts have stated plenty they still don’t know what they have in Eason, and new quarterbacks coach Scott Milanovich reiterated that notion to reporters in late March.

“It’s pretty incomplete,” Milanovich said, via Joel A. Erickson of IndyStar. “I’ve watched him (in college) at Washington, I watched his training camp stuff. I watched some of the scrimmages he played in, and he did some really nice things. He obviously has a big, big arm, can make all the throws. … Until you see a guy play, it’s really hard to make an evaluation.”

Eason was behind 2020 starter Philip Rivers, who played very well for the Colts in helping them earn playoff spot. He was also behind backup Jacoby Brissett, who did some good things in short-yardage situations as a runner. Both players are gone. Rivers rode off into the sunset of retirement while Brissett signed a one-year deal with the Miami Dolphins in free agency.

As it stands now, Eason is the backup quarterback to Wentz. It’s unlikely to stay that way throughout the entire offseason. Chris Ballard has stated he’s not fully comfortably yet making Eason the backup until they know what they have in him. So competition from a veteran should be expected at some point.

Getting on the field will finally show how much growth Eason has undergone rather than going through the mental reps.

“Mental reps are as good as anything, but going back to the having played part, they also have to do it on the field,” Milanovich said.

Milanovich also went into a bit of detail on how the Colts can get the most out of Eason’s development despite the fact that Wentz is the starter.

“You just have to use different ways to develop him, from mental reps to extra video, from after practice, staying on the field and going through scripts,” Milanovich said. “When Carson’s out there in practice, you’ve got those young guys right next to you, and you’re quizzing them as we go, hey, what’s the point, what’s the protection. I just think it takes time and reps.”

The Colts used their fourth-round pick on Eason because he was the highest on their board at the time. Whether he turns into anything will be a storyline to watch this offseason, but the Colts will finally get a full offseason to evaluate