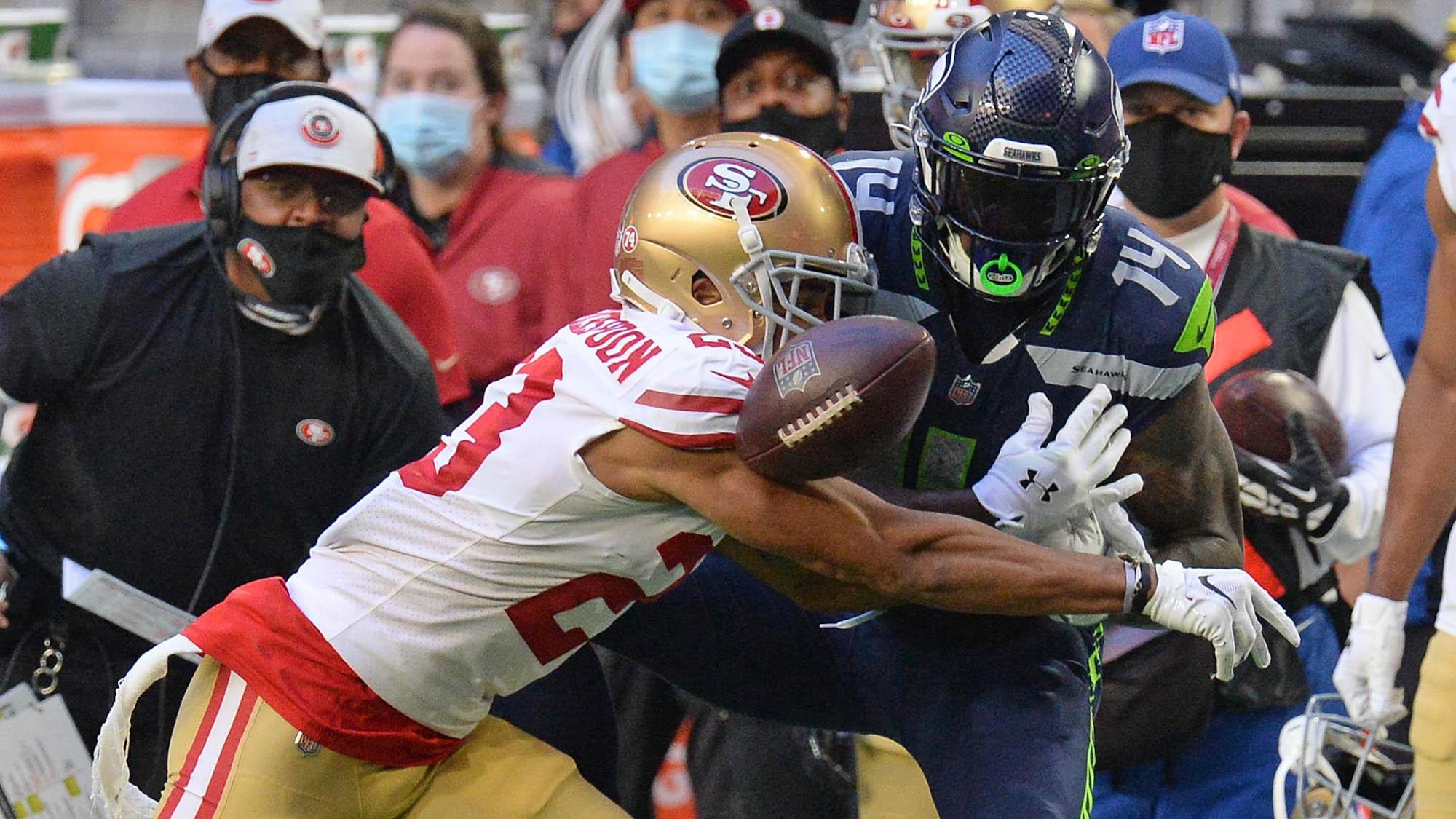 Seahawks newcomer Ahkello Witherspoon didn’t mince words when he met with local reporters on Thursday. The corner expressed extreme confidence in his ability as he enters Year 5 in the NFL after signing a one year, $4 million contract with the Seahawks back in March.

“When I was healthy, I was the best corner in the league,” Witherspoon said. “I’m not going to settle for anything else.”

That’s a bold (and erroneous) statement, of course, but Witherspoon had a collection of impressive outings during his four seasons with the 49ers. Originally a third-round pick in 2017, Witherspoon had 10 games in San Francisco with a Pro Football Focus game grade of at least 70, four of at least 80 and one of at least 90. He capped his 2020 season with a trio of standout performances, including in the finale against the Seahawks.

But his time with the 49ers was turbulent. His health, or lack thereof, was notable. Witherspoon never played a full 16 game season and was limited to just 11 contests in 2020. He shared that he had two significant injuries that were never made public. Witherspoon opted not to share details about those ailments because he said all that is irrelevant at this point.

“It’s not my place to make people care, but you go out there and you fight and you push through,” Witherspoon said. “If you’re not at the best of your ability in this league and you’re not healthy, it’s difficult to stay at that level that it takes to be an All-Pro, that it takes to be a Pro Bowler. I’m just extremely excited to be healthy and clear-minded in a new environment, and I’m excited to put that on tape.”

Aside from the injuries, he was regularly in Kyle Shanahan’s doghouse. Witherspoon was in and out of the starting lineup due to inconsistent play. He was notably benched during San Francisco’s Super Bowl run in 2019 in favor of Emmanuel Moseley. Could that have been in the window of one of his “significant injuries”? Sure, it’s possible. But Witherspoon spending the biggest game of his life on the bench is worth mentioning nonetheless.

Witherspoon finished his tenure in San Francisco with 117 tackles, 24 passes defended and four interceptions. Now he’s in Seattle on a prove-it deal with the chance to earn a starting job, presumably opposite D.J. Reed. He’ll be competing with Tre Flowers and 2021 fourth-rounder Tre Brown.

He called signing with the Seahawks a “no-brainer” due to his familiarity with the NFC West, remaining close to home (he’s from Sacramento) and his fit in Seattle’s Cover 3 defense. Witherspoon cited his length, quick feet and press ability as reasons why he’d succeed in coverage on an island. He also chatted with Richard Sherman to confirm Seattle was the place for him.

As for the interest on the Seahawks end, Pete Carroll shared that he’s long been a fan of the 6-foot-2 corner.

“He’s got the make-up, the size, the speed, the length – the kind of stuff we like in our guys,” Carroll said. “I’ve had my eye on him since we first saw him coming out of Colorado.

“He’s almost like a rook to me, coming in. He’s not, but it feels like that a bit, and we’re going to teach him for the first time in the program – take him right back to the basics.”

That second part is curious. Whether Carroll is indicting San Francisco’s defensive backs coaches or the corner’s play with the 49ers, taking a player “back to the basics” doesn’t jive with Witherspoon’s assessment that he’s got tape illustrating he’s one of the game’s elite.

Witherspoon is one of the few veterans currently working out at the VMAC. The rest won’t arrive until mandatory minicamp. Witherspoon clarified that he isn’t doing any on-field work as he’s rehabbing a knee injury that required a “minor procedure.”

He said he’s already “reaping the benefits” of the time he’s spent with Seattle’s coaching staff talking ball and building relationships. It sounds like Witherspoon will be ready for the start of training camp in late July, where he’ll have daily bouts against DK Metcalf and Tyler Lockett.

“You want to compete against the best in practice,” he said. “It helps the game become that much easier. That was another part of my decision, was just being around Russ, being around DK (and) Tyler. Those are great players and great competitors. When you can get that experience and get those reps in practice, it has no choice but to make Sunday easier.”

Witherspoon’s bravado will only sharpen the microscope on him during camp. That’s when he’ll be able to begin to back up his confidence and potentially earn a starting job on his new team.

“I think there’s a lot of confusion about my talent,” Witherspoon said. “That is what comes with this business. I have the job, and I have the role to straighten people up. That’s what I plan on doing.”