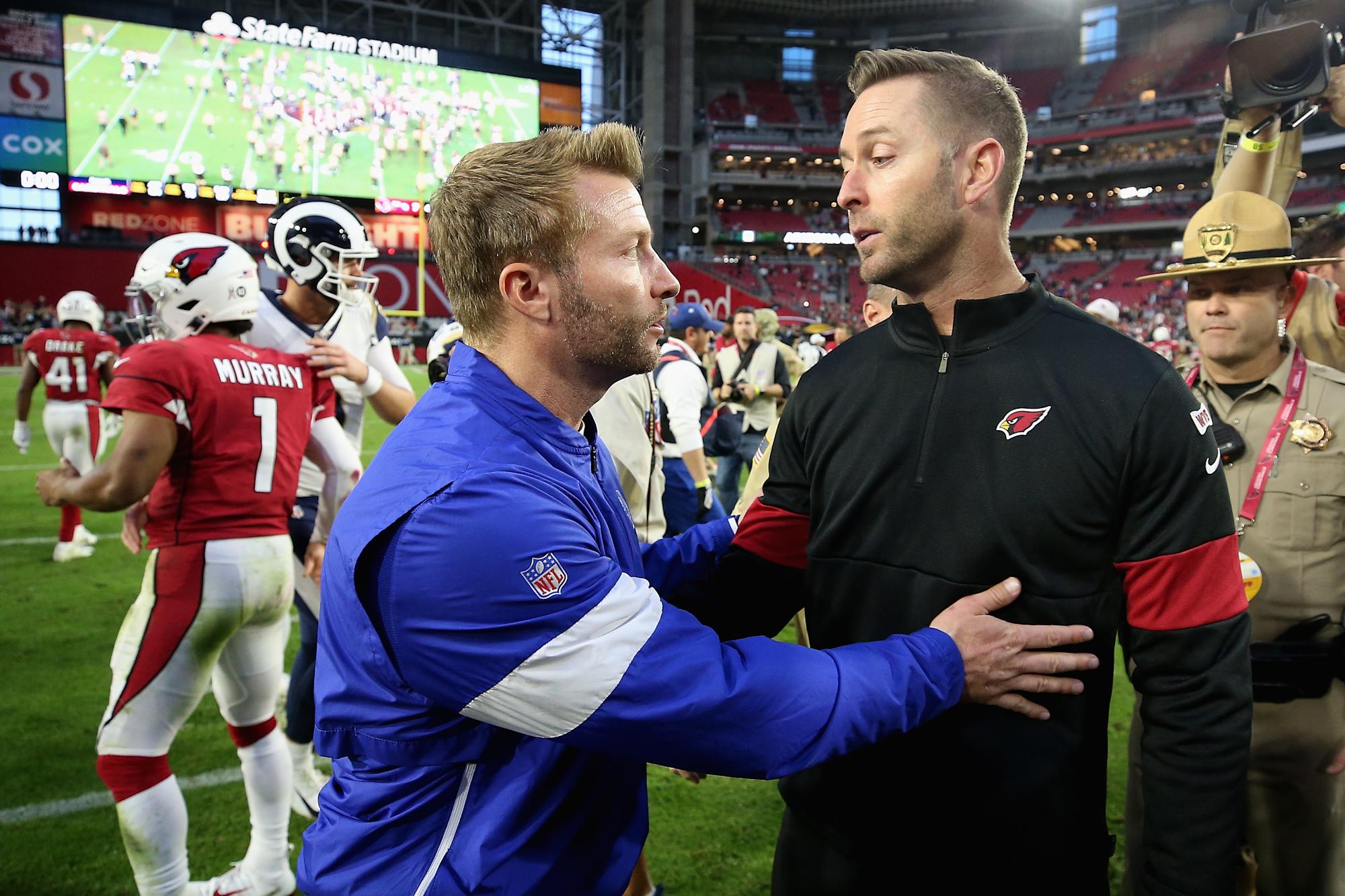 Long before Kliff Kingsbury coached his first game for the Arizona Cardinals, he got his “Welcome to the NFL” moment from a division rival.

During Kingsbury’s appearance on The Ringer’s “Flying Coach” podcast, Los Angeles Rams coach Sean McVay recalled how he once used a dinner with Patrick Mahomes and some cell phone trickery to convince his friend that his draft picks were in peril due to tampering violations.

Basically, McVay went out to dinner in Los Angeles with Kingsbury and Mahomes, whom Kingsbury coached at Texas Tech, at some point during the offseason in 2019. Knowing the dinner was above board as far as the NFL was concerned, McVay changed a friend’s contact to look like Roger Goodell and had him send a text pretending to come from a furious NFL commissioner.

At the time, the Cardinals were waiting to use the No. 1 overall pick in the 2019 NFL draft to draft Oklahoma quarterback Kyler Murray. McVay used the text to convince Kingsbury their teams were about to lose draft picks.

“Well, needless to say, I’m sure Kliff and Steve Keim already had it figured out, they’re taking Kyler Murray No. 1. He was walking around like he was 7-foot, he was feeling so good about taking Kyler. That was the big story and it was probably less than a month away from the draft. He’s so confident about it.

“We get a couple vodkas in and I decide to say ‘Hey, send me the text.’ So, I put my friend’s phone number in my phone as ‘Roger Goodell.’ So he texts me ‘Hey, you know better than this. You and Kingsbury are both in deep trouble for tampering.’ And so I just show the screenshot to Kliff and I told him ‘Hey man, he never texts me. You better get on the phone with Steve Keim and Mr. Bidwell right now, because I think we’re both losing picks.’ And this guy looks like he was going to throw up. I mean, he’s always got a good tan and a nice glow. He was at white as my walls behind me, getting ready to puke.

“I wanted to let it go, alright? I didn’t even have the heart to just — it was probably 30 seconds that felt like three hours to him — I said ‘I’m just kidding.’

“I don’t think he ate the rest of the meal.”

Kingsbury responded to the story by correcting one aspect of the record. He said he didn’t eat for the rest of the trip.

Things have at least worked out decently for Kingsbury and the Cardinals from there. Murray has so far looked like an ideal quarterback for Kingsbury’s system, earning NFL Offensive Rookie of the Year in the 2019 season and Pro Bowl honors in 2020.

Kingsbury still has an 0-4 record against McVay’s Rams, though. Or 0-5, if you want to count this story.