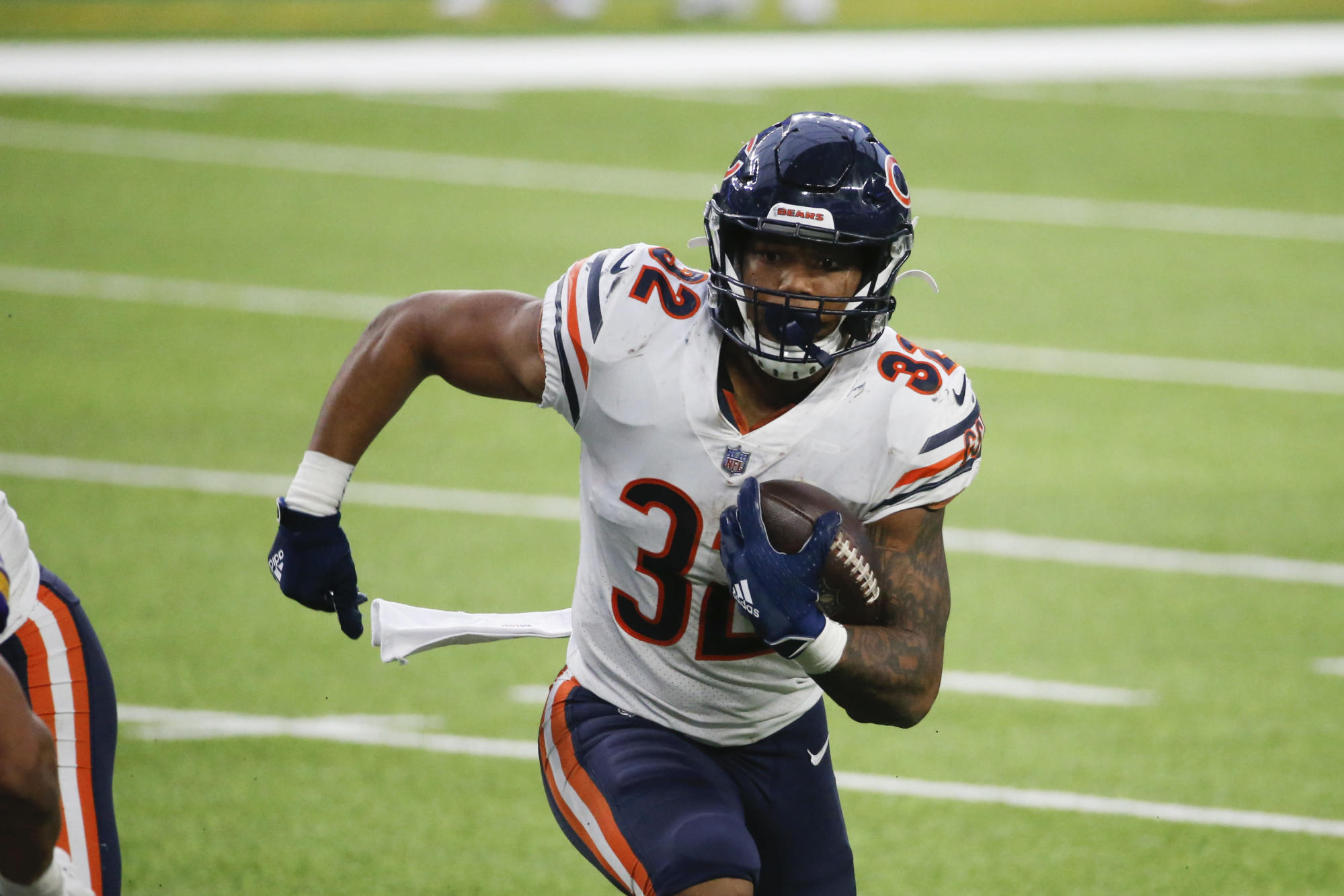 Chicago Bears running back David Montgomery wasn’t exactly a household name last season. Especially on an offense that didn’t want to run the football. But Montgomery’s performance in the final weeks of the season showed everyone the potential he has to become a successful running back in the NFL.

There was arguably no running back as dominant in the final six weeks of the 2020 season than Montgomery, who eclipsed 100 scrimmage yards in six straight games, including three games with 100-plus rushing yards.

Now, heading into the 2021 season, he’s finally getting some well-deserved recognition. Pro Football Focus ranked the 32 best running backs in the league, and Montgomery landed just outside the top 10 at No. 13.

David Montgomery doesn’t have great breakaway speed — one 80-yard scamper in 2020 notwithstanding — but he does pretty much everything else well. He averaged 3.1 yards after contact per carry in 2020, earning an 82.3 PFF rushing grade in the process.

Montgomery finished the regular season with 247 carries for 1,070 yards, which was tied for the fifth-most rushing yards in the NFL, as well as eight touchdowns. He became the Bears’ first 1,000 yard rusher since Jordan Howard in 2016.

But Montgomery also proved to be a weapon in the passing game for the Bears. Montgomery had 54 catches for 438 yards and two touchdowns and his 1,508 scrimmage yards also ranked fifth in the league last year.

The Bears offense found some success last season when they had a more balanced attack, which started with Montgomery running the ball with success. We’ll see if the same holds true in 2021.