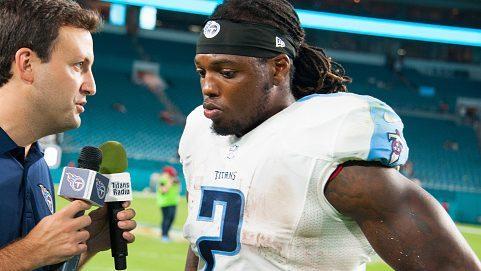 Titans running back Derrick Henry wore the No. 2 jersey at Alabama and during the preseason of his rookie year, so he might be a player who would appreciate the new NFL rule proposal that would let running backs wear single-digit numbers. But Henry has a higher priority.

Henry called for a return to throwbacks, including throwback helmets, which the NFL has banned.

“Single digits cool & all, but can we bring the throwback jerseys & helmets back? Somebody put in a request for that,” Henry wrote on Twitter.

In 2013, the NFL eliminated the throwback helmets that many teams had worn by ruling that players must wear their regular helmets throughout the season, and that the outside of the helmet could only be modified by removing or replacing decals. Throwback jerseys remain, but many throwback uniforms don’t look as good without the helmets to match.

Last year, the NFL told PFT that the one-helmet rule was under review, and could change in 2021. There has been no announcement about that this year, but Henry would support it.