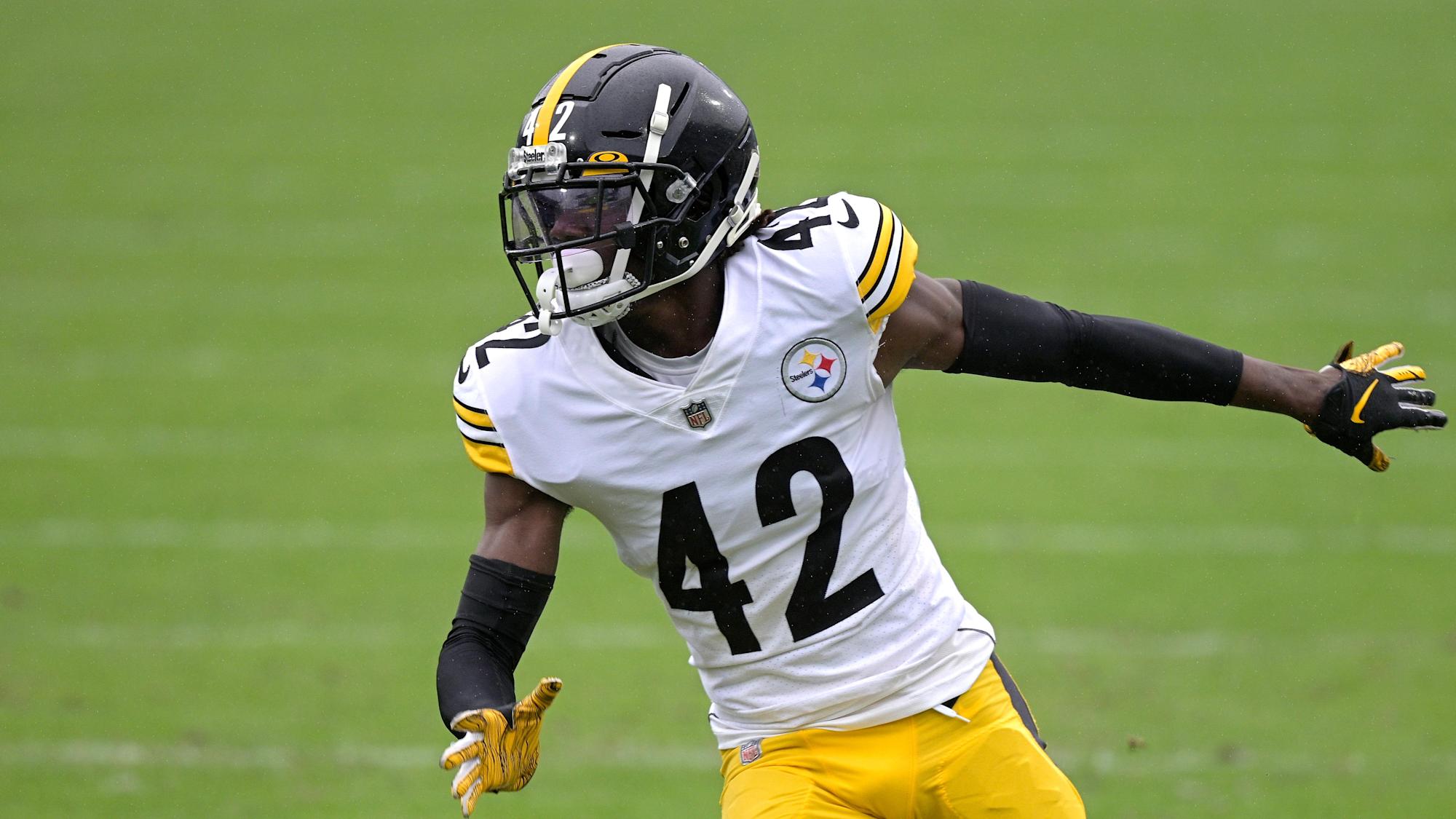 It’s a rarity for a player who went undrafted to make an NFL squad, let alone the 53-man roster, but cornerback James Pierre did. Most snaps came on special teams, but now that Steven Nelson and Mike Hilton are no longer in Pittsburgh, Pierre’s opportunities should grow — especially if he continues to have practices like the one on Wednesday.

After each offseason session, a standout player gets to rap with the media in a press conference. Pierre’s two interceptions of Ben Roethlisberger during minicamp earned him that right.

“To be honest, Ben is not just throwing anybody the ball,” Pierre said. “It’s precious to get one of those … It’s hard to get it from Ben. So when I got those, it kind of made me smile.”

Roethlisberger gave Pierre well-deserved props. “After practice, Ben came up to me, told me good job, gave me a fist bump,” said Pierre. “It built my confidence a little bit.”

Head coach Mike Tomlin sees that confidence. He said that Pierre knows what’s needed of him physically and mentally and has high expectations for him this season.

“I think we’re looking for all of those second-year players who gained experience, and that guy gained a lot of experience last year,” Tomlin told the media on Wednesday. “[Pierre] didn’t play a lot of defense, but he had a helmet on every week and was preparing every week. He was a critical component of our special teams unit, and that usually is an indication of the guys ready to proceed and advance. I think it’s reasonable to expect him to do so.”

3 ways to keep Ben Roethlisberger with the Steelers past 2021