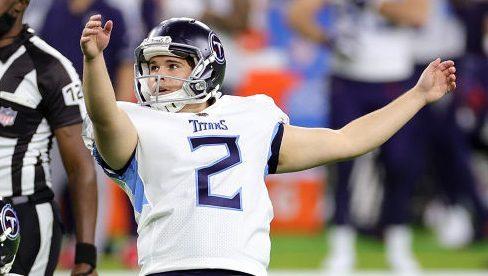 The Steelers are bringing a second kicker to training camp.

Tom Pelissero of NFL Network reports that the Steelers are planning to sign kicker Sam Sloman, pending a physical.

A 2020 seventh-round pick of the Rams, Sloman won their kicking job in training camp. The Rams cut Sloman after seven games in which he got off to a shaky start.

Sloman was then signed by the Titans and kicked the game-winning field goal in their victory to clinch the AFC South title, but he was released in January.

Chris Boswell, the Steelers’ incumbent kicker, is coming off a solid season and will be the favorite to win the kicking job, but Sloman will be there to push him.