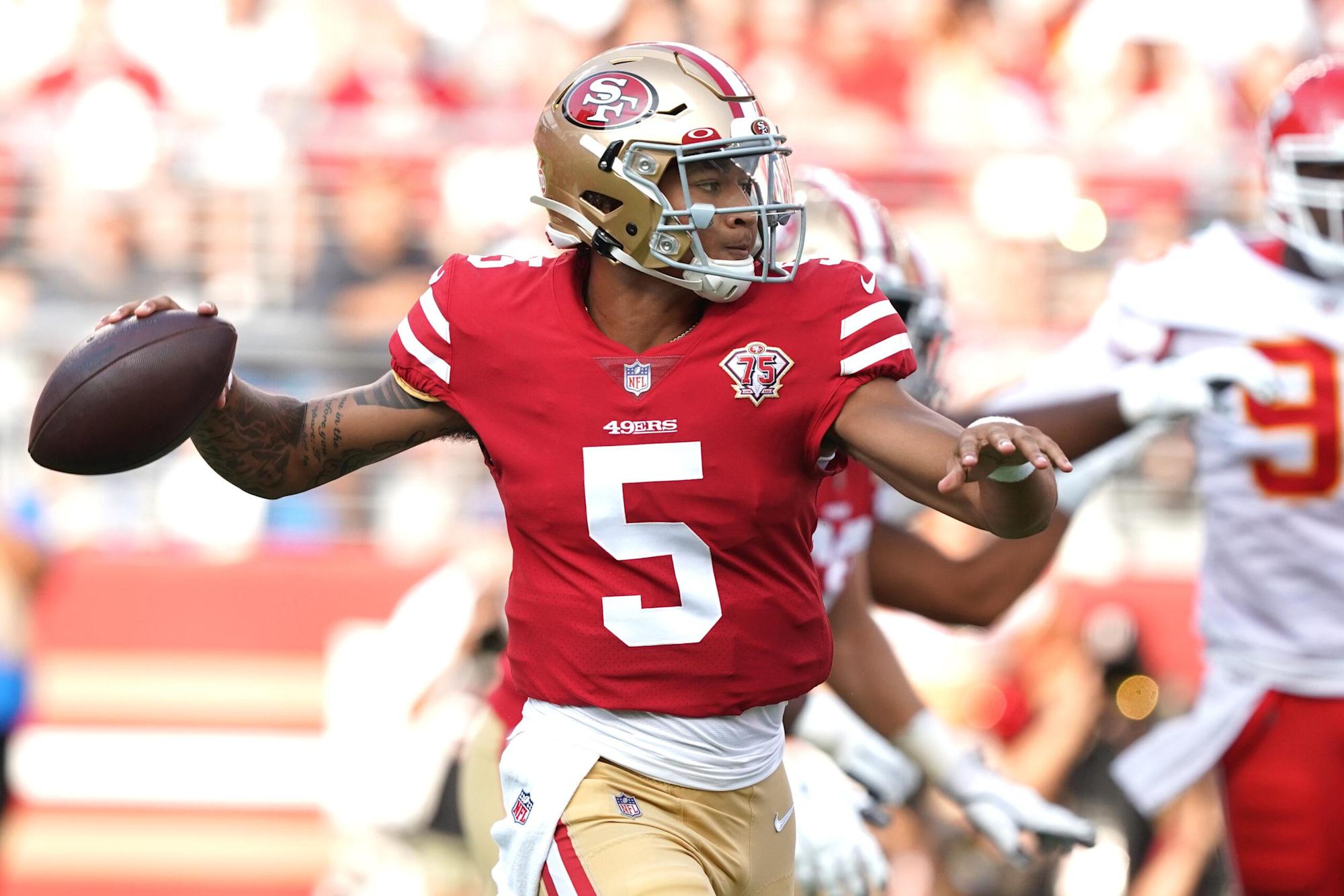 Week 2 of the NFL preseason is upon us, with the New England Patriots and the Philadelphia Eagles getting the party started on Thursday night. Over the next few days every team will be in action as organizations look to finalize rosters and, in many cases, starting lineups.

What are the major storylines to watch? From position battles taking shape throughout the league, rookies looking to earn more playing time, veterans looking to hold down starting spots, and more, here is everything to be on the lookout for over the next slate of preseason action.

Here are the storylines to watch during week 2 of the NFL preseason.

Does a third rookie quarterback secure the starting job?

A pair of rookie quarterbacks, Trevor Lawrence and Zach Wilson, entered training camp as the assumed starters in Jacksonville and New York respectively. However, each of the the three other quarterbacks selected in the first round made a case for themselves over the past weekend. We can start in New England, where Mac Jones showed that he could operate New England’s offense effectively against the Washington Football Team. Two things stand out about his NFL debut. First, the Patriots got him onto the field early, playing with some of New England’s top offensive players and against starters on the defensive side of the football. Second, the Patriots opened the second half with Jones operating the no-huddle offense so the coaching staff could evaluate him in that setting. This could be more of an open competition than the organization is letting on. Then there is Justin Fields, who flashed against the Miami Dolphins in his own debut. Fields threw for a touchdown and ran for another, and as Doug Farrar noted, there are moments from his own debut that should have Chicago Bears fans pining for his first start in a regular season game. Finally we look out west to Trey Lance. The North Dakota State product shined early, hitting Trent Sherfield on an 80-yard touchdown pass, but his final numbers against the Kansas City Chiefs were less than stellar. Still, does his potential give Kyle Shanahan the key to unlocking portions of the playbook previously closed under Jimmy Garoppolo? Could one — or more — of these young passers do enough to earn a starting job this week?

Something else to keep in mind is this: What players did enough in the first preseason game to earn more playing time, perhaps with the starters, here in Week 2 of the NFL preseason. A prime example might be the player shown above, Cleveland Browns’ rookie linebacker Jeremiah Owusu-Koramoah. The Notre Dame product flashed in his time on the field this weekend, sacking Gardner Minshew and showcasing his ability both against the run and against the pass. But that largely came against backups. Still, was that enough for Owusu-Koramoah to earn some time with the starters this weekend? Another example might be New England rookie running back Rhamondre Stevenson. The rookie ripped off a long touchdown run late against Washington to deliver a win for the Patriots. However, that came against the depth of the Football Team’s defensive unit. Was his effort against Washington enough to earn him more playing time going forward? What players did enough in Week 1 to earn more time here in Week 2?

How do coaches handle this second preseason game?

In year’s past, the third preseason game became known as the “Dress Rehearsal.” Coaches would play their starters into the second half, and it would be a final run for the starting lineup before the season began in earnest. This season, with the shift to just three preseason games, it is likely that teams approach this week as the “Dress Rehearsal.” Some coaches have indicated that they will take such an approach: https://twitter.com/BradBiggs/status/1427627291140628485 Other coaches are taking a different approach: https://twitter.com/AdamSchefter/status/1427411174849753088 We might not know until closer to kickoff of each game, but it will be curious to see how each coach handles the second preseason game this year.

Where are we with Joe Burrow?

We might not get an answer on this question over this weekend, but a storyline that continues to brew is the status of second-year quarterback Joe Burrow. Cincinnati Bengals head coach Zac Taylor already stated that Burrow will not play on Friday night against the Washington Football Team, after sitting out the Bengals’ first game of the preseason last week. Taylor, however, did not rule out Burrow for the final preseason game, and for his part the young quarterback has expressed an interest in seeing game action before Week 1. What makes this a storyline to monitor is two-fold. First, there is the injury and recovery from Burrow. More on that in a moment. Second, there is the decision of the Bengals to — after seeing Burrow go down for the season against Washington a year ago — draft a wide receiver in Ja’Marr Chase rather than an offensive tackle with their first pick in the draft. Regardless of how well Chase pans out, that will be a decision people will continue to second-guess depending on Burrow’s health. As for the recovery, I do think it is fair to caution a bit of patience. If you look at the history of quarterbacks returning from ACL injuries (Carson Wentz, Jimmy Garoppolo, Deshaun Watson, Tom Brady and others) you’ll see that it takes time for the quarterback to feel completely confident in his lower body. So reports of Burrow “struggling” or feeling “uncomfortable” during training camp should be viewed with that context. As should the reports that Burrow has turned things up a notch the past few practices…particularly when targeting his former LSU teammate.

Will the Baltimore Ravens make a bit of history?

The last time the Baltimore Ravens lost a preseason football game Barack Obama was President, “Can’t Feel My Face” by The Weeknd was atop the Billboard Hot 100, Tik Tok had yet to be released, and nobody had ever heard of COVID-19. Yes, the Ravens have won 18 straight preseason games, with their last preseason loss coming in August of 2015. They can tie the NFL record with their 19th-straight preseason victory this weekend with a win over the Carolina Panthers. That potential victory would put the Ravens on par with the 1959-1962 Green Bay Packers, winners of 19-straight preseason games. Vegas considers the Ravens favorites this weekend over Carolina, with Baltimore giving 3.5 points. Our friends at Tipico, however, consider the Panthers slight favorites to cover the spread, listing them at -125. If, you know, you’re into that sort of thing…

Beyond the quarterback battles involving rookie passers, there are two other QB competitions playing out in Denver and New Orleans between veteran players that are worth monitoring this weekend. We can start in Denver, where after the Drew Lock show last week it will be Teddy Bridgewater getting the start this weekend against the Seattle Seahawks. Lock got the start a week ago against the Minnesota Vikings and completed 5-of-7 passes for 151 yards and a pair of touchdowns. Bridgewater came in after Lock and completed 7-of-8 throws for 74 yards and a score. Down in New Orleans, Jameis Winston and Taysom Hill are still battling it out for the starting job. Including rookie Ian Book, each of the three Saints quarterbacks threw an interception last week against the Baltimore Ravens, and only Winston found the end zone with one of his throws, completing 7 of 12 passes for 96 yards, a touchdown and the interception.