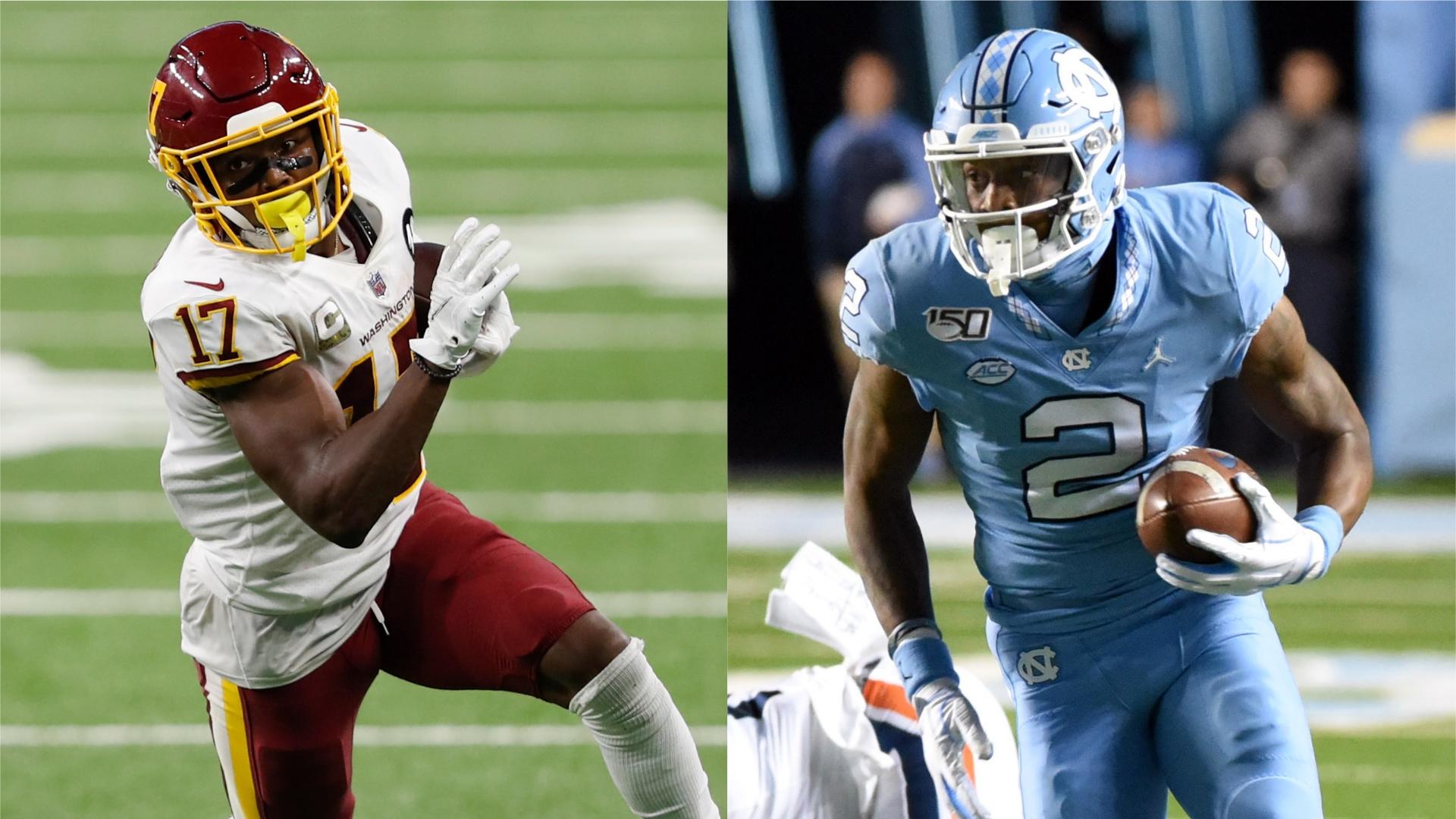 Optimism is not in short supply for the Washington Football Team heading into the 2021 NFL season. There was a glaring need at the wide receiver position heading into the offseason, and the team made major moves to give Ryan Fitzpatrick some target options not named Terry McLaurin. One of those options is Dyami Brown, rookie WR from North Carolina.

Two weeks of OTA sessions are in the books in Ashburn, and McLaurin really likes what he’s seen thus far from his new position mate.

One of Brown’s pro comparisons coming out of college was actually McLaurin, and it’s no mystery why. Brown poses a serious deep ball threat, is excellent in man coverage, and can hold his own on 50-50 balls. It shouldn’t be a surprise if Brown ends up being the steal of the 2021 NFL Draft after being selected no. 82 overall.

“He’s a dude who knows what he’s doing. He doesn’t really make too many mistakes,” McLaurin said of Brown. “He’s a guy who has that easy speed I’d say—he can really stretch the field. It’s just a matter of the quarterbacks getting used to his speed and learning how to connect that way.”

Speed—that’s Brown’s calling card. He ran a 4.44 40-yard dash at the NFL Combine after leading the nation in 20+ yard catches over the last two seasons. Washington head coach Ron Rivera took note of that heading into OTAs.

“A lot [to like]. We love the speed, we love the playmaking ability,” Rivera said last month, making a familiar comparison. “His contested catches is what stood out, and another guy like that was Terry McLaurin. His contested catches. Those are the guys that are going to make plays when you need them the most. Those are the guys that you get excited about.”

However, given the hype behind Brown, one thing that could hamper his rookie season is the learning curve going from college to the pros. McLaurin is prepared to be a guiding voice for Brown.

“He’s kinda quiet, but he’s coming out of his shell a little bit the more he gets to know everybody,” McLaurin said. “I just try to give him any tips that I can here and there to help him be the best player he can be.”

Washington fans enthusiasm about Dyami Brown is justified. Along with McLaurin and other offseason additions Curtis Samuel and Adam Humphries, Brown will be a key part of an exciting receiving core.