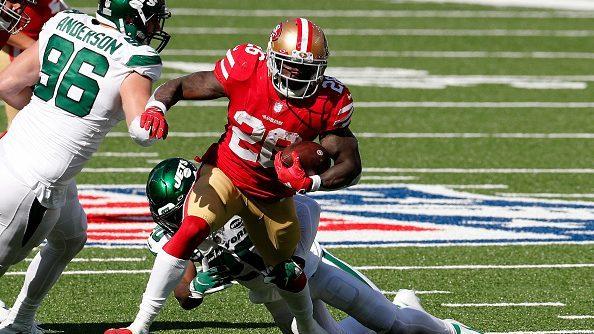 New York Jets Tevin Coleman says he’s finally healthy after multiple injuries slowed him last season in San Francisco and believes he still has a lot to offer in his move to the Jets.

“Oh, yeah, I feel like I’ve got a lot left — a lot left in my tank,” Coleman said, via Dennis Waszak Jr. of the Associated Press. “I’m a fast guy, I’m a strong guy, I’m big. So I’ve definitely got a lot in my tank to prove myself.”

Colmean had a sprained knee and an injured shoulder last season with the 49ers that limited him to just eight games. He had just 28 carries for 53 yards as Raheem Mostert, Jeff Wilson and Jerick McKinnon handled most of the team’s rushing duties in his place.

But Coleman says those injuries are behind him and he’s ready to show what he’s still got left in New York.

“I’m back to 100%,” Coleman said. “I definitely had a lot of things going on from last year with my knee, my shoulder and things like that. But yeah, I’m 100% and everything’s going good.”

With new Jets head coach Robert Saleh coming over from the 49ers, he’d have plenty of background information of what Coleman dealt with last season as he fought through injuries. He also knows the type of player Coleman can be when he’s healthy. Now it’s up to Coleman to show that he has as much left in reserve as he believes he does.