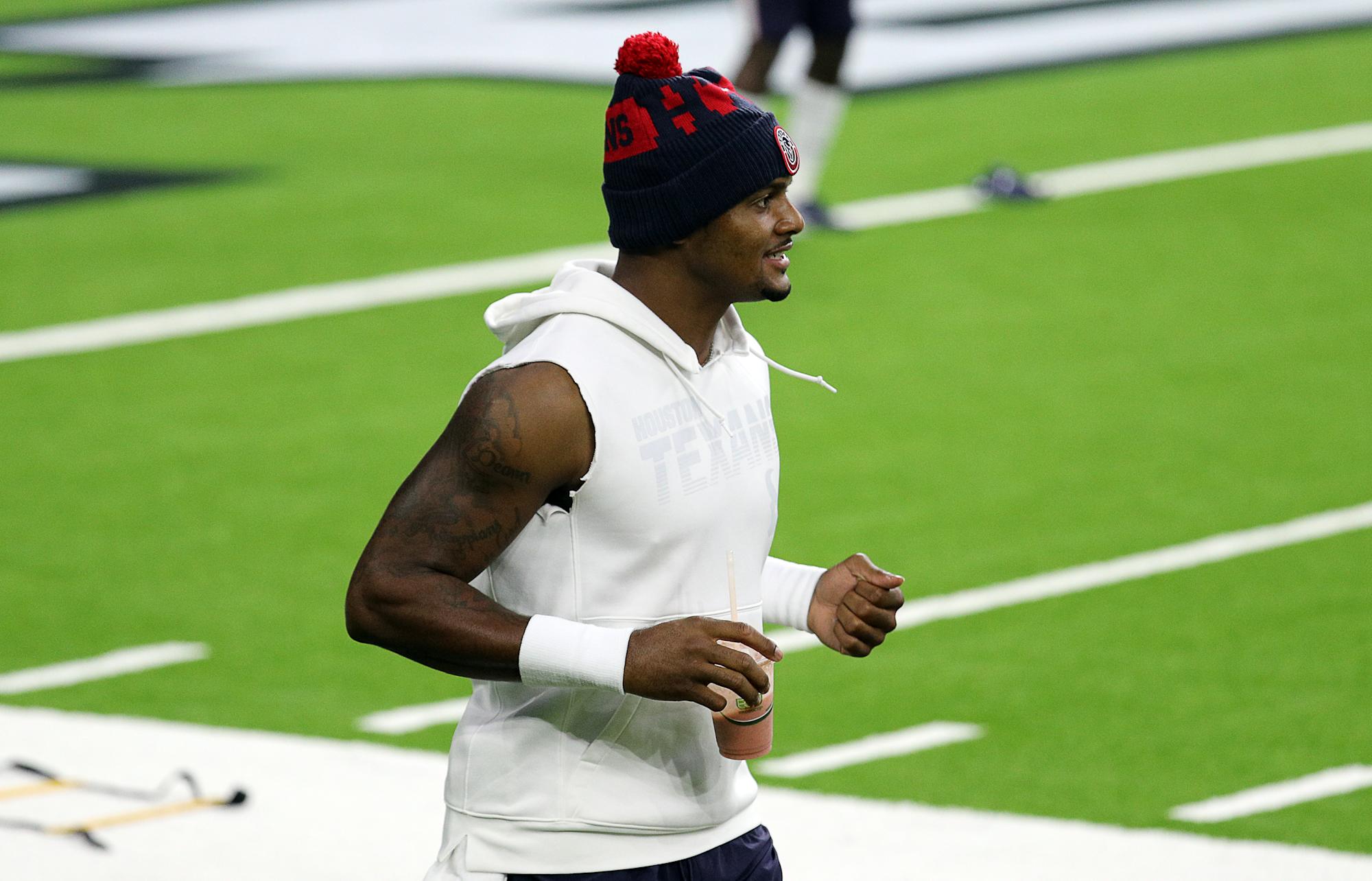 QB Deshaun Watson is in Houston Texans camp, as expected.

How the Texans proceed from here will be fascinating. Watson still wants a trade. And there’s still no resolution from the 22 separate allegations of sexual misconduct that have been filed against Watson in civil court.

But as Yahoo Sports’ Charles Robinson wrote this week, no news has been good news so far for Watson’s camp. It might be months before there’s any tangible resolution to his legal issues.

The Texans reportedly are willing to trade Watson. However, Texans GM Nick Caserio refused to comment on what the next step might be for the quarterback in limbo.

Should Deshaun Watson even be in Texans camp?

The NFL isn’t enacting any discipline or preventative measures, and yet Caserio wouldn’t bite on questions about whether Watson’s presence should be permitted or whether it’s a bad look for the organization amid some serious charges that have yet to be resolved.

“It’s my responsibility to the player, first and foremost, and the organization, and that’s how it’s going to be.”

All we really learned from Caserio in his brief chat is that the team’s front office has spoken to Watson, who so far has been going through the motions with his team.

“We’ve had conversations,” Caserio said. “I am not going to get into the nature of those conversations. Again, he’s here, he’s been in meetings, he went through the conditioning test …

“So we’re going to take it one day at a time and do what we feel is best on a day-to-day basis.”

Beyond that, Caserio wasn’t biting. He wouldn’t even get into what Watson might do on the field — would the Texans even risk injuring a player who might not have a future in Houston and who potentially could be a valuable trade piece.

As for any potential distractions with the rest of the Texans going forward, Caserio praised the other players’ work ethic and commitment.