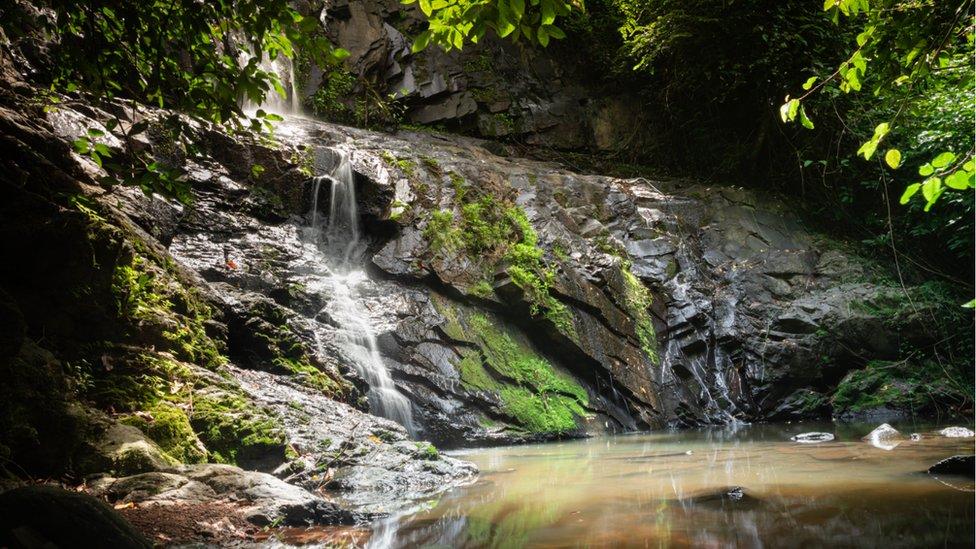 Thai police have charged a 27-year-old man in connection with the death of a Swiss woman who was found near a waterfall on the resort island of Phuket last week.

Police found her face down in the water covered by a black sheet, with her phone, shorts and trainers nearby.

Theerawut Tortip told reporters at a police press conference that he killed the woman and stole from her.

“I would like to apologise to the family of the tourist and plead for all Thais to forgive me,” he said.

He was detained after nearby CCTV footage showed him travelling to the waterfall around the same time Ms Sauvain-Weisskopf went there, police said. The waterfall at Ao Yon is not far from the coast and a popular tourist spot in Phuket’s Wichit area.

Her death came just weeks after Thailand launched its so-called “Phuket Sandbox” scheme. She reportedly arrived in Thailand on 13 July.

Under the programme, vaccinated tourists can come to the island without the need to quarantine, but cannot travel to the mainland within 14 days.

Ms Sauvain-Weisskopf’s death has prompted local officials to step up security on the island amid concerns that it is a huge setback to the sandbox scheme.

Governor Narong Woonciew said officials would survey unsafe areas in each community and put them under surveillance.

A spokesman for Thailand’s foreign minister Don Pramudwinai said on Twitter he had sent his condolences to the Swiss ambassador for the “murder of a Swiss woman in Phuket”.

And government spokesman Anucha Burapachaisri said that Prime Minister Prayuth Chan-ocha had ordered police “to expedite the investigation to identify and arrest the culprit”.

He also ordered officials to increase security in Phuket.

Switzerland’s foreign ministry meanwhile released a statement on Thursday saying Thai authorities had contacted them about the death of an “apparent Swiss citizen” but gave no more details, citing privacy concerns.

Local reports have said she was a Swiss diplomat, although officials have not yet commented on her job.

Before the pandemic, tourism accounted for about one-fifth of the Thai economy.

Young Thais in Phuket share their hopes and fears about future employment in the country’s tourist industry.