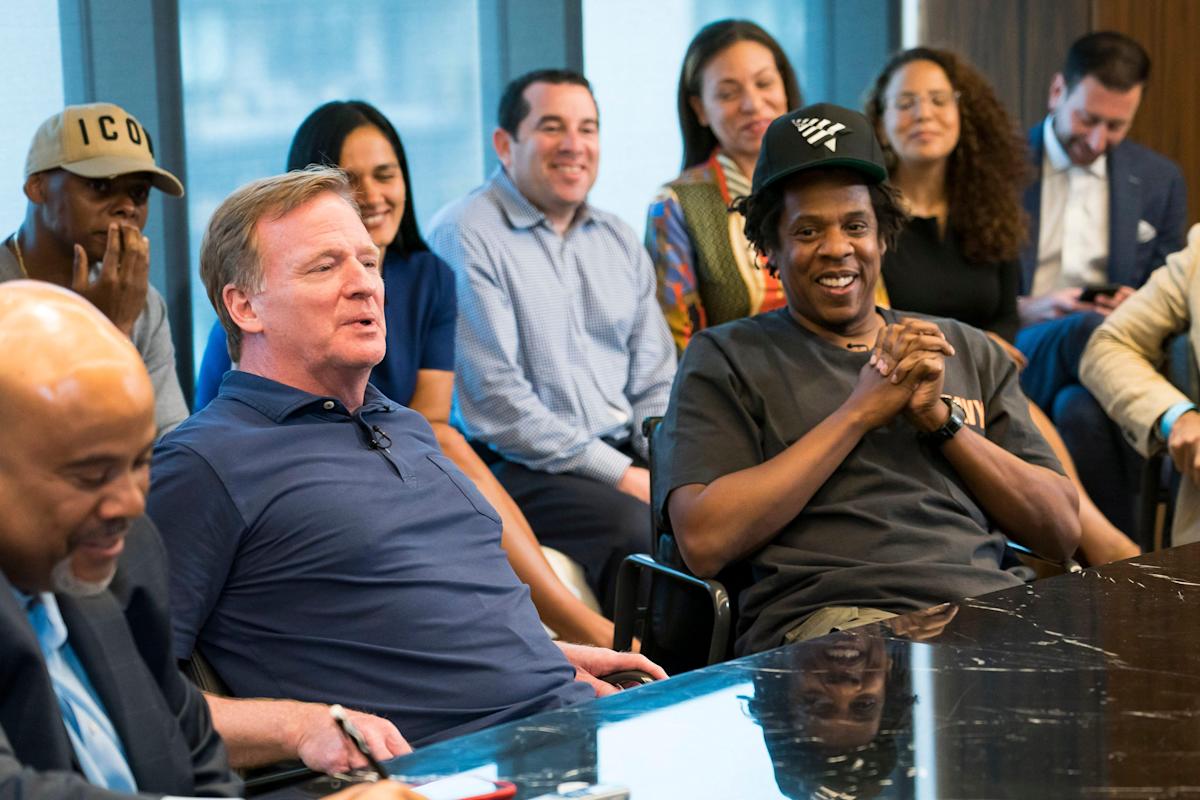 In February for Black History Month, USA TODAY Sports is publishing the series “28 Black Stories in 28 Days.” We examine the issues, challenges and opportunities Black athletes and sports officials continue to face after the nation’s reckoning on race two years ago.

It was August of 2019 when the NFL announced what seemed to be a remarkable piece of news: the league was entering a multi-year agreement with Roc Nation, started by Jay-Z.

This happened in the aftermath of the Colin Kaepernick protest movement. The NFL not only didn’t back Kaepernick, it banished him. The belief some had was that Jay-Z could bridge the gap between Kaepernick and NFL owners. It was a ridiculous belief but there was hope.

“Roc Nation, the entertainment company founded by rapper and businessman Shawn “Jay-Z” Carter, is entering into a multiyear partnership with the NFL to enhance the NFL’s live game experiences and to amplify the league’s social justice efforts,” the NFL’s release stated.

NFL’s ROONEY RULE: How it works and why it’s at the center of controversy

It was the last part of that sentence that was the most noticeable: to amplify the league’s social justice efforts.

The NFL and Jay-Z were definitely giving the impression that his role wasn’t superficial; it was substantive.

It was also, it turns out, totally false.

Jay-Z will deliver what likely will be a stunning halftime show for Super Bowl 56, but that doesn’t count under amplifying the league’s social justice efforts.

There isn’t a single, tangible thing you can point to that shows Jay-Z helping with the league’s social justice efforts. Is it possible he’s doing something behind the scenes we don’t know about? Sure. Is it likely? No way. If Jay-Z did anything of great significance, the NFL would have put the news on the side of each of its stadiums.

“I’m really into action — I’m into real work,” he said to the media then. “I’m not into how it looks. How it looks only lasts for a couple months until we start doing the work. I’ve been in this position many times. Take Tidal as a great example from five years ago. Now, people look at it today, people have a different outlook on it. But at the time, people didn’t see what was going on.

“So I’ve been in this position many times. I just show up and do the work, I’m not interested in how things look on the outside. If protesting on the field is the most effective way, then protest on the field. But, if you have a vehicle that you can inspire change and you can speak to the masses and educate at the same time.”

As far as we know, he’s done none of that with the NFL.

In fact, I’d totally forgotten Jay-Z even had a multi-year agreement with the league. That’s how noticeable his involvement has been.

What I do remember is something Jay-Z explained during his initial press conference: “I think we’ve moved past kneeling. I think it’s time to go on to actionable items.”

Maybe Jay-Z is playing a long game where he’s attempting to become an NFL owner. He could then, the theory goes, make real change.

However, like with other things, there’s no indication Jay-Z is trying to do that, either.

There’s no indication he’s doing much of anything when it comes to him trying to “amplify the league’s social justice efforts.”

“Every conversation I’ve had with Jay has been inspiring,” NFL Commissioner Roger Goodell said at the time. “Not just on his perspective on the process of how we do the entertainment, but what we should try to achieve. We always say we should get better and we should evolve. We think we should partner with the best, and that’s why we’re sitting here. We believe we’re partnering with the best. So, his perspective is going to drive us.”

It drove them alright …