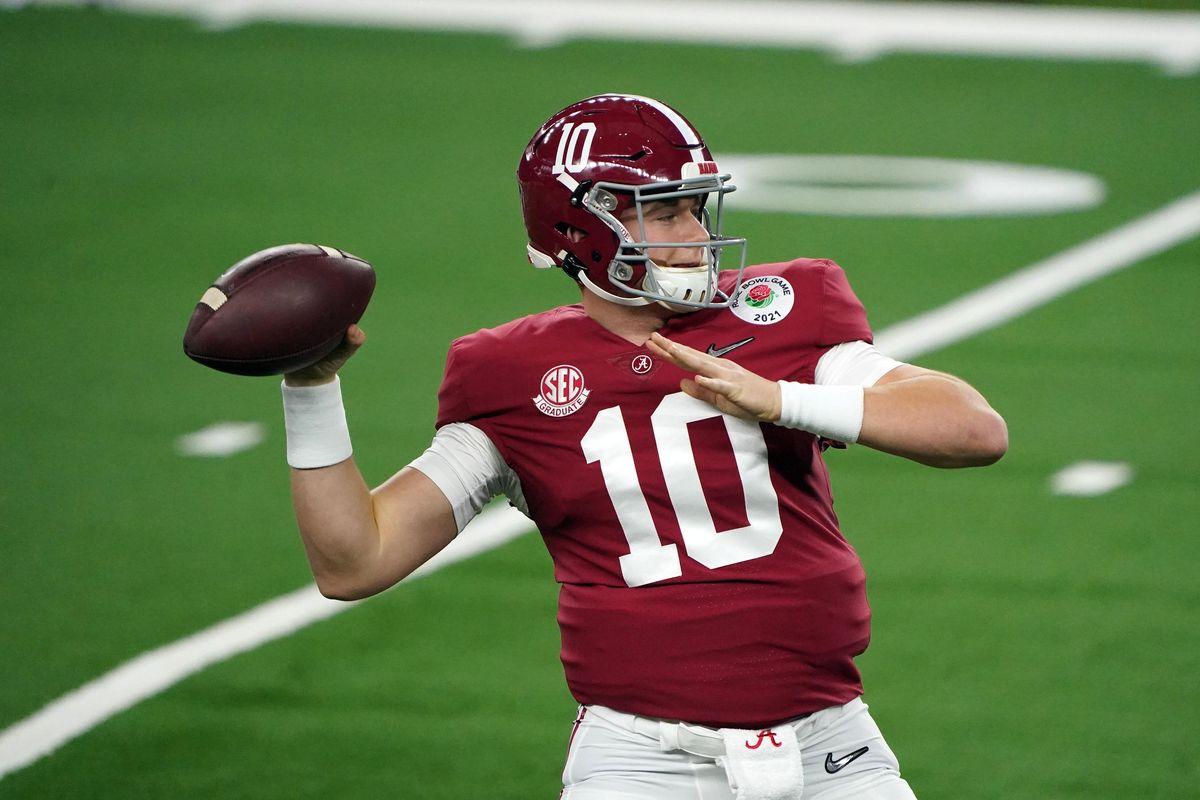 The Athletic published a new 2021 NFL mock draft on Tuesday and it offered a unique spin on what the Chicago Bears might do in the first round of April’s draft.

At No. 20 overall, Bears beat writer Adam Jahns has Chicago selecting Virginia Tech offensive tackle Christian Darrisaw, which would qualify as a major steal on my board. I currently have Darrisaw graded a top-10 player, so landing him with the 20th pick is an extremely good value at a position of major need for the Bears heading into 2021.

Taking a quarterback was definitely a consideration, but a $10 million investment also was made in Andy Dalton. He’s the Bears’ starting quarterback for 2021, or at least that’s what he was told during his recruitment in free agency. Either way, it’s best not to force the pick, though the Bears have a history of doing that. This is a great year for offensive tackles, and the Bears have to be sure to get one. Cornerback is on the table after Kyle Fuller’s departure, but the Bears are clearly shifting resources from defense to offense. Selecting Darrisaw is part of that process. Charles Leno Jr. and Germain Ifedi become placeholders at tackle until Darrisaw is ready.

The most interesting aspect of this mock draft is what the Bears do next. According to Jahns, Chicago could trade back into the first round — in this case to pick No. 30 — for Alabama quarterback Mac Jones, should he experience a draft-day slide like this projection indicates.

The Bears could be patient and let their QB search in the draft play out into the second round. Jones and Texas A&M’s Kellen Mond could be available. Then again, the wait down to pick No. 52 could take a long time. GM Ryan Pace doesn’t like doing that. Ironically, this trade is made with the team that just signed Mitch Trubisky to be its backup. But never mind that. The Bills can have Trubisky. The Bears are on to the 2021 season and beyond. Jones is worth the swing late in the first round. Dalton also said he’d be OK with handling a mentor role. By drafting Jones, Pace and coach Matt Nagy can potentially extend their stays in Chicago, too. Young quarterbacks always change situations and expectations.

While it’d be a dream scenario for the Bears to pull a blue-chip left tackle and quality quarterback prospect from the first round of the 2021 NFL draft, it’s just not going to happen. It’s highly unlikely Jones slides past the Patriots at No. 15 overall, and there’s been plenty of reports suggesting the 49ers are very much interested in Jones at No. 12.

Still, this is what mock drafts are for; creating scenarios we might not otherwise think of. Maybe the Bears won’t trade back into Round 1 for Jones because he’ll be long gone, but it doesn’t mean they won’t value another quarterback highly enough to try to leapfrog a few teams at the top of Round 2 to land their guy.

The next tier of quarterback prospects is headlined by Florida’s Kyle Trask and Stanford’s Davis Mills. Neither of them has a first-round grade but both could be in play around the middle portion of Day 2. There’s a good chance they’ll both be on the board when the Bears pick in the second round, making a trade-up even less likely.

But remember: This is GM Ryan Pace we’re talking about. When it comes to quarterbacks, anything is possible.