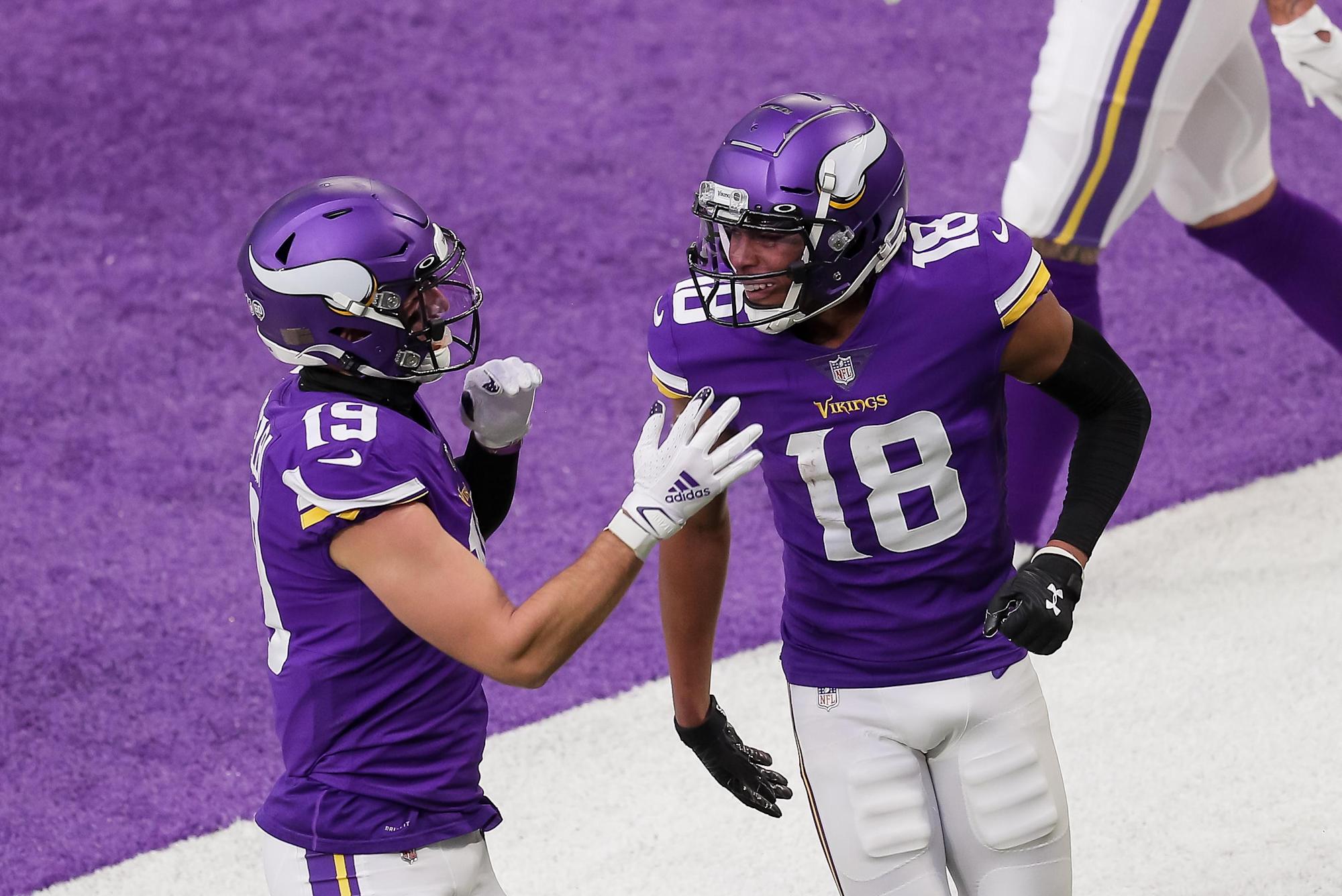 Cook was ranked 26th, Smith was 32nd and Kendricks was 33rd. The Vikings are lucky to have those three — each of whom have helped the team be competitive over the last several seasons.

However, there are some other Minnesota stars who were snubbed from PFF’s list this year. Here are some players on the Vikings who maybe should have made the list.

Just a note: PFF’s list is a projection of what the outlet thinks will happen, rather than a rankings based off of what has happened. Also, positional value is not considered.

Hunter is coming off a season-ending neck injury that he suffered in the 2020 offseason. Still, when Hunter is healthy, he’s among the best edge rushers in the league. In 2018 and 2019, he tallied 14.5 sacks. Hunter has a chance at another big year as a member of the revamped Vikings defense.

If Jefferson’s rookie year is any indication, the Vikings drafted a star last year. Jefferson finished with 1,400 receiving yards and seven touchdowns. He may have trouble improving those numbers a lot in 2021, especially now that most defenses won’t be caught off guard by him this year. But he showed last year he could make contested catches and create good separation on routes. He should have been considered for this list.

Minnesota Vikings wide receiver Adam Thielen (19) celebrates after catching a touchdown pass during the first half of an NFL football game against the Chicago Bears, Sunday, Dec. 20, 2020, in Minneapolis. (AP Photo/Bruce Kluckhohn)

This is probably the least egregious snub on the list, because Thielen is 30 years old and PFF’s ranks are a projection. That said, he is coming off a great 2020 season, tallying 925 receiving yards and 14 touchdown receptions.