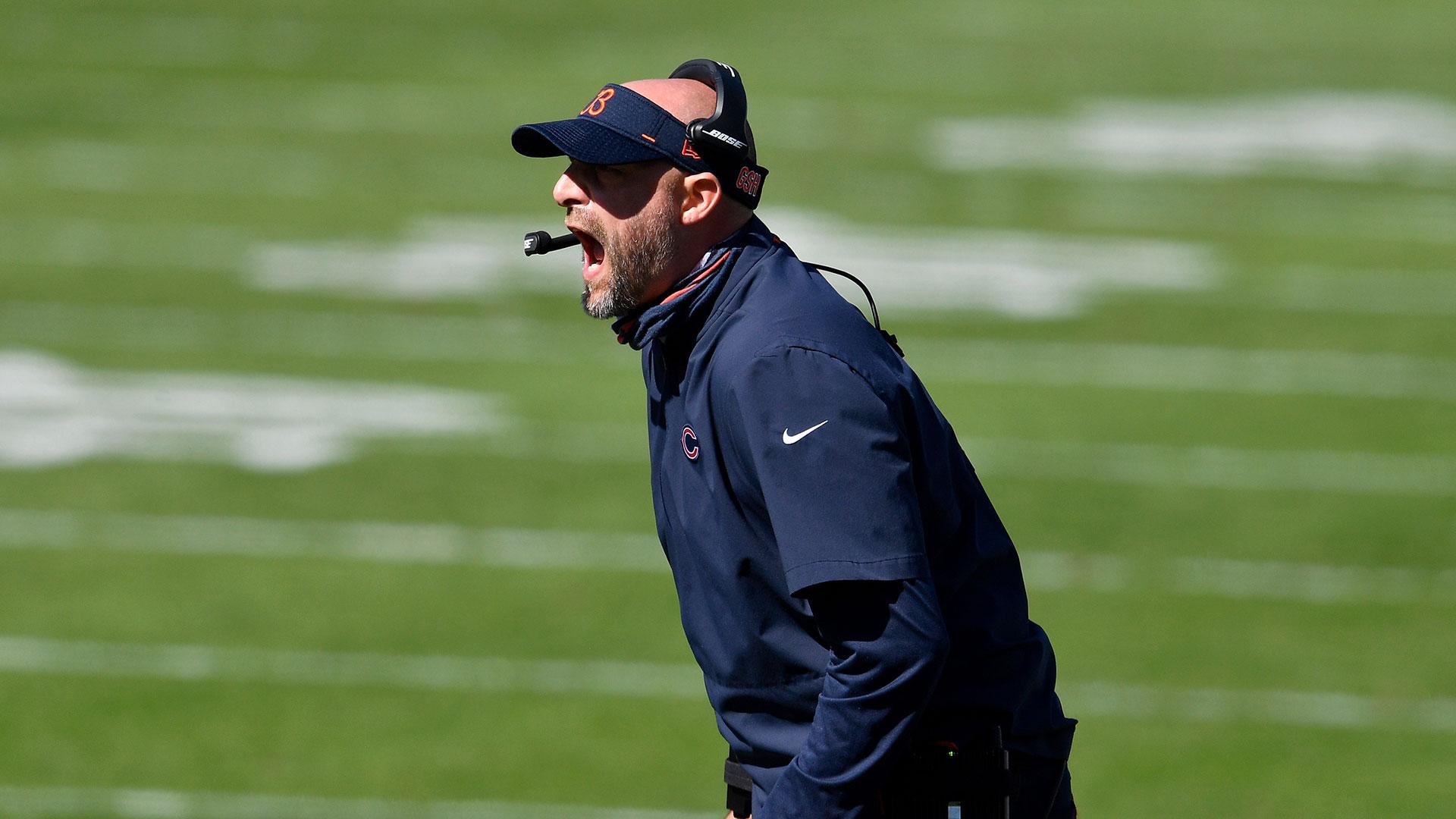 Nagy: ‘Time is now’ for offense to put up points originally appeared on NBC Sports Chicago

When the Bears hired Matt Nagy to lead the team, the expectation was he’d help the offense— which had long dwelled near the bottom of the NFL running vanilla concepts— enter the 21st century. But aside from a few short stretches, the offense under Nagy hasn’t looked much more dynamic over the past three seasons than it did under John Fox.

There are various excuses you can make to explain away the ineptitude: personnel that didn’t fit the scheme, frequent injuries on the offensive line and sub-par quarterback play. But heading into the 2021 season, the Bears are healthy and have arguably the most talented roster that Nagy and co. have ever fielded. So Nagy knows it’s time to put up points, and he’s up to the challenge.

“I think what we’ve put together— Ryan Pace has done such an amazing job of building the last three years— this roster that we have, we have a lot of depth,” Nagy said in a one-on-one interview with the Under Center Podcast. “And so now to be able to have the time to put together, we feel like we’re going to have a great opportunity offensively to to do what we need to do. The time is now, we know that and we’re looking forward to it.

“Now we’re just really excited to see our players grow. We think we did a great job in the draft and bringing in some young talent, in particular on the offensive side of the ball. So we’ll see. But we’ve got to do it. And it’s only a couple of weeks around the corner.”

Beyond the boosted roster and extra year of development, Nagy thinks returning to a more typical football routine this offseason will help too.

“I think we get back to a little bit of normalcy this year with fans and with the players and the rules that they have,” Nagy said. “Then, I think most importantly, too, is we feed— the coaches and players— feed off of fans in those stadiums. So to be able to have everybody back just brings a little bit more out of you.”

That being said, Nagy says he’ll be looking forward from now on, not looking back.

“You can’t live in the past. And that’s not what we’re going to do. I refuse to allow that to happen. This is a new season, and so we got a fresh start. So let’s see what we can do with it.”