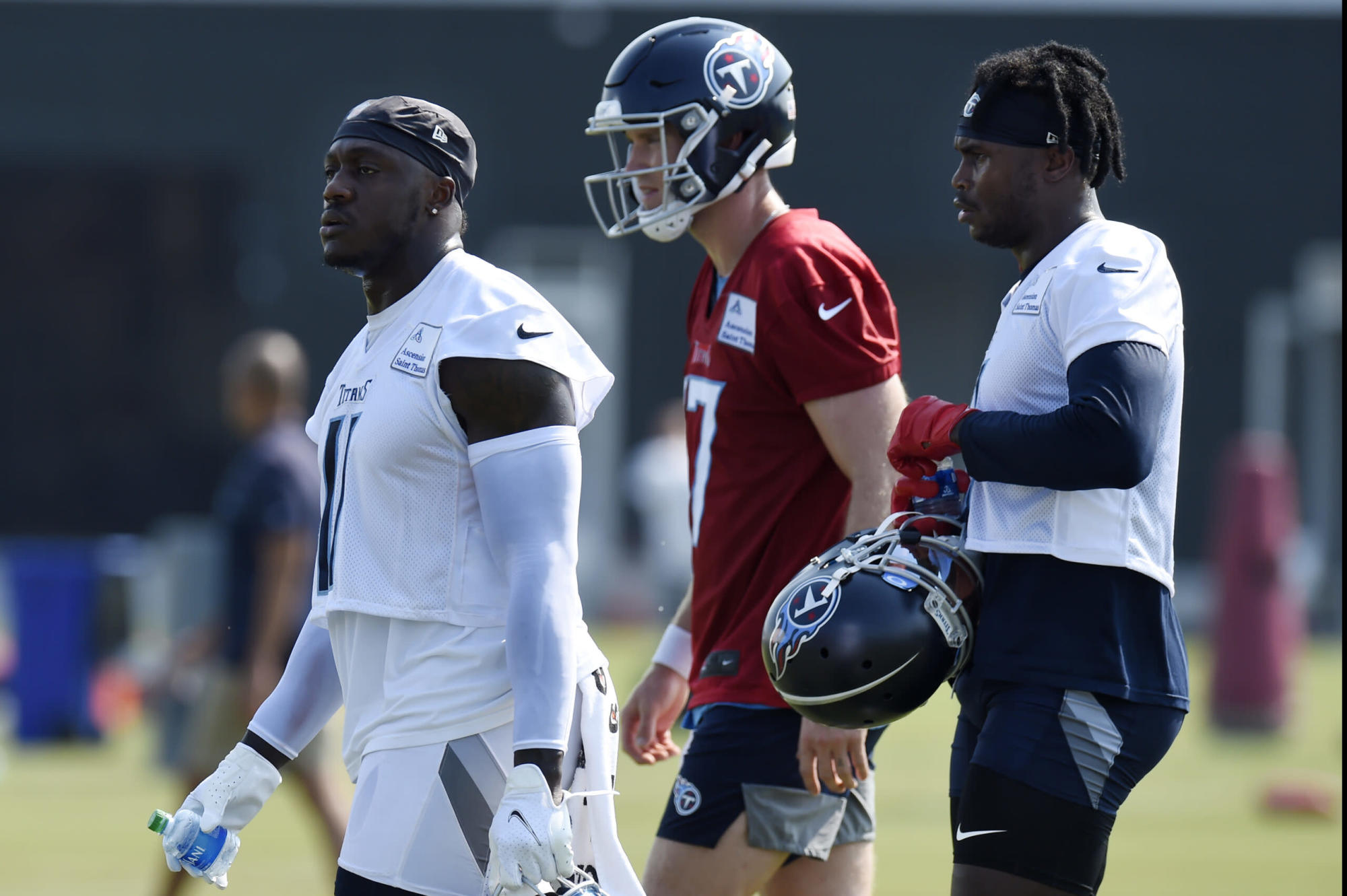 Earlier in the offseason the wide receiver position was among the biggest concerns for the Tennessee Titans after the departures of Corey Davis and Adam Humphries.

But general manager Jon Robinson shored up the position in a big way with the signing of Josh Reynolds, and after that, the trade for Julio Jones. Both players help make up a stacked corps. that also includes budding superstar, A.J. Brown.

Bleacher Report’s Brent Sobleski thinks that trio is among the best in the league, as he ranked it as the No. 5 group in the NFL ahead of the 2021 campaign.

Any group that adds Julio Jones will automatically be better. The Tennessee Titans built an impressive wide receiver corps after losing Corey Davis, who finished second on the team last season with 984 receiving yards, in free agency to the New York Jets.

General manager Jon Robinson saw an opportunity to strike and flipped a 2022 second-round and ’23 fourth-round draft pick to the Atlanta Falcons for Jones and a ’23 sixth-round selection.

Jones is the standard-bearer for the wide receiver position. He may be slowed to a degree due to multiple injuries throughout his career, but he remains one of the most intimidating offensive weapons in the sport.

Only the Cincinnati Bengals (No. 4), Los Angeles Rams (No. 3), Tampa Bay Buccaneers (No. 2) and Dallas Cowboys (No. 1) have better receiver trios in the eyes of Sobleski.

There’s no debating that the Titans sport arguably the best 1-2 punch at wide receiver in the NFL with Jones and Brown, but the presence of Reynolds also gives quarterback Ryan Tannehill a solid No. 3 option to work with.

Perhaps most importantly, the Titans now have a receiving corps. and passing attack in general that can carry the team when Derrick Henry isn’t going off, something that wasn’t the case in the team’s last two playoff exits.

Titans’ Mike Vrabel gives details on who will, won’t play in preseason opener

10 things to watch for in Titans’ preseason opener vs. Falcons