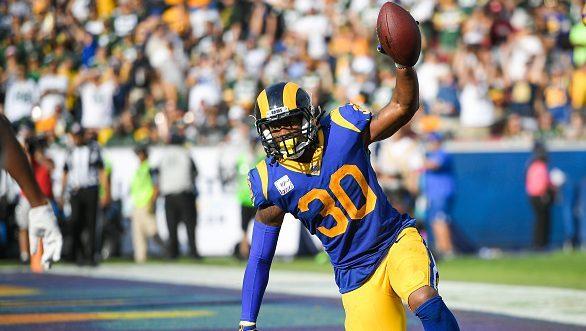 Free agent running back Todd Gurley has drawn interest from another team.

Gurley is visiting the Ravens today, according to Ian Rapoport of NFL Network.

The Lions have also spent time with Gurley, and they’ve been so open about their interest that some thought it was just a matter of time until Gurley landed in Detroit. The interest from Baltimore comes as a surprise, as the Ravens have a crowded backfield with JK Dobbins, Gus Edwards and Justice Hill.

Gurley was a two-time All-Pro with the Rams, but his production has declined markedly in recent years. Last season he started 15 games for the Falcons and finished with 195 carries for 678 yards.