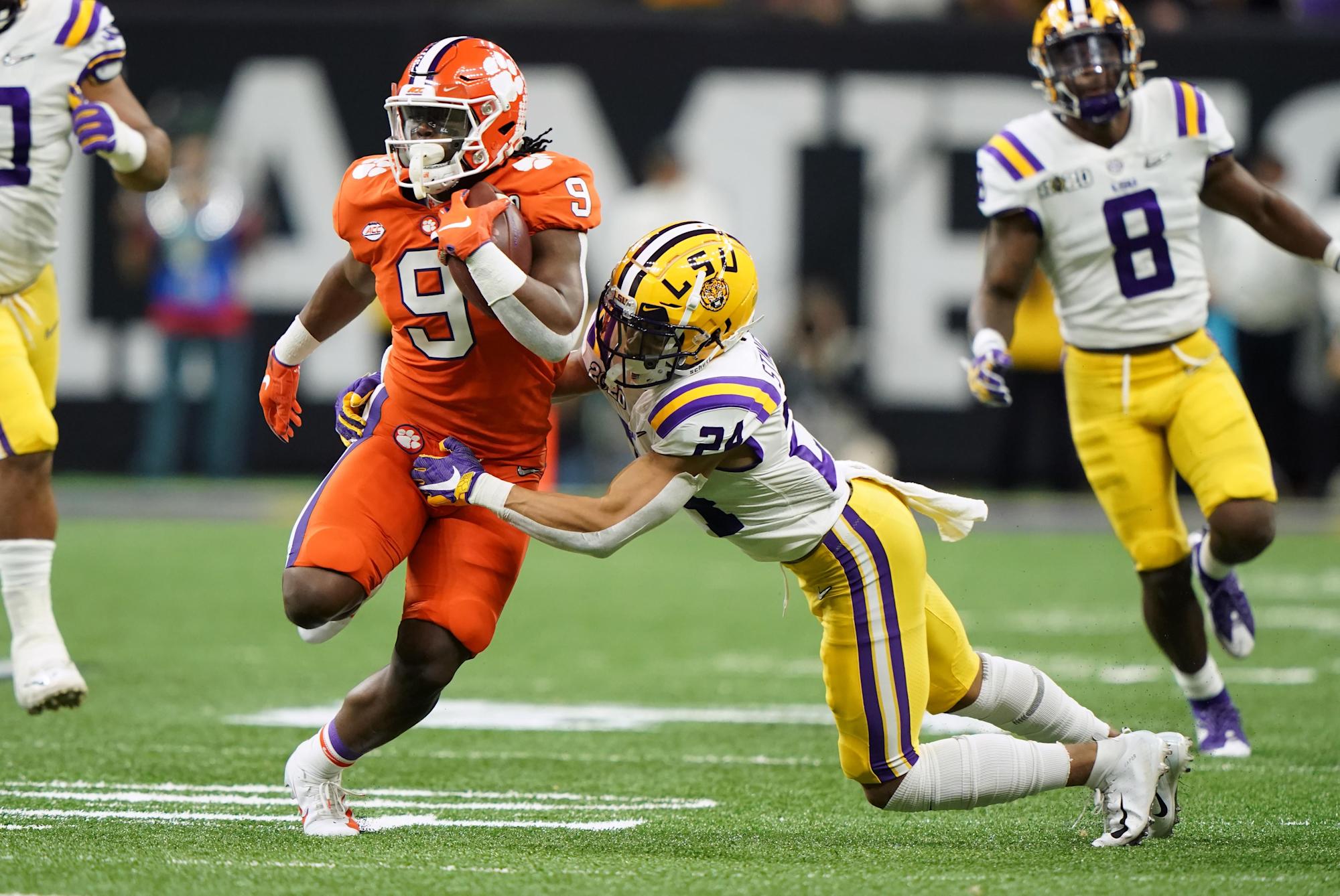 Only a few prospects from April’s draft have signed their rookie contracts, but the analysts devoted to covering the draft have already turned their attention to next year. ESPN’s Todd McShay released his initial mock draft for 2022 (using a draft order based on a composite of power rankings from ESPN’s NFL staff), and he has Jacksonville making a pick that may surprise some fans.

The first thing to mention is that ESPN’s staff isn’t particularly high on the idea that quarterback Trevor Lawrence will fundamentally improve the Jaguars in Year 1. It has the team picking third in the draft, which would certainly be a bit of a disappointment.

With the third pick, McShay has the Jags selecting a cornerback in LSU’s Derek Stingley Jr. The team has selected a cornerback in the first two rounds of each of the last two drafts, so this would be a bit of a curious move.

The Jaguars took Georgia cornerback Tyson Campbell in the second round this year, and they used the No. 9 overall pick on CJ Henderson in 2020. But Stingley is special and would be an immediate starter for the Jacksonville defense. He has great size at 6-foot-1, 195 pounds and produces in every area of the game. His six interceptions as a freshman in 2019 tied for the fifth most in the nation, and he was one of LSU’s best defenders in its national championship win that season.

It seems McShay believes that the team’s selection of Campbell in the second round of the draft this year is a statement on how pleased the team is with the development of Henderson. Were Jacksonville to use a top-five pick on a cornerback next year, that would almost certainly be a sign that Henderson doesn’t project to be a part of the franchise’s future.

But this seems like a hasty conclusion to come to. The sample size of Henderson’s play remains very small at just eight games, and he was far from bad as a rookie, notching an interception, a fumble, and six pass deflections to go with 36 total tackles. He needs to show some strides in 2021, certainly, and he didn’t dominate the way you might hope a top-10 pick would.

Still, there’s plenty of reason to remain optimistic about Henderson heading into his second season in the league, and he would have to be very disappointing for the team to consider using another first-round pick on a cornerback.