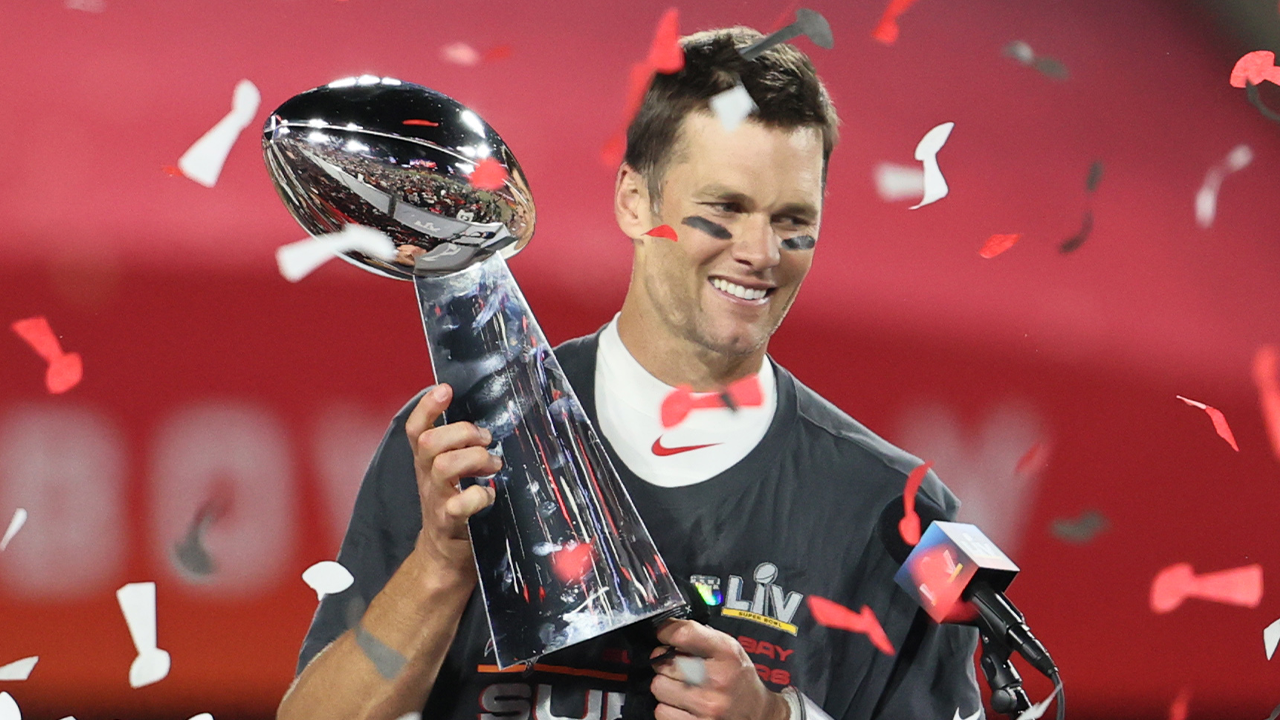 Tampa Bay Buccaneers quarterback Tom Brady is one of the four stars of Tuesday night’s “The Match” golf event, and his golf balls are making headlines.

Similar to New England Patriots head coach Bill Belichick naming his boat after how many Super Bowl rings he’s won, Brady has each of the seven Super Bowls he’s won written on his golf balls for Tuesday’s outing in Montana.

Check out a photo of Brady’s customized balls in the tweet below:

That’s quite a flex from the legendary quarterback.

Brady recently won his seventh Super Bowl title by beating Patrick Mahomes and the Kansas City Chiefs back in February.

Before winning Super Bowl LV, Brady and the Bucs defeated Aaron Rodgers and the Green Bay Packers in the NFC Championship Game. Brady is squaring off against Rodgers again Tuesday. Rodgers is teamed up with PGA Tour star Bryson DeChambeau, and that tandem is the betting favorite to beat Brady and six-time major champion Phil Mickelson at “The Match”.