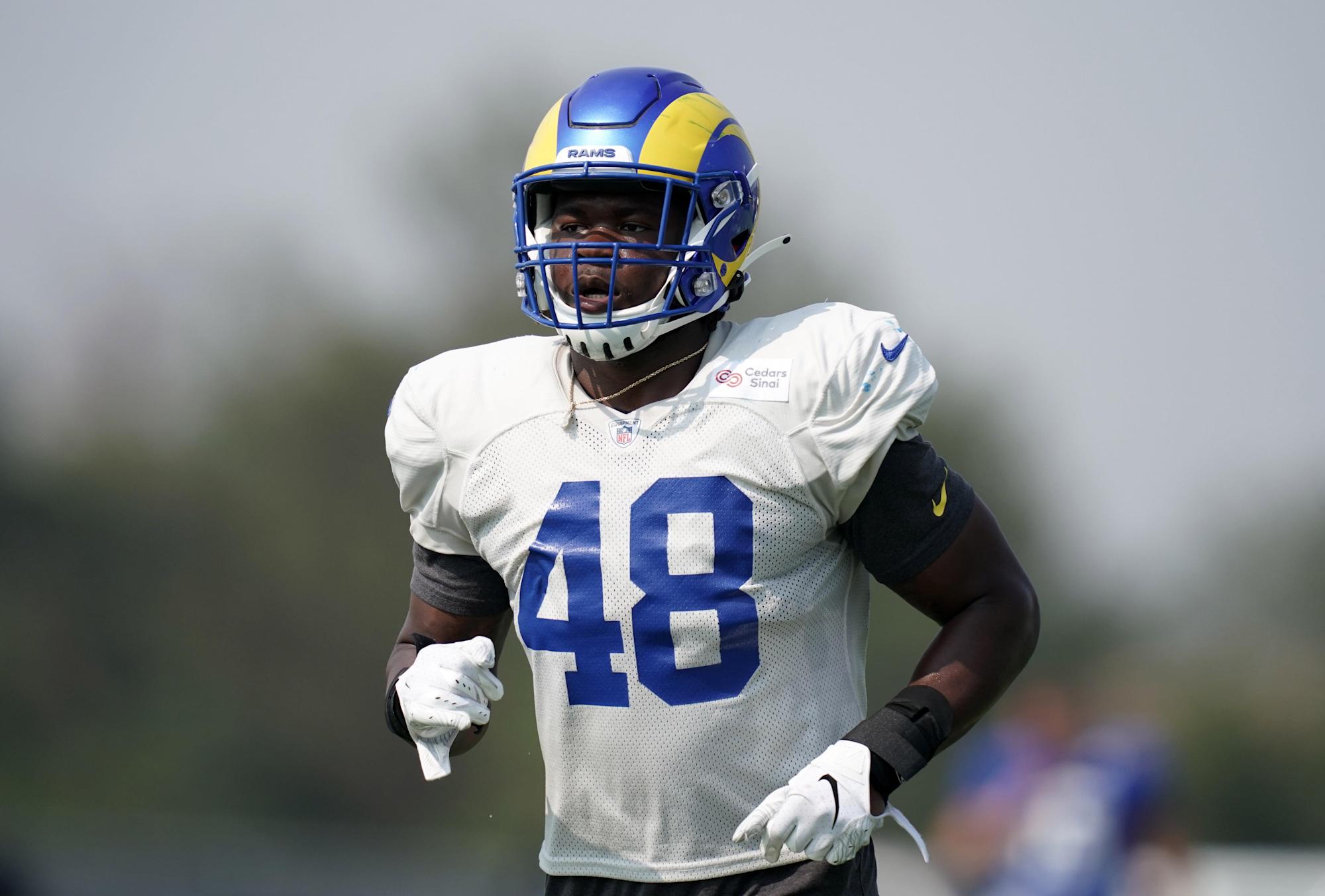 Inside linebacker is a position the Los Angeles Rams must still sort out before the season begins. They have plenty of options, but not a single player right now is a lock to start in Week 1.

Travin Howard was slated to start next to Micah Kiser last year, but near the end of camp, he suffered a torn meniscus. The injury cost him his entire 2020 season, forcing him to miss every game.

Howard was re-signed as an exclusive rights free agent this offseason and now has another chance to start at inside linebacker. Fortunately, he’s feeling good at this point in OTAs and doesn’t appear to be limited.

“It feels like I ain’t been out there in so long, it’s been a whole year, but rehab is going real well,” he said on the “Rams Revealed” podcast. “I’ve been here the whole time. The training staff has been taking real good care of me and I’m back full strength and I’m ready to go.”

One great sign for Howard is that he’s not even wearing a brace on his knee. He’s had a sleeve on it in OTAs, but a brace hasn’t been needed. And after calling himself fast, he said there are no lingering effects from the injury slowing him down.

“Nah, I’m not wearing a brace,” he said. “I’ve got a sleeve on, but that’s as much as I’ve got right now. But I feel real confident, real comfortable and I’m ready to go.”

Howard recounted what happened during that practice when he injured his knee. At first, he didntt hink it was anything too serious, feeling a little pop. He actually stayed on the field and played the next four plays before going to see head trainer Reggie Scott and finding out the bad news.

He even broke down in tears afterwards because of how devastating it was right before the season began.

“That day, it was pretty tough. I didn’t really know what it was at first because my knee, it was a step I always do. It was a regular step. I was running straight and my knee popped,” he said. “I didn’t think it was that bad, I thought it was a little nick. I shook it off and actually played the next period, like four plays and I really couldn’t move like that. Then I went to Reggie, he checked me out. He told me a meniscus. I’m familiar with the meniscus. Like, my brother tore his meniscus back in high school. I’ve been playing football a long time, I know guys that have torn their meniscus and they were back in like six weeks, so I’m thinking it’s going to be a six-week process, I’m going to miss a couple games and get right back in and come in full-swing. But Reggie told me it was a complete tear and I was out for the whole season and that was a heartbreak. I ain’t going to lie, I went to my car and I broke down crying.”

Among those who helped Howard through the rehab process were Joe Noteboom, Brian Allen and Rob Havenstein, all of whom suffered knee injuries of their own at one point or another. Howard’s recovery has gone well and it’s great to see him on the field for the team’s early practices, but the real competition will come in camp.

Howard said he doesn’t know exactly what his role will be or who the Rams plan to start at linebacker, but he’s taking it a day at a time. If he impresses in camp and the preseason, don’t be surprised to see him starting alongside Kiser, Ernest Jones, Troy Reeder or Kenny Young.