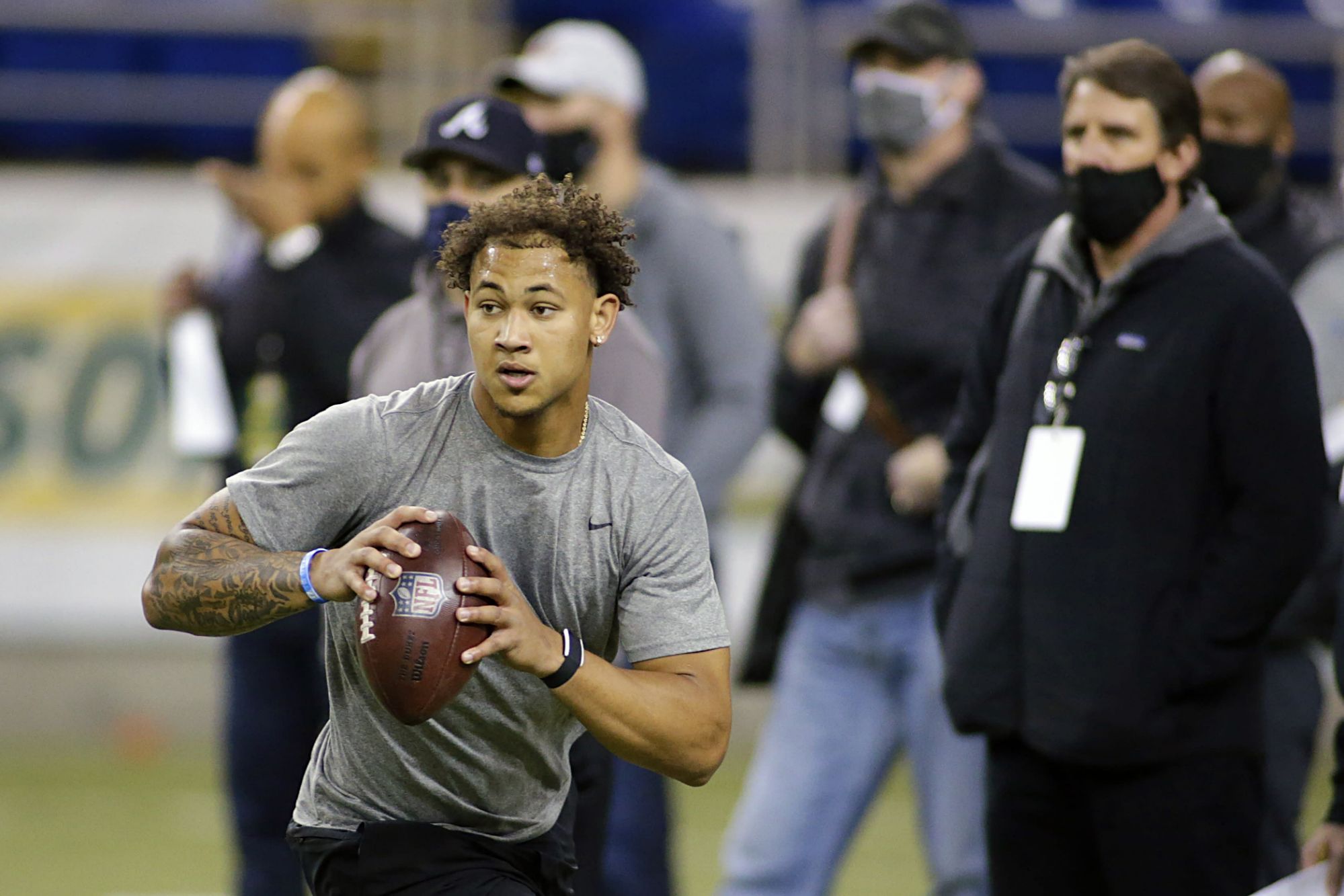 The 49ers made their move up to the No. 3 overall pick in this year’s draft with a specific player in mind. We won’t know who that player is until the pick is officially announced on April 29. Speculation will run rampant until then.

While much of the talk about who San Francisco will pick has revolved around Alabama quarterback Mac Jones and Ohio State quarterback Justin Fields, NFL.com draft analyst Lance Zierlein sees North Dakota State’s Trey Lance as the best fit for the 49ers and head coach Kyle Shanahan.

Zierlein joined the Morning Roast on 95.7 the Game in San Francisco and explained why Lance’s experience in the North Dakota State offense set him up to fit Shanahan’s scheme.

“What North Dakota State does, is they’re a full-field-read offense. They set their own protections. They do a lot of outside zone stuff, which is obviously similar,” Zierlein said. “You’ve got boot action if you want to put that in there, you get the big man on the move with the athleticism. It really, because he’s a full-field reader and he’s not one of these like, half-field college quarterbacks, it really blends itself and works with more the layered passing attack that San Francisco likes to run. And of course Kyle’s (Shanahan) worked a lot more quick game and he’s kind of altered his offense to take in more of what today’s NFL football is which is a copy of college.”

This is going to be an intriguing wrinkle in how the 49ers operate with their pick. Shanahan said in his press conference that their pick is more about the future than just this year, and they seem ready to roll with Jimmy Garoppolo as the starter while their rookie takes a year to learn the system and get up to speed in the NFL.

That would lend some credence to the idea that the rookie doesn’t necessarily need that scheme familiarity right away.

On the other hand, Garoppolo’s spot on the 49ers’ roster isn’t guaranteed and if they get the right trade for him it’s hard to imagine they wouldn’t aim to move him. That would leave the No. 3 pick as the presumed starter with only Josh Rosen and Josh Johnson also on the roster.

A player who’s already thrived in an offense like Shanahan’s would seemingly be able to hit the ground running faster than a player who needs to get comfortable in the scheme.

Perhaps the 49ers are looking for something different in their No. 3 pick, but Lance’s background at NDSU would seem to make him a good fit with San Francisco. If Shanahan is enamored with the physical tools Lance brings as well, it’s easy to see why they’d trade three first-round picks to climb the board and draft him.