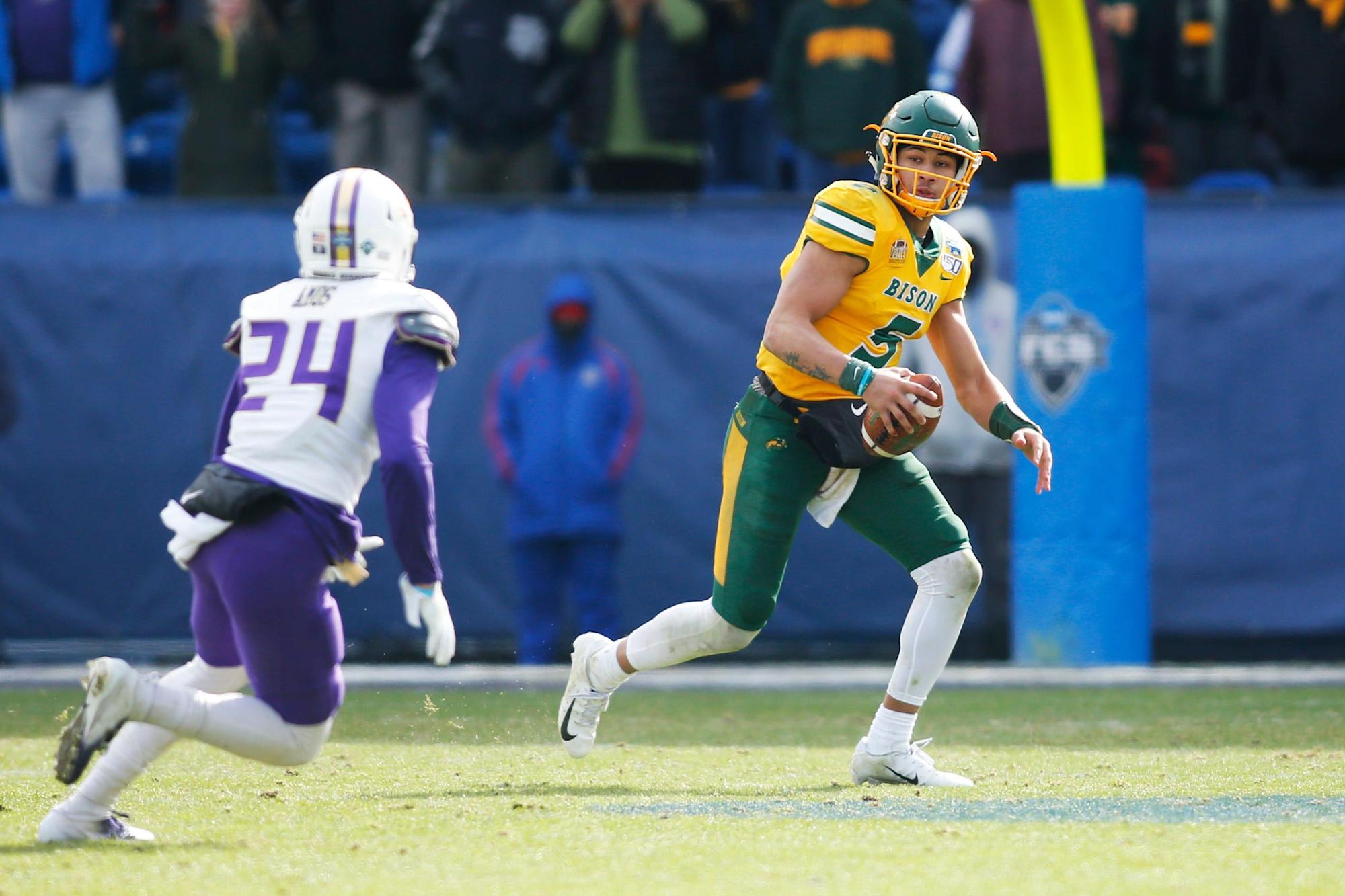 Part stock market, part casino, the NFL draft is a three-day (or yearlong, if you count all the legwork) exercise in weighing risk against reward. And the payoff — as well as the toll — of all 32 teams’ decisions won’t be entirely clear for years.

Of course, when forced to account for innumerate variables in weighing one prospect against hundreds of others, there’s no reasonable expectation of finding a “sure thing” in the draft. Every year, though, some players offer a more volatile range of potential career outcomes. And while some of those prospects have provided significant returns on their teams’ initial investments — think of Buffalo Bills quarterback Josh Allen, Seattle Seahawks wide receiver DK Metcalf or Los Angeles Chargers quarterback Justin Herbert — others have gone down as cautionary tales.

These 10 players could be the biggest boom-or-bust prospects of the 2021 NFL draft class:

NFL DRAFT: 11 teams that might turn heads by picking a quarterback

MORE: 10 NFL draft prospects who could have better careers as pros

Projecting how quarterbacks will transition to the NFL regularly entails multiple leaps of faith, but whichever team selects Lance will have to sort through several unknowns. After proving prolific while compiling a 17-0 record during his time at the Football Championship Subdivision level, the 6-4, 224-pound passer faces a steep learning curve at the next level, as he’ll be asked to make reads and timing throws that weren’t demanded of him in North Dakota State’s run-heavy offense. His accuracy, particularly deep, can also be erratic. Watch out, though, if he catches up to speed on those fronts. Lance could be a singular talent thanks to his uncommon blend of arm strength, running ability, savvy and composure.

Any player who draws comparisons to Patrick Mahomes and Aaron Rodgers after a breakout season should generate both excitement and suspicion. Delivering one dazzling downfield strike after another last year, Wilson built a buzz as the NFL’s next unconventional playmaker. It’s worth wondering, though, whether those results are replicable in the face of consistent pressure, which the 6-2, 214-pound quarterback was rarely subjected to last year. And while his off-platform throws made for some of college football’s best highlights last season, his repeated footwork lapses and daredevil playing style could yield interceptions in bunches. Widely linked to the New York Jets with the No. 2 pick, Wilson could be just what the moribund franchise needs for a turnaround … or he could become the latest in a long line of letdowns at quarterback.

MORE: BYU quarterback Zach Wilson is the buzz of the NFL draft. But does his potential warrant the hype?

At 5-7 and 180 pounds, is the diminutive speedster the next Tyreek Hill or Tavon Austin? Maybe neither, as it could be a stretch for Moore to reach the highs of Hill, the three-time All-Pro Kansas City Chiefs star, or lows of Austin, the former top 10 pick who never eclipsed 510 receiving yards in a season. There’s no denying his electric ability with the ball in his hands. But given his stature, injury history (missed 11 games in last two years) and inexperience with downfield routes, Moore might find that his pro success will largely be tied to whether he lands with a staff creative enough to utilize his strengths while bringing the rest of his game along.

Left in single coverage last year, Toney proved adept at shaking defenders in coverage and once he had the ball, as few of his peers could match his cutting ability. Yet in the NFL, it’s unreasonable to expect the 6-0, 193-pounder to juke all comers in the same fashion he did in college. It’s imperative, then, for Toney to develop better pacing and polish in his routes while also establishing himself as a reliable target on contested catches. Still, his penchant for generating big plays after the catch should solidify his place in the first round and earn him plenty of looks early in his career.

A former five-star recruit, Little has the frame (6-7, 313 pounds) and movement skills to be a cornerstone left tackle. But after playing in just one game in 2019 due to a torn anterior cruciate ligament and then sitting out last year, his development is a mystery. Some teams might see the ideal package for a high-level pass protector, but others could be wary of the work still left to be done.

With rare speed (4.36 seconds in the 40-yard dash) for a player of his size (6-5, 257 pounds), Oweh will be a problem for any offensive tackle who’s not fully prepared for his outside speed rush. When denied a runway to the quarterback, however, he doesn’t have much of a backup plan. Having only started one year at Penn State after picking up football as a high school junior, Oweh still could make a significant leap if a pro coaching staff can hone his instincts and moves. His one-note style, however, will only go so far at the next level.

A wide receiver and safety throughout most of high school, Rousseau burst onto the college football scene in 2019 by recording 15 1/2 sacks as a redshirt freshman before opting out of last season. While the appeal of his 6-7, 266-pound frame is readily evident in his pass rushes, so too is his inexperience. After repeatedly moving inside and beating college offensive linemen with his length and sheer determination, Rousseau will need to find new ways to get past blockers at the next level, as he lacks the strength for an effective bull rush. If he bulks up without losing any explosiveness, Rousseau could be an imposing matchup, but there’s substantial work to be done before he can become a legitimate threat off the edge.

At American Heritage High School in Plantation, Florida, Campbell teamed up with Alabama cornerback Patrick Surtain II to form one of the best prep cornerback tandems in years. But whereas Surtain became a master technician in college to position himself to become a potential top-10 pick in April, Campbell is too often undone by his own missteps. Combining a 6-1, 193-pound frame with outstanding long speed and agility, he has all the physical traits teams prize in their search for shutdown corners. Yet his struggles to match receivers’ routes and get in position to make a play on the ball could leave him vulnerable in coverage early and often in his pro career.

Before he opted out of the 2020 season, Farley was considered by many a top-10 pick and the premier cornerback in the draft. Fast forward to this spring after his microdiscectomy, however, and he might have been leapfrogged by Surtain, South Carolina’s Jaycee Horn and Northwestern’s Greg Newsome II. While Farley said doctors believe he’ll be ready for the season, he also missed the final two games of 2019 with a back injury and tore his ACL as a freshman. On the field, his feel for the position is still developing with just two seasons of experience after switching from wide receiver. Still, at 6-2 and 197 pounds with excellent closing speed and ball skills, Farley could be a steal if he slides on draft day.

When the ball is thrown toward Cisco, a big play is typically ahead. It’s just not always clear whether it will be an interception — he grabbed 13 in 24 games — or a long completion, as his audacious approach leaves him vulnerable to being burned. His run defense is a mixed bag as well, with plenty of highlight-reel hits and head-scratching misses. Cisco’s extensive range and knack for finding the ball could make him a dynamic safety, but his high-risk playing style could be his undoing if he isn’t more discerning.