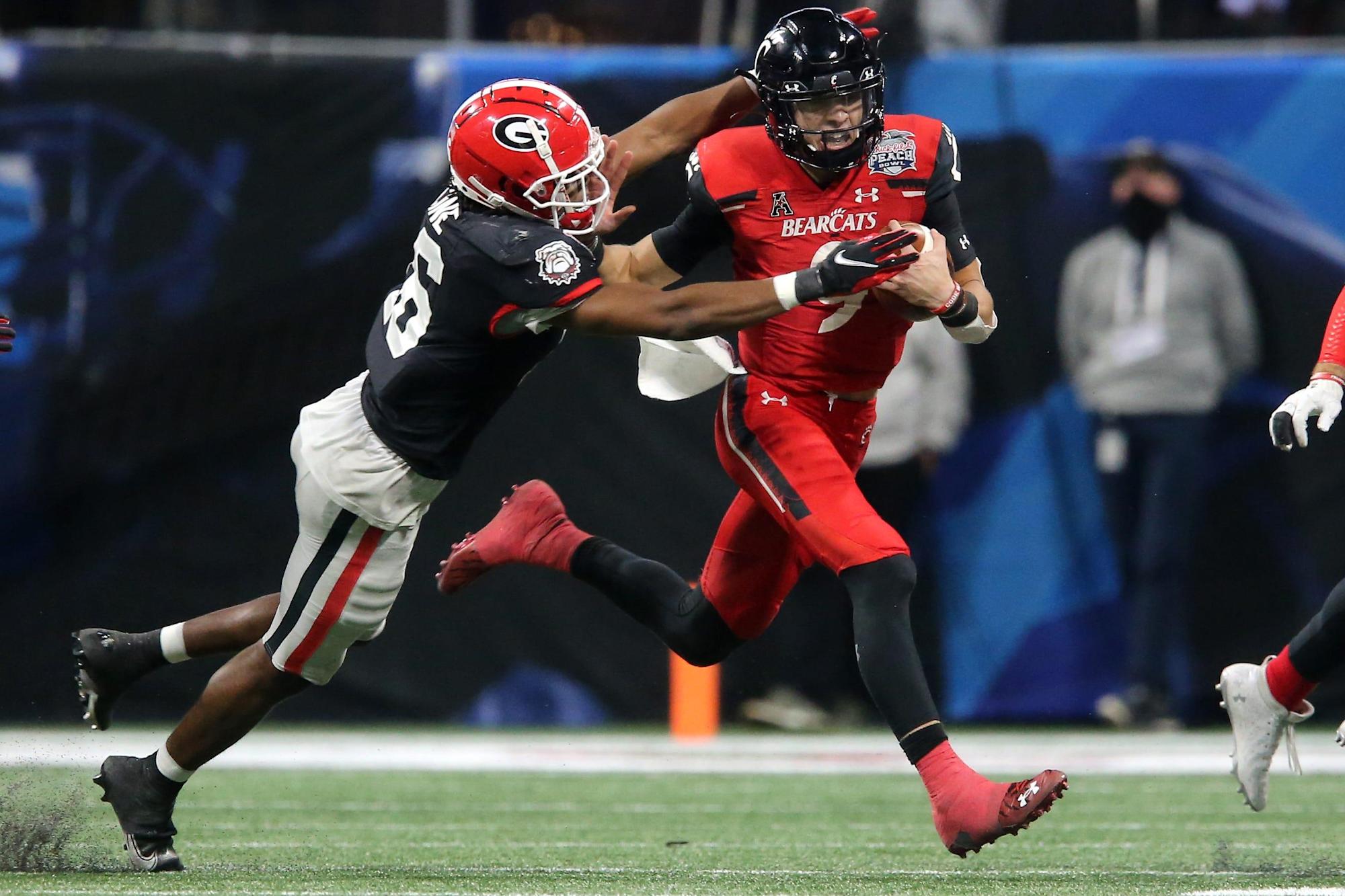 Georgia is looking really solid at the safety position for the upcoming 2021 college football season.

Returning to Athens is Lewis Cine, a hard-hitting junior who recorded 38 tackles in 2020. Newcomer Tykee Smith, a transfer from West Virginia, joins Cine to form a deadly duo. Smith is considered a pre-season All-American by many outlets.

Pro Football Network, which recently released its rankings of the top safeties for the 2022 NFL draft, is also high on Smith, ranking him as the third-best safety in next year’s draft class.

As for Cine, Pro Football Network has him at No. 7.

After two seasons of dominating the Big 12 for West Virginia, Tykee Smith entered the transfer portal in late March. It’s safe to say he was the best defensive player in the portal during the spring. Having lost most of their secondary to this year’s draft, Georgia now has two of the top safeties in the 2022 NFL Draft with Smith and Lewis Cine.

As a Mountaineer last season, Smith (5 feet, 11 inches, 198 pounds) was a finalist for the 2020 Jim Thorpe Award, given to the nation’s top defensive back. He was the second highest graded defensive back in the country (85.3), according to PFF.

The junior racked up 61 tackles, 2 interceptions, and added 5 passes defended while helping West Virginia’s defense to the No. 1 passing defense in the country in 2020 (159.6 ypg), in a pass-heavy Big 12 conference nonetheless.