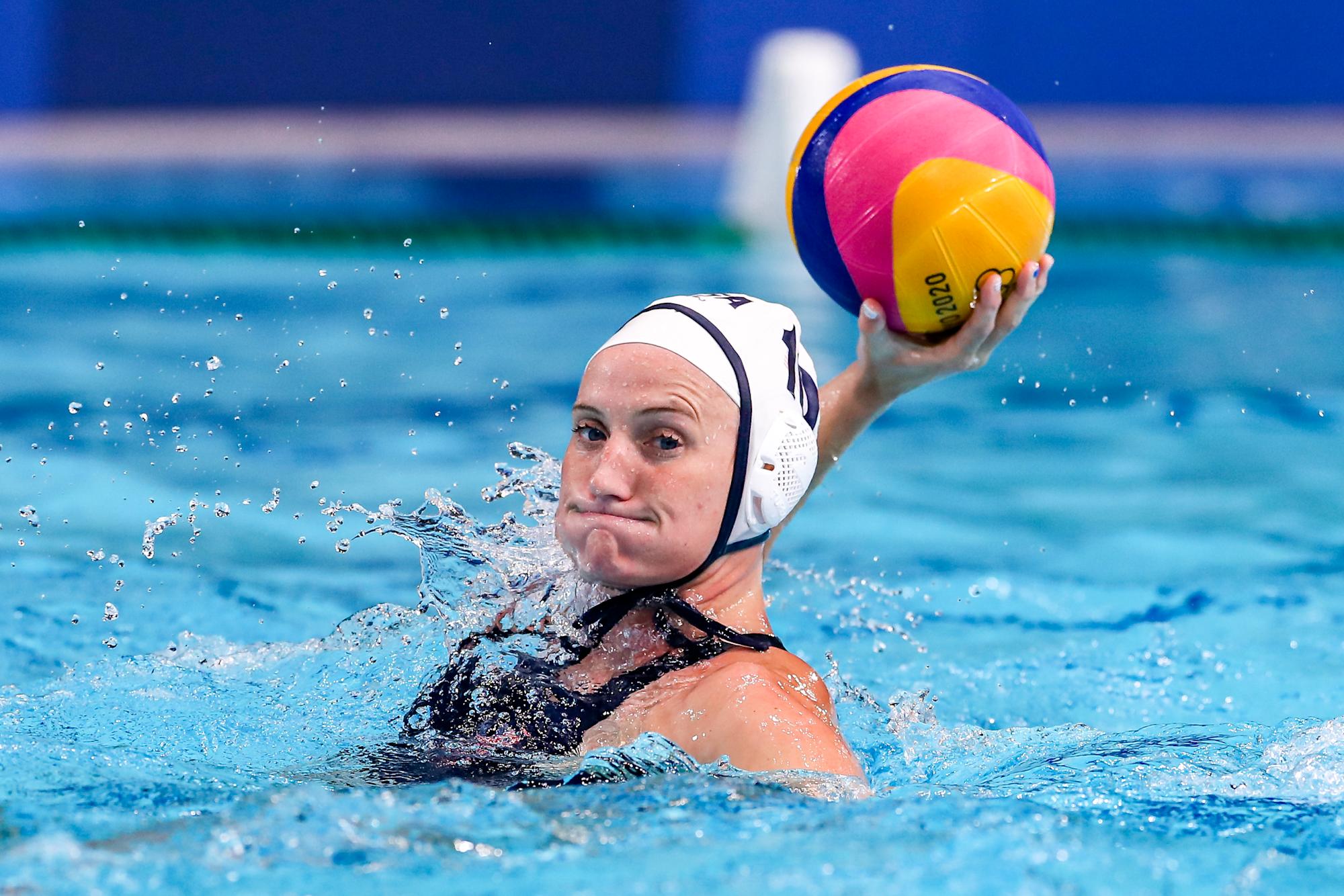 TOKYO — Kaleigh Gilchrist remembers falling. Not precisely how, or to where. But she remembers the balcony giving way beneath her feet. She remembers, seconds later, being trapped. And she remembers lurching into survival mode.

Moments earlier, July 26, 2019, had been one of the happiest days of her life. She and her USA Water Polo teammates had won a world championship. They’d gone out to celebrate at a nightclub in Gwangju, South Korea. “It was insane,” Gilchrist says of the party.

Then, in an instant, it became terrifying. The balcony crumbled. Gilchrist and other athletes had been on it. They hurtled toward earth. She struck the ground. The balcony’s remnants struck her, and pinned her down, and gashed her leg.

Gilchrist scrambled to a sidewalk. She was losing blood, rapidly, and fading in and out of consciousness. Chris Bates, a USA Water Polo trainer, turned his belt into a tourniquet and tied it tight around her wounded leg. An ambulance arrived and rushed her to a nearby hospital. She awoke from emergency surgery in the morning to learn that the debris had been millimeters away from slicing a nerve.

The collapse killed two and injured 16 in total. After 48 hours of shock, Gilchrist felt fortunate to escape with lacerations and muscle damage. She returned home to Southern California in a wheelchair the following week, determined to attack months of rehab. To return to water polo. To beat the clock. To make the Olympic team.

She ultimately did, and on Saturday, she won a second gold medal.

What she didn’t realize at the time, though, was that the physical injuries wouldn’t be her biggest obstacles. Memories were.

The grueling rehab process began with an order to chill — something Gilchrist had never really done in her life. Heck, in the Korean hospital, plans for a mid-August surf trip still danced fancifully in her head. She soon found out that in mid-August, she wouldn’t even be able to walk.

Doctors told her to rest. To let her wounds close. To watch carefully for signs of infection. She did, for two weeks, her leg bandaged. But all along, patience clashed with her antsy personality, and with her race against time. The Olympic team would be named in nine months. Gilchrist targeted a mid-December return. Two-and-a-half weeks after the scariest night of her life, she hit the gym. She got some stitches removed. The rest were gone a week after that.

Early in the process, she’d chatted with Kobe Bryant, whose passing friendship she’d courted years earlier. She channeled the Mamba Mentality, and dubbed her comeback the Mamba Mission. Day after day, she began pool work at 6 a.m. She often wasn’t home until 8.

She started by picking up marbles with her toes, retraining the muscles in her lower leg and foot. Then she began to push, to lift weights, to embrace blood flow restriction training. She got creative, even repurposing an old Kobe method on “Tap Dance Tuesdays.” She added artistic swimming to the program. And then surfing. Toward the end of October, ahead of schedule by any reasonable standards, she jumped back in with the polo team. Two minutes in scrimmages became four, then eight. Physical therapy continued relentlessly apace.

She hit her December target, and “actually played OK” in her first game back. She felt proud, and on course for Tokyo. A month later, “I felt completely back physically,” she says.

But beneath her surface, trouble stirred.

Gilchrist had focused so narrowly and intensely on the physical aspect of recovery that she shoved aside feelings along the way. She didn’t fully reckon with what she felt after Kobe’s tragic death. She told herself grief was for others, for the victims’ families, not for starstruck acquaintances.

During a late-Feburary training camp, days after Bryant’s public memorial, trouble flooded to the fore. Gilchrist had her first full-blown panic attack in the water that Tuesday. She brushed it off, and gutted through Wednesday. On Thursday morning, at breakfast, she fainted into head coach Adam Krikoran’s arms.

“And that,” she says, “was the day I called a therapist for the first time.”

After the second panic attack in quick succession, Gilchrist acknowledged what she’d long refused to: that she cured her physical health at the expense of her mental health, and that the Olympic chase couldn’t go on without both. So she stopped telling herself she was fine. She went to the team’s sports psychologist, and decided, “OK, I need to deal with this stuff.”

And she found, during multiple therapy sessions per week, that “this stuff” was so much deeper than she imagined.

Doctors diagnosed her with post-traumatic stress disorder, her irrational fears stemming from that awful July night. She’d panic in elevators, she learned via therapy, because she’d been in one that night en route to surgery. She’d get claustrophobic. Airplane bathrooms made her anxious. She feared being trapped by objects, like she had been when the balcony collapsed.

She and her therapist worked through her PTSD in a variety of ways. They did months of eye-movement desensitization and reprocessing, or EMDR, an established treatment that helped rewire Gilchrist’s brain. They used visual cues to reframe her processing of the incident as a less-triggering memory.

They also used exposure therapy. Gilchrist would sit in an elevator, first with her phone and her therapist on the line. Then, eventually, alone. For 45 minutes. The forced discomfort, over time, made her more comfortable.

The pandemic, and Olympic postponement, gave her time to “deal with these feelings that I was clearly pushing down for so long,” she says. She’s grown immeasurably since. She’s realized that she’s allowed to feel whatever her body tells her to feel, justification unnecessary. She understands that sadness and happiness, fear and laughter, grief and love can all coexist.

The therapy hasn’t completely eliminated panic attacks, and she knows it probably never will. She still occasionally experiences flashbacks, most recently while watching a Marvel movie, when a character got pinned down like she once did. But therapy has given her confidence and tactics to cope with panic. It’s given her the knowledge “that it’s OK to not be OK,” she says.

She arrived in Tokyo full of gratitude for every encouraging text, every bouquet of flowers, every ounce of affection. For a while, she wasn’t quite sure how she could possibly repay so many people for their support.

Her resolution, beyond thank yous, was to “put everything I have into this process. … To push through the tough, dark times, both mentally and physically.” She did, and made the Olympic team, and helped it to Saturday’s final against Spain. She scored two goals in a resounding 14-5 win. And the multi-year struggle to get here?