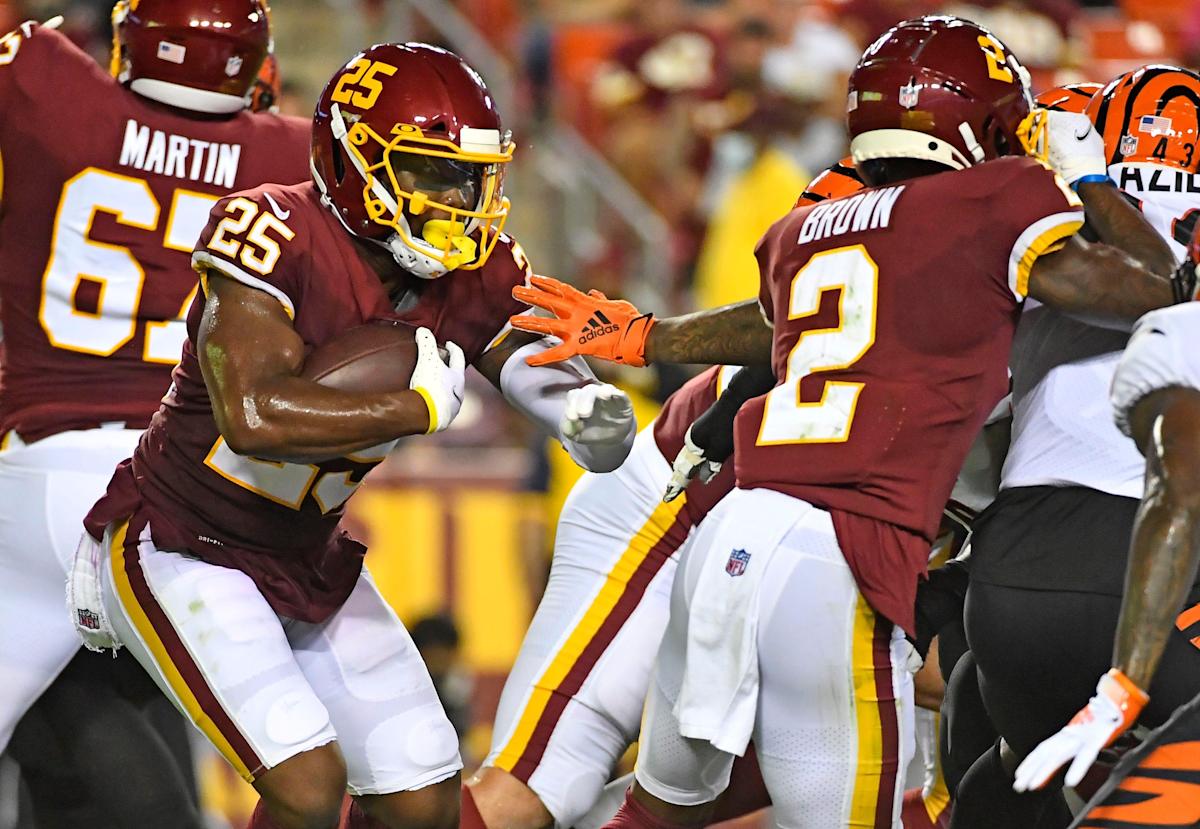 For hundreds of NFL players, Tuesday marks the end of the line.

The league’s annual cutdown day forces teams to whittle down their rosters from 80 players to 53 ahead of the start of the regular season. And while there are opportunities for both rookies and veterans to latch on with different teams – or try to hang on via a practice squad – but those are few and far between with teams already turning their focus to preparation for Week 1.

Here are some of the notable players who have been let go throughout the league ahead of Tuesday’s 4 p.m. ET deadline:

Newton’s release comes as the most stunning move of roster cutdown day so far. Bill Belichick had insisted in training camp that the veteran would remain his starter and said earlier Tuesday morning that Newton was “definitely moving in the right direction.” After a strong preseason, Jones now becomes Belichick’s first rookie to start at quarterback since Drew Bledsoe in 1993.

Fulgham finished as the Eagles’ leading receiver last year in a breakout season, recording 38 catches for 539 yards for a passing attack that was in desperate need of reliable targets. With first-round pick DeVonta Smith coming aboard and Quez Watkins breakout in training camp and preseason, however, Fulgham didn’t fit into the Eagles’ plans.

The Saints are parting with Siemian, but only for the time being, as NFL Media’s Ian Rapoport reported that the team plans to re-sign him once rosters settle after cutdown day. Siemian would serve as the primary backup to starter Jameis Winston with Taysom Hill playing a hybrid role, Pelissero reported.

MORE: Sean Payton says Saints could be away from New Orleans for a month after Hurricane Ida

The veteran journeyman’s stay with Gang Green was a short one, with the team releasing him less than a month after he was signed. The job backing up rookie Zach Wilson now is set to go to Mike White.

The younger brother of Atlanta Falcons standout Calvin Ridley is out in Chicago. A fourth-round draft pick out of Georgia in 2019, Ridley caught just 10 passes in the last two seasons.

There will be no NFC North rivalry between St. Brown and his brother, Lions rookie wide receiver Amon-Ra St. Brown, after the elder of the two was waived by the team Tuesday. St. Brown caught seven passes in 12 games last year.

Barber tallied four touchdowns last season as a backup to Antonio Gibson, but the sixth-year veteran appears to have been leapfrogged by undrafted free agent Jaret Patterson, who was one of the preseason’s biggest standouts. Washington also cut 2020 fourth-round pick Antonio Gandy-Golden.

A second-round pick out of Hawaii in 2019, Tavai was taken ahead of the likes of Tennessee Titans wide receiver A.J. Brown and Seattle Seahawks wide receiver, among others. He started 10 games for Detroit last year and received a positive review from linebackers coach Mark DeLeone, who said the third-year player was in “a really good position right now” to make the roster. Ultimately, however, Tavai couldn’t latch on with the new regime of first-year general manager Brad Holmes and coach Dan Campbell.

Despite signing the veteran blocker to a one-year deal in March, Miami is already moving on from Skura as it reshuffles its offensive line. The Dolphins also parted with linebacker Benardrick McKinney, whom the team acquired in a trade with the Houston Texans this offseason.

The Cowboys appear to have settled their backup quarterback battle, keeping Cooper Rush while parting with Gilbert and DiNucci, who each started a game last year when Dak Prescott was injured.

The former Atlanta Falcons standout won’t get a chance to jumpstart his career with an old NFC South rival, as Freeman didn’t make the cut in New Orleans after signing with the Saints earlier in August.