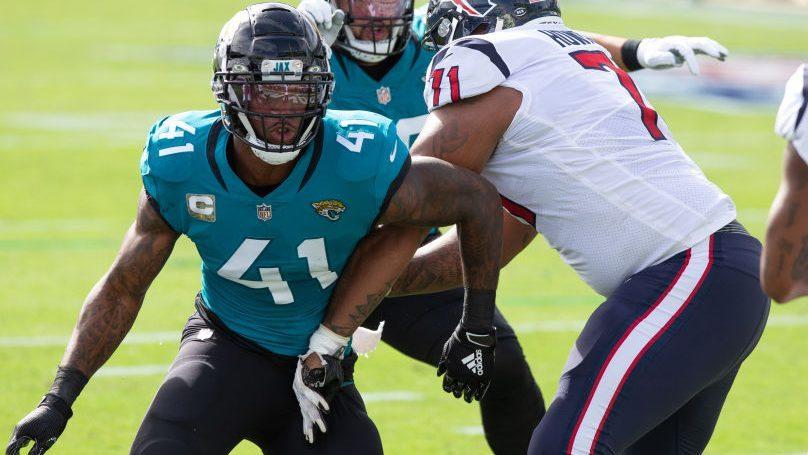 The arrival of Urban Meyer in Jacksonville was met with approval by Jaguars ticket buyers and it’s garnered a similar response from one of the team’s top pass rushers.

Josh Allen posted 10.5 sacks as a rookie, but dealt with a knee injury that limited him to eight games during Jacksonville’s dismal 2020 season. That came after an offseason that left Allen “confused on how or what to do because I didn’t want to get sick.”

Allen said that the arrival of Meyer has helped change his outlook considerably.

“It’s just a different environment, different vibe, like I just feel about this team and this year and this coaching staff,” Allen said, via Michael DiRocco of ESPN.com. “It’s just I feel like I really haven’t felt this passion and this driven [since] I first got here. When I first got here I was all-in, I was ready, and then stepping back to this year, man, it’s just another . . . rejuvenation.”

It helps that defensive coordinator Joe Cullen plans to move Allen to the outside linebacker spot he played while in college. Allen posted 10.5 sacks playing as a defensive end as a rookie and said he feels he “can be more active in the front” than he was at the other spot.