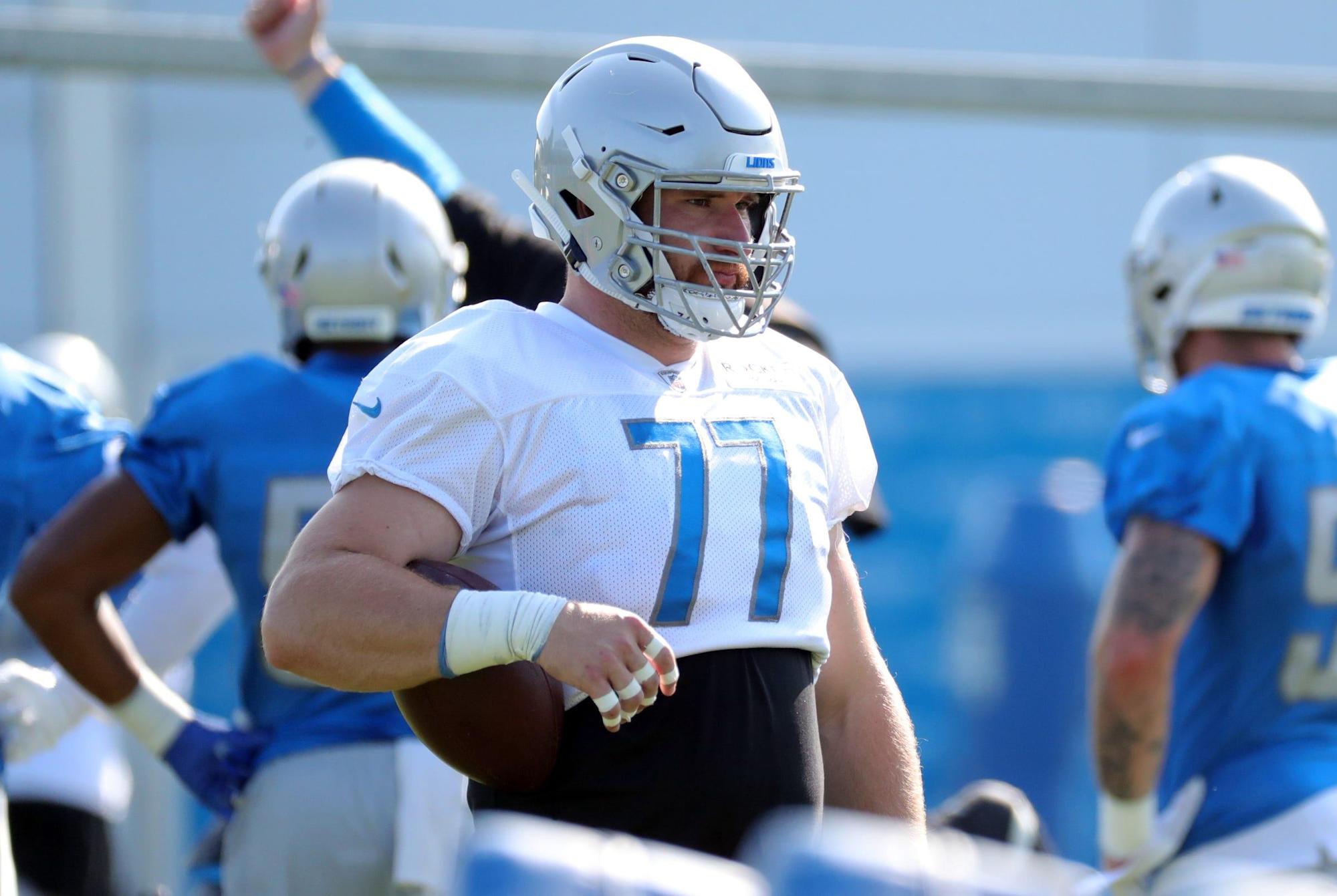 The Detroit Lions made sure Pro Bowl center Frank Ragnow would stick around through at least the 2022 season when they exercised the fifth-year option on his rookie contract last week.

Their intentions, however, are to keep him around much longer than that.

DRAFT REVIEW: Where the state of Michigan’s players ended up this year

“It’s extremely important in terms of, we already view him as a long-term piece and he is a foundational piece because Frank is a guy that plays the game the right way,” Holmes said. “He’s everything that we look for in what we want as a Lion.”

Holmes said Ragnow was one of the first players to reach out to him in January when he was named GM.

“I told him, I said, ‘huge fan of you and you play the game the right way,’ ” Holmes said. “So very important to get it done.”

Ragnow has been one of the Lions’ best and most durable players, regardless of position, during his three seasons in Detroit.

He turns 25 later this month and earned second-team All-Pro honors last season, despite missing two December games with fractured cartilage in his throat.

The Lions took two steps this week towards building what they hope will be one of the best offensive lines in the NFL for years to come.

MORE ON THE LINE:

• Ragnow ‘so thankful’ for his mom, a breast cancer survivor

• Sewell: ‘You live this life once and I’m going to make it count’

A day after exercising Ragnow’s $12.657 million option, they used their first-round pick — No. 7 overall — on Oregon offensive tackle Penei Sewell.

Decker, the oldest member of that nucleus at 27 years old, signed a four-year extension last summer that begins with the 2021 season.

Holmes said he has no timetable for a long-term deal with Ragnow done.

“I’m not going to comment on timetable right now, that’d be a little bit premature,” he said. “But we’re not sitting back and waiting on that one.”

Las Vegas Raiders offensive tackle Kolton Miller is the only first-round pick from the 2018 draft class to sign a contract extension so far. Miller, taken five picks before Ragnow at No. 15, inked a three-year, $54 million extension in March.