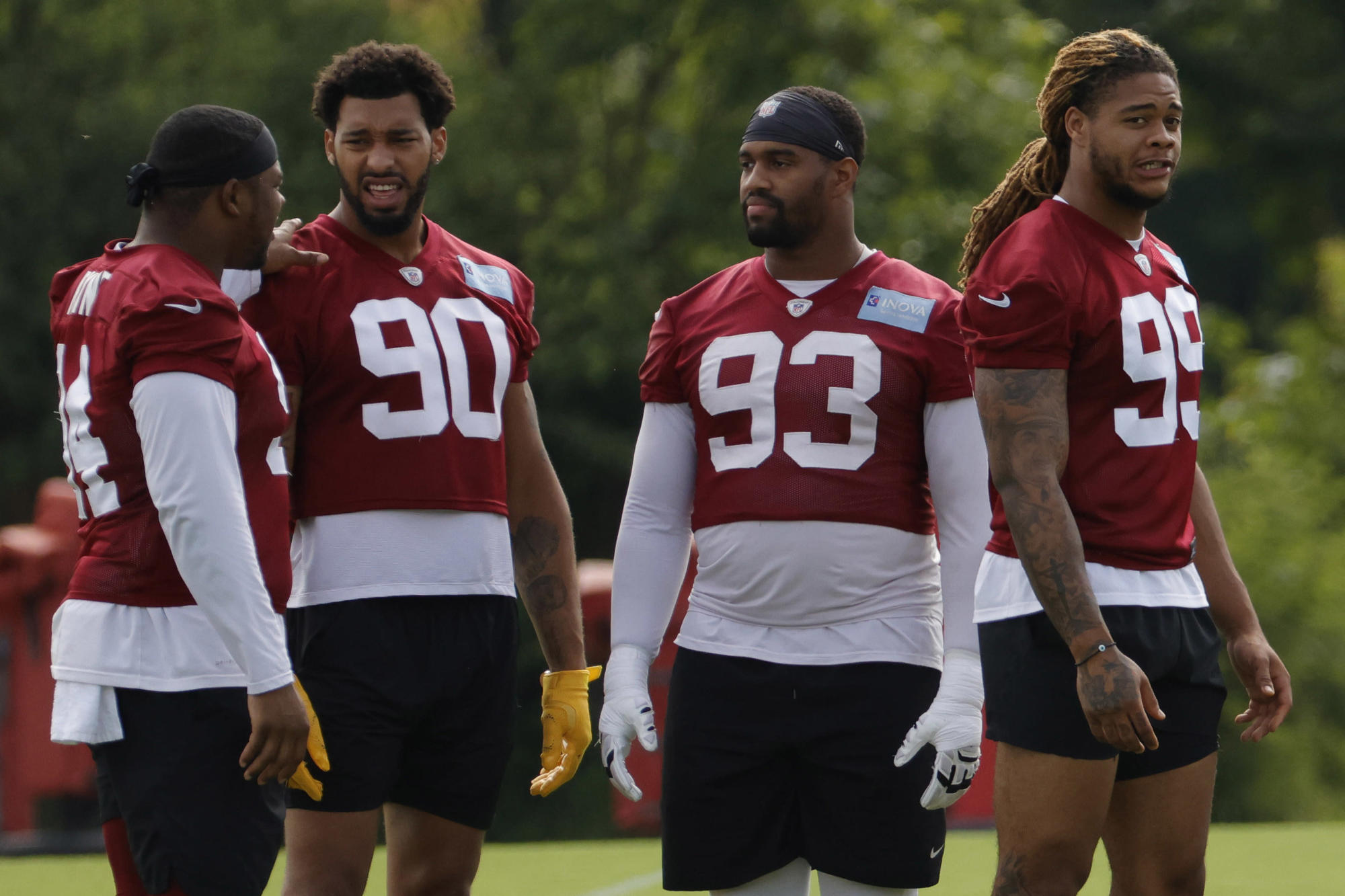 Washington spent four consecutive first-round picks on the defensive line, and those investments began to pay off in a big way in 2020. The Football Team would end the season ranked No. 2 overall in team defense.

Washington returns its entire defensive line rotation, except for the franchise’s all-time sack leader, Ryan Kerrigan, whose role was already diminished last season. The WFT gets back Matt Ioannidis, who missed all but three games last season.

As players are set to report to training camp this week, we now preview Washington’s outstanding defensive line.

Who makes the roster?

How many defensive linemen will Washington keep on the 53-man roster? Let’s start by naming the players we know are in. Young, Sweat, Allen, Payne, Ioannidis and Settle are all locked-in and key players. The Football Team will likely keep one or two additional pass-rushers. The biggest competition on the defensive line is who will back up Young and Sweat at defensive end? Last year, it was Kerrigan and Ryan Anderson. Both are gone. Second-year defensive end James Smith-Williams seems to have the inside track on one roster spot. Smith-Williams performed well in his limited opportunities last season. He has good size, and it is stout against the run. The next battle comes down to a pair of seventh-round rookies in Shaka Toney and William Bradley-King. Toney has an exciting upside. He is slightly on the smaller side but would give the WFT a quick edge rusher off the bench. Bradley-King was a productive college player who should at least stick on the practice squad. Washington doesn’t need help at defensive tackle. Allen, Payne, Settle and Ioannidis are as good as it gets.

What can we expect from Chase Young and Montez Sweat?

LANDOVER, MARYLAND – OCTOBER 11: Montez Sweat #90 of the Washington Football Team celebrates with teammate Chase Young #99 after a play in the second half against the Los Angeles Rams at FedExField on October 11, 2020 in Landover, Maryland. (Photo by Patrick McDermott/Getty Images)

The dynamic young pass-rushers combined for 16.5 sacks last season. Sweat improved to nine sacks after recording seven as a rookie in 2019. Young finished with 7.5 sacks en route to winning NFL defensive rookie of the year. Now, what can the pair do for an encore? If both players can stay healthy, it’s not unreasonable to believe Young and Sweat can record 10 sacks or more in 2021. Washington’s secondary should be even better in 2021, giving Young and Sweat even more time to get after opposing passers.

Washington is loaded at defensive tackle

MIAMI, FL – OCTOBER 13: Tim Settle #97 of the Washington Redskins high fives Jonathan Allen #93 after sacking Josh Rosen #3 of the Miami Dolphins (not pictured) during the first quarter of the game at Hard Rock Stadium on October 13, 2019 in Miami, Florida. (Photo by Eric Espada/Getty Images)

Allen is already one of the best interior defenders in the NFL and is up for a big contract extension. Payne is right behind him. Both players continue to get better each season with Allen having his best NFL season in 2020. The return of Ioannidis does not get mentioned enough. He is one of the better interior pass-rushers in the NFL. His return will keep Payne and Allen fresh. Before his injury, he was a heavy part of the rotation. Settle is another stud inside for Washington. He could start for several teams. The team likely will not be able to keep him around after his contract ends. Settle was Washington’s top interior rusher last season after Ioannidis went down.

Check out our other previews