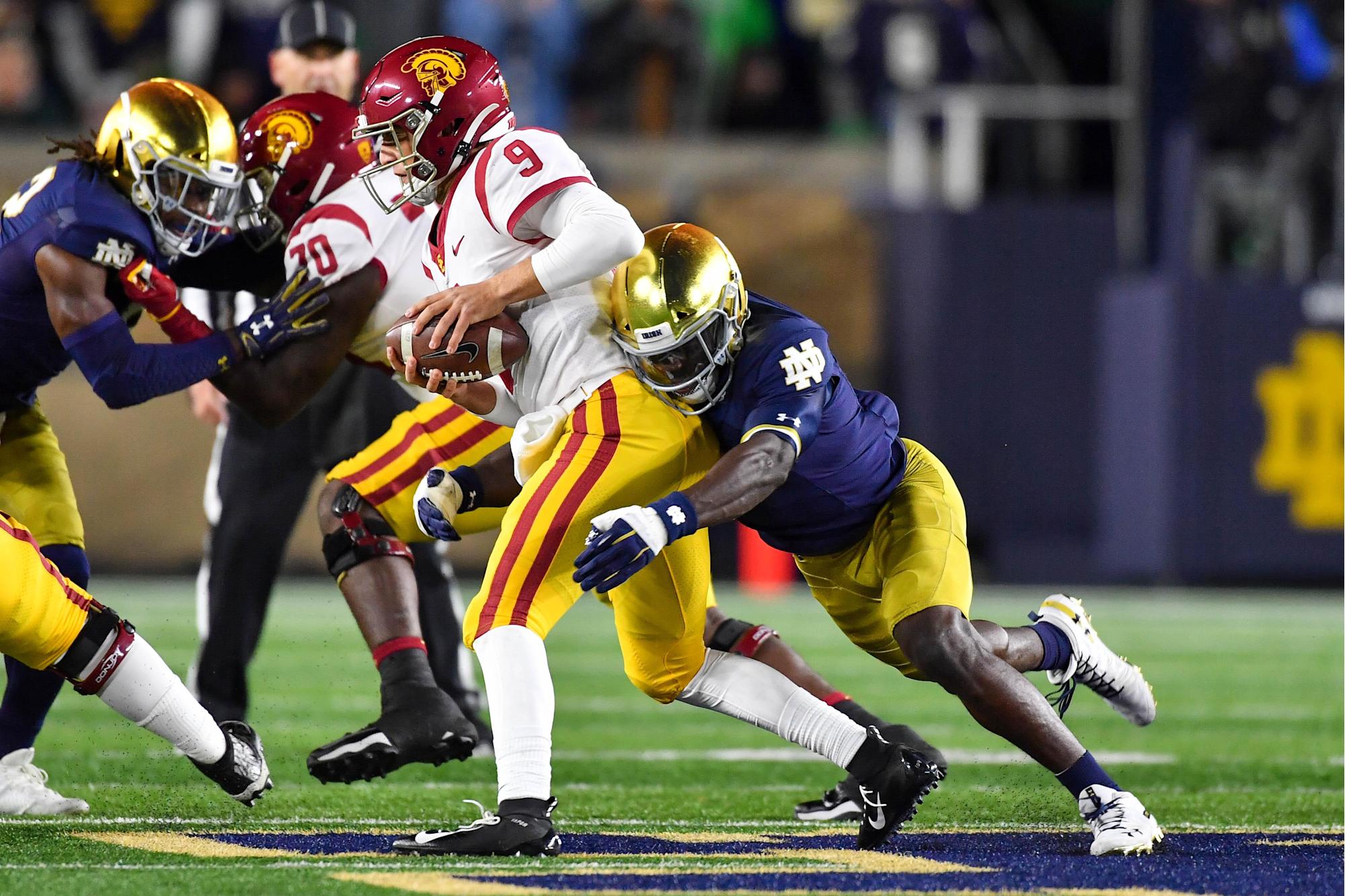 So, for 2021, Washington appears to be in good shape at quarterback. But with the 38-year-old Fitzpatrick only signed to a one-year deal and Heinicke still an unproven journeyman, the WFT is still searching for its quarterback of the future.

That leads us to the 2022 NFL draft. Yes, it’s way too soon to be discussing the 2022 draft, but with training camp about to open in just over a week, Luke Easterling over at Draft Wire produced his latest 2022 mock NFL draft, and he has the Football Team landing its quarterback of the future in the first round.

At No. 12 overall, Easterling has Washington going with Kedon Slovis, a 6-foot-3, 215-pound passer from USC. Primarily a pocket passer, Slovis was brilliant as a freshman in 2019 before taking a small step back in 2020.

Slovis was the fifth quarterback selected in the mock draft.

Keep in mind; Draft Wire has Washington picking at No. 12 using the current Super Bowl odds for every team.

It was a two-round mock draft, and in the second round, Easterling has the WFT going with Florida linebacker Brenton Cox Jr.

Even if Fitzpatrick has a big year and signs another contract with the team, the quarterback position would likely still be in the play for Washington in the 2022 NFL draft.