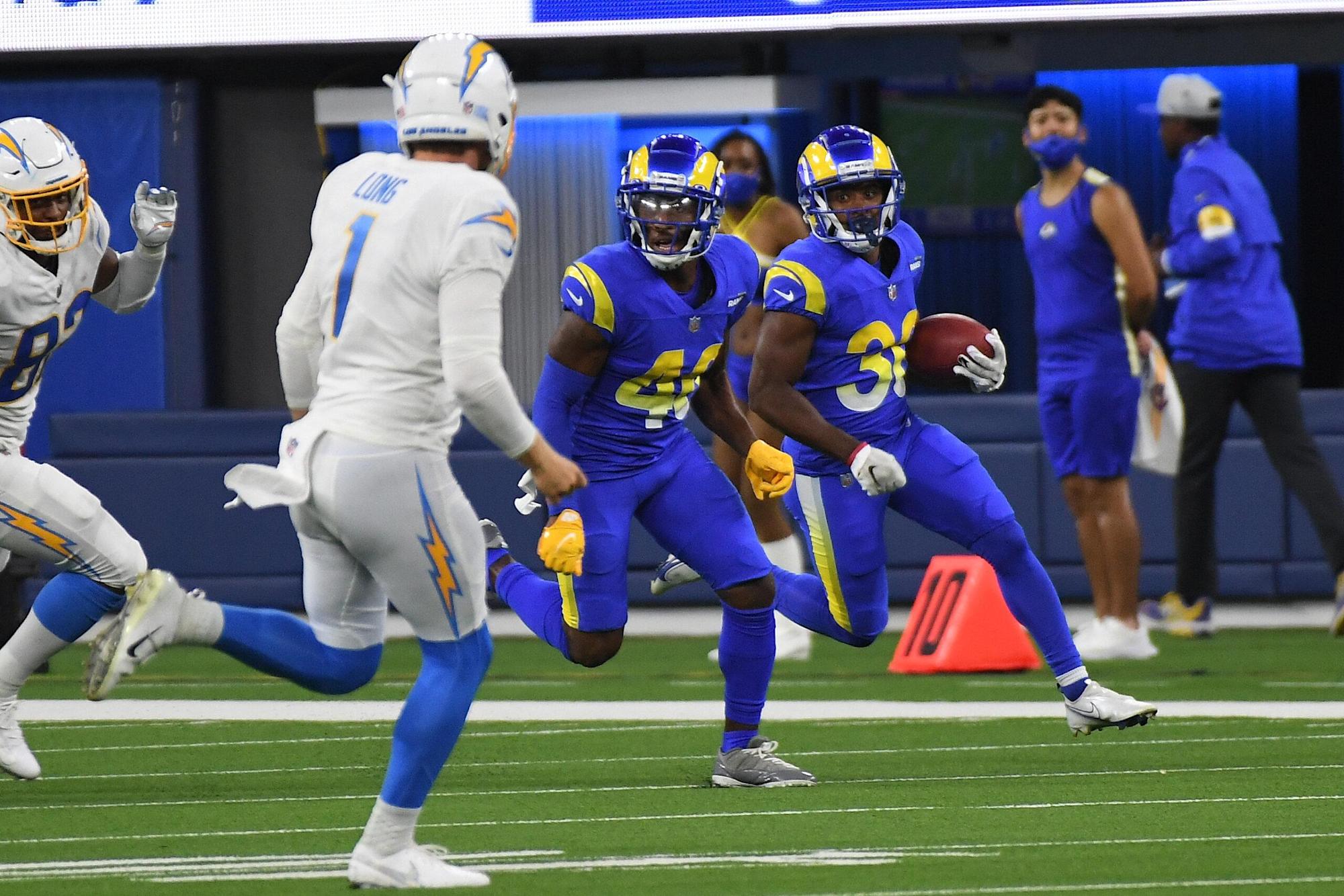 The Rams and Chargers squared off in Week 1 of the preseason on Saturday night, the first game ever with fans at SoFi Stadium. There were understandably some growing pains and rust to be knocked off both offensively and defensively, but the Rams showed some good things, particularly on defense.

The final score isn’t nearly as important as what happened throughout the game, with rookies, veterans and players on the bubble trying to secure spots on the 53-man roster. The Rams wound up losing, 13-6, but there was plenty to be encouraged about.

If you missed the game on Saturday night, be sure to check out the highlights below. It includes Raymond Calais’ 46-yard punt return, Bryce Perkins’ touchdown pass to Trishton Jackson and Justin Lawler’s impact plays early on.